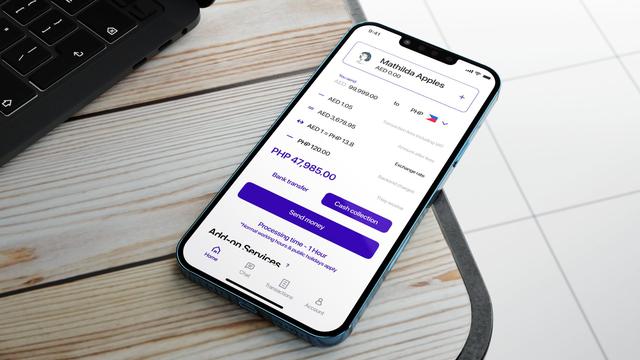 With millions of unbanked and underbanked individuals in the Middle East and North Africa (MENA) region, there is a strong need for new and innovative technologies to help boost financial inclusion and access to financial services.

That includes reducing the cost of cross-border money transfers, which can be extremely expensive in these challenging markets.

It’s this gap that FinTech firm Hubpay is trying to remedy with its cross-border digital wallet, offering no-cost remittances designed specifically at driving financial inclusion in emerging markets where it’s lacking the most.

“Our focus is around how we both offer a solution to the sender and to the receiver,” Hubpay CEO Kevin Kilty told PYMNTS in a recent interview. “There’s an easy way around the sender side, it is effectively making it easier, making it cheaper and making it faster. But on the receiving side, that has been neglected, and that’s really [what’s driving our business] vision.”

Kilty said when people need to send remittances to the United Arab Emirates (UAE), they are not sending to a bank account, but rather to an agent for collection.

Not only is this an extremely expensive way to send and receive payments, but it also limits the ability to financially include people on low incomes, as they are not able to store their financial assets in a financial organization. With Hubpay’s solution, the experience is seamless and opens the door for potential financing and insurance solutions in the near future.

Last month, the MENA-focused FinTech, the first startup licensed in the UAE for digital money services, announced that it has closed a $20 million Series A fundraising round to continue its international expansion this year, particularly in Asia and Africa.

“We have launched in the UAE [and] we will now be launching in Pakistan later this year. That’s the first end-to-end corridor we will do and we’re looking to really replicate that across the key corridors being served in the Gulf region, which is the largest remittance market globally,” added Kilty, whose company operates offices in Dubai and Abu Dhabi, as well as Karachi, Pakistan, and London, England.

As a FinTech with a focus on financial inclusion, Hubpay is pro-regulation and has developed strong relationships with regulators in its core target markets of the UAE and Pakistan, where the company has acquired licenses.

However, while Western countries have benefited from the advent of open banking protocols in recent years that have made it seamless for FinTech to integrate the solution with banks, Kilty said the same regulatory advances have yet to be seen in Gulf nations.

A challenge Hubpay also faces is the relatively slow roll out of technologies in some of the markets they want to operate within.

“While we can still operate [digital] wallets, we still need to provide cash out at some point to people,” he said. “POS [point of sale] machines are growing, but it’s still early on.”

But as the regulatory environment in these markets continues to improve, Hubpay is gearing up to launch the business in more regions like Egypt and Saudi Arabia, where governments are working on FinTech legislation.

“We believe that’s going to be a very good foundation for setting up further growth in the region and offering the products that consumers need while protecting consumers,” Kilty noted.

Additionally, he said that as conventional banks like Barclays and Citibank dominate the banking market, collaborating with these financial institutions is important for players like Hubpay to unlock the wider economic benefits brought about by innovative financial technology — and to reach more customers.

When it comes to blockchain technology and cryptocurrencies, their potential to drive financial inclusion cannot be understated either.

“Blockchain has a lot of valuable applications across bank financial infrastructure, both in payments, and in capital markets, reconciliation of payment flows, how we control Ledger settlement times, reducing costs [and] improving the data,” Kilty explained, adding that demand for these newer technologies is going to be greater across the board moving forward.

Sign up here for daily updates on all of PYMNTS’ Europe, Middle East and Africa (EMEA) coverage.

what service will cover a phone that folds open