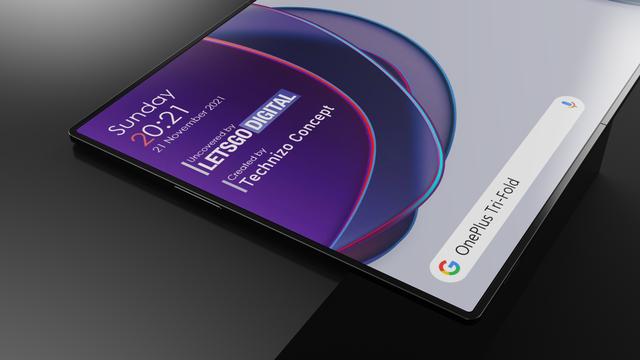 LetsGoDigital has discovered a patent filed by OnePlus for a 'Tri-Fold Foldable Device'. Filed with the World Intellectual Property Organization (WIPO), the design appears to be the first foldable smartphone that OnePlus has patented. By contrast, Oppo is expected to unveil a foldable smartphone, codenamed 'Peacock', before the end of the year.

Based on the patent drawings, the Tri-Fold Foldable Device has two hinges, with one approximately the thickness of the entire device. Seemingly, the large hinge holds the outer displays together, while the smaller second hinge binds the middle portion and the right-sided portion together. Magnets hold the device closed, too.

The drawings also describe a 'rotating turning plate' that allows the device to fold into a triangle. LetsGoDigital speculates that one side could be playing a video with the other showing a messaging app or a browser. The utility of such a feature seems limited to sharing the foldable with someone else, though. 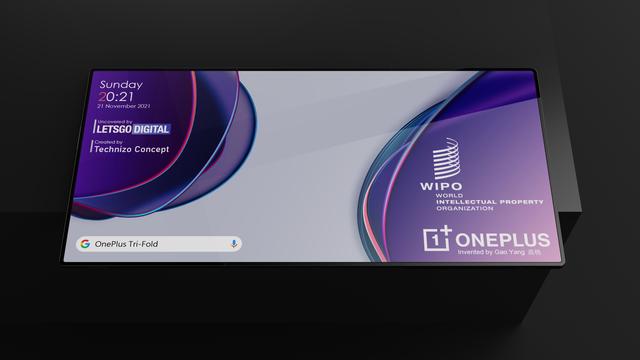 It is unclear if, or when, plans to release the Tri-Fold Foldable Device. However, Samsung Display has already showcased a device that resembles OnePlus' patent. Theoretically, OnePlus could source this display for its foldable smartphone, which Samsung exhibited as the 'Flex In & Out'. Samsung hoped to supply this design to smartphone manufacturers, although it would not name which ones.

Purchase the OnePlus 8T on Amazon

Working For NotebookcheckAre you a techie who knows how to write? Then join our Team!Wanted: German-English-Translator (English native speakers preferred)Details hereSurveyJoin our Support Satisfaction Survey 2022: We want to hear about your experiences!Participate here