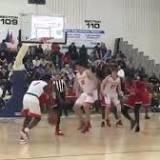 Doug Edert simply did what he has always done.

As a senior at Bergen Catholic in 2019, he heated up during the NJSIAA boys basketball playoffs and helped propel the Crusaders to the Non-Public A state title, plus a berth in the Tournament of Champions final.

Now a junior at St. Peter’s University, the 6-foot-2 shooting guard came through in the clutch during the Peacock’s run to the MAAC championship, which landed them in the NCAA Tournament for the first time in 11 years.

“I hate losing. And especially now, when you lose, you’re done,” Edert said Tuesday over the phone, hours after St. Peter’s landed in Indianapolis for its first-round game.

“Winning is the only thing that will allow you to stay in it and keep playing basketball, which is what I love doing. So, I’m going to do everything I possibly can to help my team win basketball games.”

In high school, that included making 26 three-pointers over his final eight games, a stretch that ended with a four-point loss to Ranney in the TOC title game.

“Obviously, my team at Bergen, we were not finished yet with what we had to do,” Edert said. “My team here now, St. Peter’s, we’re still not done. We don’t want to stop playing.”

His role in continuing the Peacock’s season included a 20-point performance in Saturday’s MAAC final against in-state rival Monmouth – the second time he reached that mark in 29 games.

Edert knocked down a dagger 3-pointer with 46 seconds to go, giving the Peacocks a five-point lead in an eventual 60-54 win. 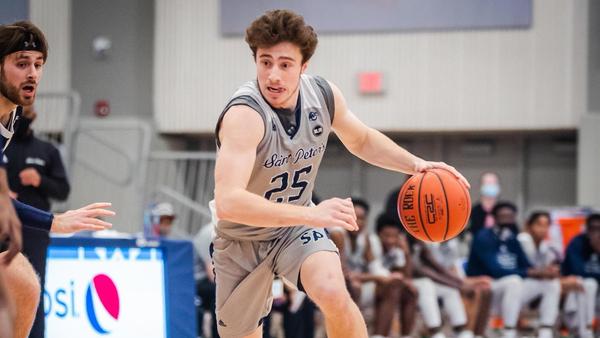 Edert, who turned 22 earlier this month, probably could be a starter in a different situation. But he plays within coach Shaheen Holloway’s system, and it works.

“Everybody sacrificed something,” Holloway said after Saturday’s victory. “We’re a team that played 10-11 guys double-figure minutes. A lot of people told me I was crazy to do that… but for the last couple years, we were doing it, and we’ve been successful.”

During the same postgame presser, the former Seton Hall point guard also made a point to champion his players who were snubbed when it came to all-conference honors.

“It’s a shame that Doug Edert didn’t get Sixth Man of the Year,” Holloway said. “When you win 14 games in the league, and only get two guys on the [All-Conference] teams, it’s a little kick in the you-know-what. So, these guys came out with a little chip on their shoulder.”

St. Peter’s finished 10-22 in Holloway’s first season as coach. In the three seasons since Edert’s class arrived, the Peacocks (19-11, 14-6 MAAC) have posted a winning record each year.

Their next opponent is quite familiar with winning. As a No. 15 seed in the East Region, St. Peter’s drew No. 2 Kentucky, perhaps the No. 1 blueblood in Division I men’s basketball.

“Everybody knows Kentucky basketball,” Edert said, before repeating a Hoosiers-like adage. “The thing is, they put on sneakers just like we do. They play with the same basketballs we do. And to prepare for such a game, we’re going to prepare like we’ve prepared all season for every game.”

They won’t be measuring the backboards and baselines at Hinkle Fieldhouse, as did the characters in the 1986 film Hoosiers. The Peacocks will take the court at Gainbridge Fieldhouse, home of the Indiana Pacers, which will provide the spotlight under which Edert likes to raise his game.