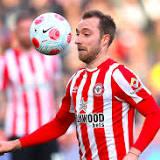 We are already passed through the two-thirds of the season, ups and downs on the league table as slowed down, teams are trying to focus on their chemistry to move upwards in the league table. After the end of FPL 2021/22 Gameweek 29, there has been a lot of share of points with the premium assets delivering huge points. Apart from the popular picks, there are quite a number of players, who have impressed over the weekend with points and underlying stats. The onset of good fixtures along with their form can really turn them into good replacements for the underperforming assets of the fantasy team. All the managers are trying to stabilize their teams with suitable options before the price hikes. In this FPL Gameweek 30 Watchlist 2021/22, we will be looking at 5 Fantasy players, who could become future transfer targets, carrying their good run.

The watch list is back to identify players who’ve caught the eye based on recent performances and upcoming fixtures. Gameweek 30 possesses a unique threat with only four fixtures happening and not a lot of popular choices to consider form. For those of you who have the luxury of a spare Free Hit, this might be the week to opt for it, and here are a few suggestions for your consideration.

Matt Doherty has put impressive numbers for Tottenham in the last few gameweeks. The right-back has amassed 4 attacking returns including 1 goal and 3 assists in his last three starts, along with 2 precious clean sheets. During this time the Irishman has boasted insane numbers of 0.49 non-penalty expected goal involvements per 90 minutes with only Harry Kane, Heung-Min Son, and Dejan Kulusevski ahead of him among teammates.

Doherty in his 11 starts for Tottenham has recorded 0.23 expected assists per 90 mins and 0.25 non-penalty expected goals figure per 90 mins. His attacking numbers include 5 progressive passes per 90 mins along with 4 touches in the opponent’s penalty box every match.

Tottenham Spurs is in an inconsistent run at the moment, after their defeat to Manchester United on gameweek 29, and have an opportunity of turning their fortunes towards the race for the last Champions League spot against Brighton before facing West Ham in gameweek 30. Their blank gameweek 30 opponents West Ham are not in a good shape either with key absentees out due to injury. With a lot of matches yet to be rescheduled and Lucas Digne out due to injury, Doherty can be your man in the defense for this weekend.

it’s slim pickings for a defensive transfer in gameweek 30 with Kieran Tierney, Romain Saïss, and Matt Doherty being the standout options. James Justin returned from his latest step back to feature against Arsenal and could be a key player for Leicester City in their end-of-season run.

The fullback was a breakout start last year before suffering a season-ending injury last February. By gameweek 23 of that season, he had amassed 2 goals, 2 assists, and a tally of 101 FPL points which ranked 4th best amongst defenders at that time. Meanwhile, no defender could better his 1.75 expected goals figure. Tallies of 10 shots and 20 attempted assists stand him apart from the more budget-friendly Daniel Amartey and Luke Thomas who could find their starting places under threat as players return from injury.

Leicester City feature at home to Brentford in gameweek 30 and have three matches yet to be rescheduled. There has been some improvement from the Foxes defensively over the last four gameweeks where they’ve conceded just four goals and kept two clean sheets with only Chelsea, Liverpool, and Aston Villa earning more

Heung-Min Son could be the go-to option for gameweek 30 and beyond if Mohamed Salah‘s injury turns out to be more serious than expected The Egyptian was taken off as a precaution after struggling to run off a foot injury against Brighton. Son meanwhile was denied an assist by the offside flag against Manchester United after Ben Davies found the net from his through ball but the South Korean took a team-leading tally of 2 shots in open play only trailing Cristiano Ronaldo‘s 6 during the match.

Question marks still remain as to whether he’s worth the extra 4.7 million over Dejan Kulusevski since the Swede’s first start in gameweek 25 he’s earned 38 FPL points compared to Son’s 32 and only Harry Kane has more with 47.

Kulusevski has produced a team-leading 2.03 expected assist figure in that time with Son close behind on 1.88. The pair have each taken 12 shots but it’s Son whose efforts have possessed the most quality with 2.06 expected goals figure compared to Kulusevski‘s 1.12. So if it was a short-term punt with Salah coming back in soon after the South Korean’s superior goal threat could be worth chasing

Harvey Barnes stole 3 points for Leicester City in a 1-0 win over Leeds on Gameweek 28 producing their only real moment of quality throughout the match. With 5 goal involvements in seven appearances during this calendar year, Barnes is the fox’s top FPL point scorer with 32 points.

No teammate can better his tally of 17 shots in that time while only Kiernan Dewsbury-Hall has offered more than his 7 attempted assists. He boasts solid underlying stats this season of 1.56 expected goals per 90 mins and 1.06 expected assists per 90 mins. 12 of his 17 shots have come from inside the box along with 4 key passes. With a double gameweek 33 already confirmed for the Foxes and more to be rescheduled, Barnes should be on your radar.

If you already possess the Tottenham big hitters this gameweek with the likes of Harry Kane, Heung-Min Son, and Dejan Kulusevski, already in your squad, Barnes should be your top differential choice. While you may opt for his teammate, James Maddison, Barnes has been more lethal this season becoming an undisputed starter for the Foxes. Leicester faces Brentford on gameweek 30 and is set up for a busy remaining schedule with a double gameweek 33 confirmed and two of their fixtures yet to be rescheduled.

Ivan Toney scored both of Brentford‘s goals in a 2-0 win over Burnley on saturday extending his recent hot streak. Only Mohamed Salah can better his expected goals figure during the gameweek so far. The forward is into double digits for the season now with 11 goals and 7 of those have come during his last four starts.

Since gameweek 22, Toney has averaged 2.6 shots in the box per 90 minutes only training Fabio Silva, Cristiano Ronaldo, and Alexandre Lacazette amongst forwards. Only Harry Kane has been afforded more than his 6 big chances in that time though three of those have come from the penalty spot.

Brentford has won back-to-back matches following Christian Eriksen‘s introduction to the starting lineup. They face a Leicester City side that has conceded an average of 1.95 expected goals per game during this calendar year with only Norwich City faring worse.

What are you waiting for? Setup your squads and join our very own FPL 2021/22 Fantasy League through this invitation code ehvefg or join from this link and win exciting cash rewards for absolutely free!

What are your thoughts on the FPL Gameweek 30 Watchlist 2021/22? Drop your comments in the comments section below!