Home gaming phone Stream Hatchet: three out of 10 most streamed games in 2021 were mobile-exclusive 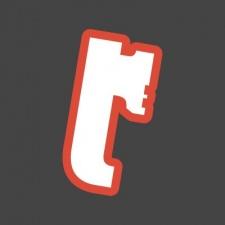 Stream Hatchet: three out of 10 most streamed games in 2021 were mobile-exclusive

Between YouTube, Twitch, and Facebook Gaming, the average watch time per week across all viewers on live streams has been 653 million hours, with a growing proportion coming from live streams of mobile games.

Free Fire, as the third most watched game across the three platforms, was viewed for around 1.23 billion hours. PUBGM and Mobile Legends: Bang Bang, as sixth and tenth respectively, were watched for around 1.09 billion and 889.2 million hours. 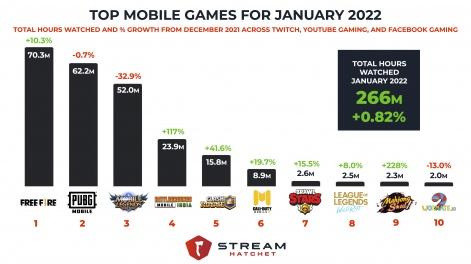 In the report, Stream Hatchet highlights that, contrary to expectations with the waning of the pandemic, time spent watching live streams has continued to see year-on-year growth of 21 per cent.

Newzoo recently released its predictions for trends in esports and game-related live streaming throughout this year, noting that mobile esports have captured millions of fans worldwide.