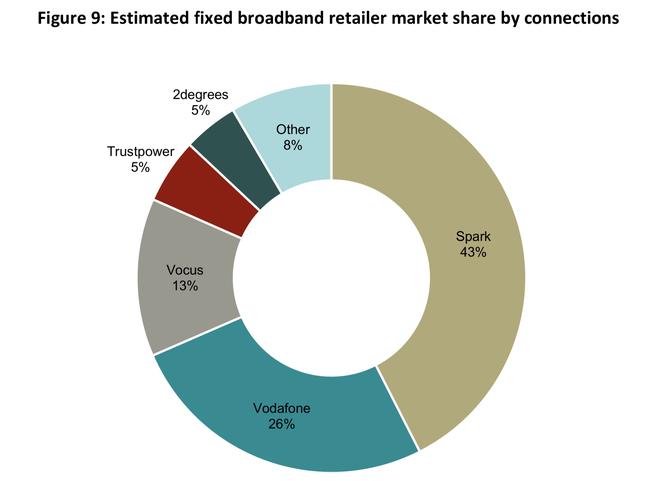 Monday was golive day for the 2degrees 5G network. For now the networkcovers central Auckland and Wellington with limitedChristchurch coverage.

The company says it plans to extendits coverage in the nation’s three largest cities over therest of this year.

2degrees is late the to 5G party.Vodafone launched a service at the tail end of 2019 with 100active towers. This compares with 65 for 2degrees. Vodafonehas steadily added coverage since then. Sparkbegan modestly in mid-2020 with 5G coverage in PalmerstonNorth and has also increased coverage.

None of the 5Gnetworks are anywhere close to being nationwide. Coveragetends to be in densely populated areas and CBDs.

Onedifference between the 2degrees and Vodafone launch is thatthe network coverage is more continuous. On day oneVodafone’s network was spotty with customers moving in andout of coverage while walking down the street.

2degrees says it has spent $1 billion onthe upgrade. That’s not only for the 5G sites. The companyhas worked to improve its 4G coverage at the sametime.

Along the way 2degrees has swapped out the Huaweiequipment that powered the network in the company’s earlydays and replaced it with Ericsson kit.

While Huawei networkequipment is not formally banned in New Zealand, it hasfallen from favour since the government spy agency GCSBturned down a certification application from Spark to usethe hardware.

Apple iPhone users will not be able toconnect to the 2degrees 5G network at first.

Thecompany says it will add Apple and other phone modelssoon.

News media made the lack of phonesupport the main story.

At Newshub, the report reads: 2degreesactivates 5G network in Auckland, Wellington andChristchurch - but not for iPhones. The NZ Herald’sChris Keall picked up the same theme with: 2degreeslaunches 5G - but with no iPhone support, yet.Businessdesk’s Henry Burrell came at the same idea from adifferent angle with 2degreeslaunches 5G, only three phone models compatible.

Thisis an understandable angle for a journalist to take. Afterall, mobile phones is something many readers will relateto.

Yet, despite what the marketing might imply 5G is notmeeting the needs of mobile phone users: the technologyoffers few tangible benefits to them. There are nowidely-used mobile phone apps that need the extra speed orlatency. The most demanding phone apps, including highdefinition two-way video calls work on today’s 4Gnetworks. 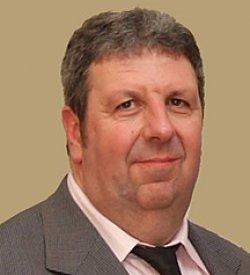 One of those services is fixed wirelessbroadband, that’s something where consumers will notice adifference. 5G performs far better than 4G.

2degrees isnot in a position to sell fixed wireless services on its 5Gnetwork today. The company says it will soon offer a 5G homebroadband modem.

He says the fees are unnecessary: “Operatorsover the last two years have learnt to live without thisrevenue.

"…Why not take the opportunity now to agree tonot reinstate the charges between our two countries, furtherreducing the cost of travel across the ditch.”

Youngsays it would be harder to remove roaming charges fordestinations furtherafield.

While Younghas a point, this is not a hill to die on.

It’s been along time since newspapers ran stories about returningtourists facing hard to justify four figure charges on theirphone bill. Those bad old days of excessive roaming fees arein the past. Governments and regulators fixed thematter.

Today roaming charges are in the order of a fewdollars a day. They are on a par with buying a cup ofcoffee. It’s a financial fleabite, not a body blow.

Thecharges are transparent. When you arrive at an overseasairport and turn your phone on, you may see a messageoutline what to expect. There are few unpleasantsurprises.

Abuses remain. Vodafone's2019 decision to hike roaming charges 40 percent meansfew will give that company the benefit of the doubt.

Onthe other side of the equation, roaming charges represent atiny fraction of total revenue for New Zealand mobileoperators.

You might think they wouldn’t miss therevenue. Yet roaming fees attract a high margin. Droppingthe charges would have a noticeable effect on telco profits.That’s money mobile operators might feel they want to clawback from customers in other ways if the charges wereremoved.

Enable is working with Christchurch CityCouncil to build a free Wi-fi service in the citycentre.

The fibre wholesale company is installingequipment on council infrastructure including traffic lightsand street lights in preparation for a planned launch at theend of June.

Enable says the free service will extend fromthe Bridge of Remembrance and along Oxford Terrace toVictoria Square, across to Colombo Street and back downColombo Street to the Lichfield Street corner.

TCF CEO Paul Brislen says number portingfraud is new in New Zealand. Criminals use a loophole inexisting number porting processes to take control of deviceslike mobile phones. This then allows them to steal from bankaccounts which use the devices for two factor authenticationfor money transfers.

The new process also uses 2FA. When amobile operator gets a porting request, it send the customeran SMS message asking them to confirm they were the personmaking the request. It means numbers can’t be ported withthe owner’s express permission.

InternetNZ Group Chief Executive,Jordan Carter, says he will step down from the role in June.Carter has worked for the organisation for 19 years andspent the last nine as CEO. Andrew Cushen has been appointedas interim chief executive.

Billionaire Elon Musk sent a truckloadof Starlink satellite dishes to Ukraine.The nation’s internet network has been an early anddeliberate casualty of the Russian invasion although at thetime of writing it does appear to be working in many partsof the country. Starlink provides an alternativeconnection.

Bill Bennett publishes technology news and features that are directly relevant to New Zealand readers.Covering enterprise and small business computing, start-ups, listed companies, the technology channel and devices. Bennett's main focus is on New Zealand innovation.Bill Bennett stories are republished on Geekzone and Scoop.Stories published on this site are available to publishers for a fixed fee or a monthly subscription.