5G is a Game Changer for the Test and Measurement Industry

This article appeared in Microwaves & RF and has been published here with permission.

The deployment of 5G across the United States is transforming industrial IT. However, significant differences between 5G and 4G maycreate challenges for the testing and measurement industry. Thecore technologies and relative complexity of 5G means you can’t testequipment and devices with strategies traditionally used for 4G.Instead, testing and measurement companies must adopt new and emergingtechniques.

Presented here are some of the current challengesthat testing and measurement engineers have faced with 5G, and solutionsthe industry offers for testing compatible devices.

5Gtechnology has a lot in common with its predecessor, but keydifferences between the two standards will require the testing industryto develop a new approach. For example, 5G equipment—like all telecommunications equipment—will need to be protected from EMI and tested for EMC.Higher power requirements and frequency bands used by the technologycompared to 4G, however, increase the threat of EMI and change hownetworking hardware may be vulnerable to interference.

Noveltechnology always comes with the uncertainty the testing industry mustbe prepared for. Compatibility issues that emerge when businesses mixand match equipment from different vendors and integrate devices alsocan create unforeseen problems that may not have existed in 4G.

5Gitself is much more flexible than 4G, too. Options for subcarrierspacing, an extremely wide range of usable frequencies, andvirtualization of network functions mean a 5G network can be configuredin various ways. Equipment will need to be flexible in turn toeffectively test 5G. 3GPP standards for 5G are stillextraordinarily new, with three major releases in the past two years andadditional releases—covering topics like the merger of 5Gi into 5G—onthe way.

Implementation of 5G also can vary from network tonetwork or country to country. For example, nations in different regionsof the world are using various frequency bands for their 5Gdeployments. 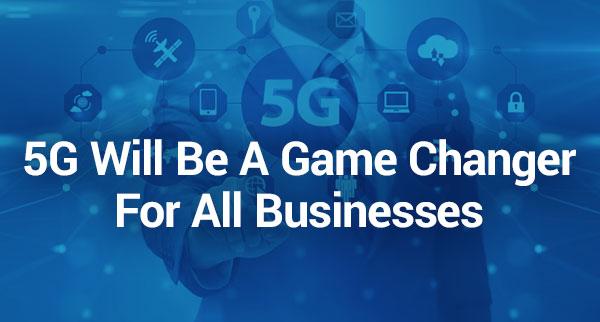 While 4G LTE was older, more-established technology with some level of standardization across networks and deployments, 5G best practices andstandards are much newer and less time-tested. In addition, a newgeneration of networking technology brings new vendors and suppliers,each of which may have its own best practices for manufacturing 5Ghardware or devices. Each solution offers advantages depending on theapplication (see figure).

Businessesworking in the consumer market must test new 5G modems, antennas,subsystems, and fully assembled 5G devices, such as smart technology andsmartphones. Companies working with telcos or similar clients may needto develop testing workflows for base stations. The most significantchanges for the testing industry will be using millimeter-wave (mmWave)technology, beamforming, and arrays of antennas that leveragemultiple-input multiple-output (MIMO). Best practices and testingmethods may need to be developed with these specific technologies inmind.

Furthermore, testing and measurement will need tomonitor and examine important characteristics in the function of 4Gdevices, like RF performance and modulation as well as channel quality.As with many other cases, 5G testing will likely require a diverse arrayof solutions rather than a one-size-fits-all approach. Testing productcharacteristics such as scalability, feature set, and cost-effectivenesscan help guide purchasing decisions.

One major challenge has been evaluatinguser-equipment (UE) transceivers and antennas. Ideally, these componentsare tested and measured separately. It was possible in 4G toindividually test UE components with a cable connection.

In5G, due to the introduction of massive MIMO and the mmWave frequencybands, these components are too tightly integrated to test in this way.The antennas play an essential role in transceiver performance. As aresult, RF testing for these components is typically done over the air.Engineers design their OTA testing for 5Gby creating an accurate and controlled environment through simulating arealistic propagation environment. Strategies for creating this vary.

Oneapproach is to use a 5G OTA testing chamber. These anechoic chamberscan provide an environment that will be effective for testing RFperformance of device transceivers and antennas. In addition to thechamber itself, test engineers also will employ network and channelemulators to create the desired propagation environment and connect tothe device under test (DUT).

Similar OTA test chambersetups may be used to check other devices or performancecharacteristics. For example, using a direct far-field (DFF) testingchamber can allow an engineer to measure the antenna radiation patternof a device, verify chipsets, or test carrier acceptance. Otheravailable OTA testing configurations include compact antenna test range(CATR) chambers, which are typically used as an alternative to DFFtesting. CATR testing is generally considered more effective for largerDUTs or those with large antenna arrays.

Keydifferences between 5G and 4G mean testing and measurementprofessionals can't use existing approaches to test new devices.Instead, they will need to leverage the growing 5G testing technologymarket. Tools like OTA testing chambers can help engineers performvarious tests and measure device performance. They're able to beconfigured and reconfigured for multiple purposes, enabling engineers tomaximize the number of tests possible with each new investment.

Theright approach will allow businesses to effectively test 5G equipment,paving the way for adoption of the technology and a range of newdevices.