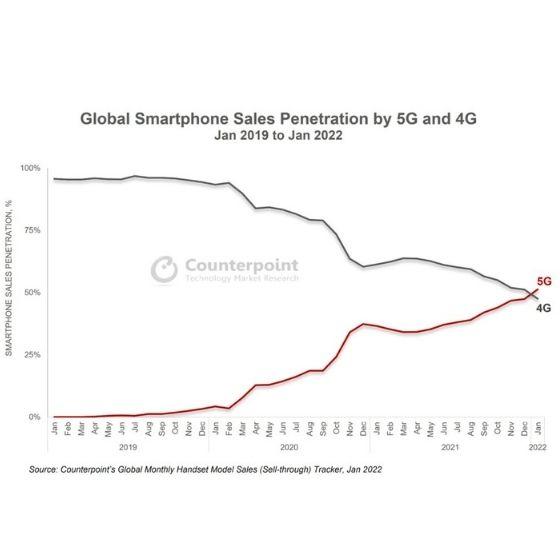 A new report by Counterpoint Research's mobile sales tracker says that 5G enabled handsets achieved a sales penetration of 51% globally for the month of January 2022. This meant that 5G phone sales beat out 4G sales for the first time since their introduction. 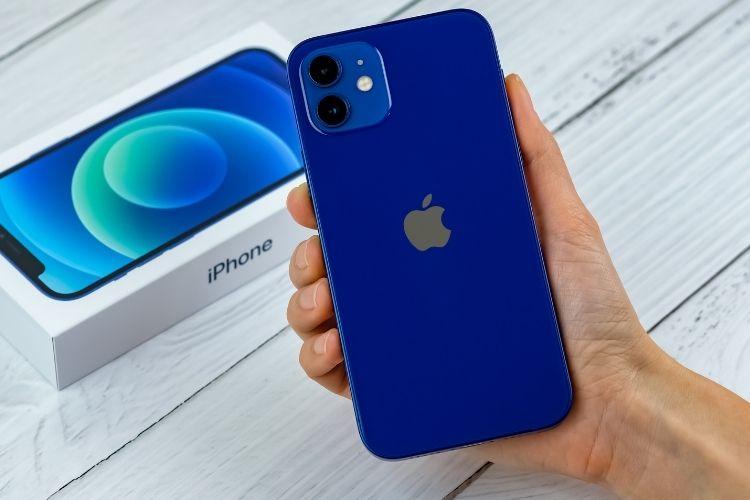 According to the report, the markets that drove this change were China, North America and Western Europe. China had the largest accumulative sales for the month, with an 84% sales penetration in its markets. Counterpoint says that the push for 5G from telecom operators within the country combined with OEMs shipping affordable 5G phones, led to this change within the Chinese market.

Also Read: Is 5G truly green, or will it burn up more resources?

The smartphone penetration reached 73% in North America, and 76% in Western Europe. Apple dominated the 5G market within these two regions. The report points out that since the Cupertino-based hardware giant shifted to 5G devices in October 2020, North America and Western Europe reported high penetration numbers.

"These regions are expected to continue contributing substantially to 5G sales globally," says the report. "as even without offering competitive specs, there is an immense and ongoing demand for a 5G upgrade within the iOS user base. This demand is also fuelled by iPhone users who are ready for new devices after years of holding on to their older iPhones."

Also Read: 5G tech and how it differs from the current technology

Another reason for the boom in 5G phone sales is that 5G chipsets from MediaTek and Qualcomm that entered the market in phones positioned as mid-range to premium, are now starting to trickle down in price and showing up in more budget oriented devices.

Asia-Pacific, Middle East and Latin America are the next targeted regions for growth by OEMs, and most of them would be introducing entry-level 5G smartphones in these regions.
what is 5g technology in mobile phones