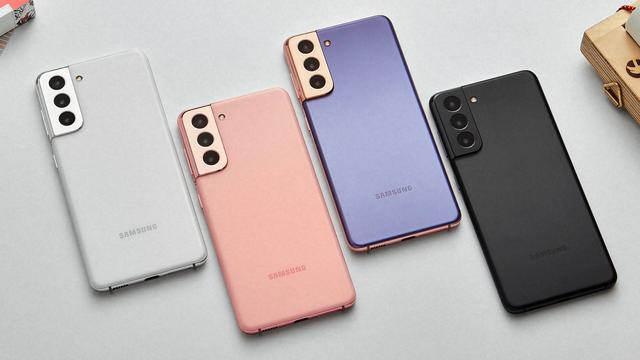 Are Used Smartphones Worth Buying?

The price of high-end phones continues to climb each year, and to many customers, used phones are the solution. Shopping secondhand can save you hundreds on a phone; there’s no denying that fact. But used smartphones aren’t always the cheapest option, and in some cases, they’re actually a terrible value.

Used Smartphones Offer a Great Bang for Your Buck

Like cars, smartphones quickly tank in value until they’re worth a fraction of their initial retail price. And that makes aftermarket smartphones an incredible bang for your buck. Maybe you can’t afford the latest iPhone, but hey, this two-year-old iPhone does most of the same stuff and costs a few hundred less.

Those savings get even more significant when you shop for a used Android device. Take the Samsung Galaxy S21, for example. This phone is nearly identical to its successor, the $800 Galaxy S22. But when the Galaxy S22 launched in February of 2022, you could get a used Galaxy S21 for around $450. That’s nearly half the price!

Now, I know that you can buy a new phone for less than $300—we’ll get to that. But I want to quickly mention that old high-end phones feature a better build quality and better cameras than cheap, new options. A used phone may not always be the best cheapest option, but it’s usually the best value.

And for those who hate wastefulness, shopping used can seriously limit your impact on the environment. Manufacturing new phones takes a lot of resources, but you’re not buying new phones; you’re simply extending the life of old devices that might otherwise get thrown away.

But Shopping Used Comes With Risks

Unfortunately, used products can be a bit risky. Even if a pre-owned phone looks great from the outside, you don’t know what it’s been through, and you may not get your money back if something goes wrong.

Let’s say that a used phone had its screen replaced. The phone may look and function correctly, but the water-tight seal between its screen and body is now compromised. Not to mention, the replacement screen may not be that durable, so you may find yourself paying for repairs sooner than expected.

Batteries also present an awkward problem. Even the most gentle and careful person in the world will wear down a phone’s battery—that’s just how batteries work. If the phone’s been used a lot, its battery may not last a full day anymore. (To be fair, battery replacements are cheap and quick, and many resellers will replace a phone’s battery if it has trouble holding a charge.)

And hey, worst-case scenario, you buy a used phone that’s broken or stolen.

Finding a reseller that offers a warranty, free returns, or money-back guarantee will help you avoid these problems. That might mean shopping from a well-known resale site like Swappa, a retailer like Best Buy, or a manufacturer like Apple. Of course, some brick-and-mortar stores and eBay resellers offer warranties and guarantees.

And Cheap New Phones Are Better Than You’d Expect

Used phones are often a great value, but they’re rarely the cheapest option. You can get a new budget phone for less than $300 these days, and generally speaking, affordable phones are a lot better than you’d expect. 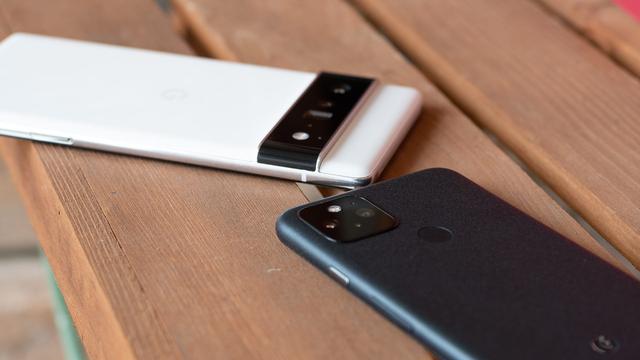 And if you don’t mind paying a few hundred extra, there’s always the iPhone SE or Google’s Pixel A-series phones. These devices pack flagship cameras, processors, and other perks, but they cost less than $500.

Again, a high-end phone that’s a year or two old will usually outperform a cheap new device. It’ll have a faster processor, a better set of cameras, and a higher build quality. Cheap new phones are just more affordable than many used, high-end devices.

But wait, what if you buy a year-old budget phone? Won’t that help you maximize your savings?

I’ve spent most of this article talking about used flagship phones. But budget-minded folk might notice that, between the Apple and Samsung devices, there are a ton of used no-name phones that cost less than $100.

Unless you’re desperate, I strongly suggest that you avoid these devices.

Most Android phones only get two years of security updates, which means that they quickly grow vulnerable to malware and hackers. When you shop for a used Android phone, you need to find one that’s guaranteed at least three years of updates. Otherwise, you’ll end up with a device that’s near the end of its life cycle—you’re going to waste money replacing it.

RELATEDWhy You Should Upgrade Your Android Phone Every Two Years

Flagship Android devices from Google, Samsung, OnePlus, and other top brands are usually guaranteed at least three years of security updates. So, buying a used high-end Android phone is usually a safe bet, although I suggest Googling the phone’s name with the words “security updates” to see how long it’s supported by its manufacturer.

If you’re an iPhone fan, you don’t need to worry about this crap. Apple grants around seven years of updates for iPhones. (Of course, this is also the reason why secondhand iPhones cost more than used Android devices.)

When Should You Buy a Used Smartphone?

Shopping for a used phone is usually a good idea. Not only will it save you money, but if you’re on a tight budget, a high-end phone that’s a few years old may offer a better experience than a cheap new phone.

But you can’t just buy the cheapest used phone on eBay. I mean, you can do whatever you want, but you might end up wasting money if you’re not careful.

Because of product support cycles, Android users should only buy used phones with several years of guaranteed security updates. That usually means buying a high-end device that’s one or two years old, which is a shame, because cheap new phones often cost less.

RELATEDThanks to Apple, Used iPhones Are a Fantastic Value

Dedicated iPhone customers live in a different world, of course. All iPhones receive around seven years of security updates, so if you want an affordable iPhone, you can just buy a used one without much worry.

But all shoppers should look for warranties or money-back guarantees. You never really know when an old phone’s been, and to avoid heartbreak or costly repairs, you need to find a legitimate reseller.

If you’re careful, a used phone can save you a ton of money. There’s no arguing with that fact. I have just one last note here—there are many ways to save money on a phone. Carriers and manufacturers often offer massive trade-in deals, and retailers sometimes sell open-box units at major discounts.

You can find such discounts using sites like SlickDeals, which let you track deals, discounts, and promotions across the internet. Or hey, you could sign up for our free newsletter to catch any deals we publish here at Review Geek.

Best SmallBest Foldable
what will replace smartphone when 5g is up