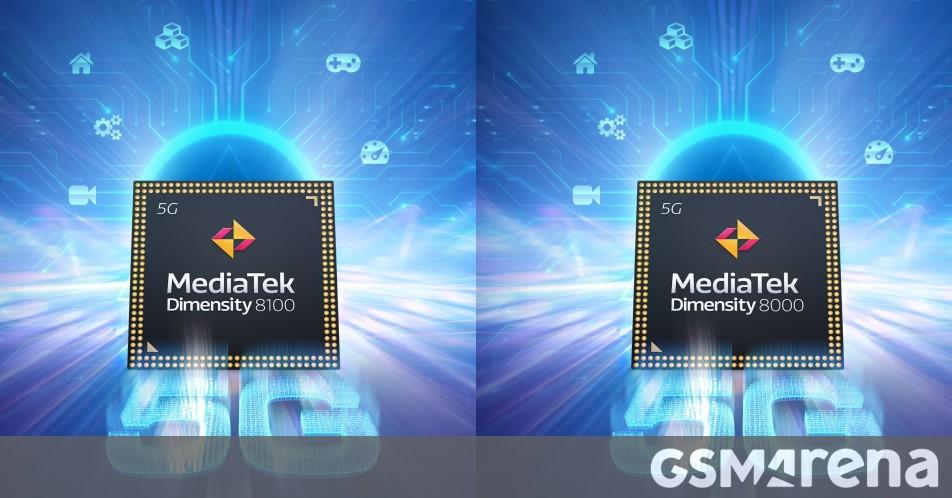 The Dimensity 9000 is challenging Qualcomm in the flagship segment, now MediaTek unveiled its high-end competitors – Dimensity 8000 and 8100. Both are 5 nm chips that are built up of essentially the same hardware. However, the 8100 is a winning ticket for the silicon lottery and runs at higher clock speeds. There is also the Dimensity 1300, a small upgrade over the existing 1200 chip.

Both chips feature the MiraVision 780 with support for a 168 Hz refresh rate at FHD+ resolution. One difference in the 8100 chip is that it also supports 120Hz at WQHD+. Both also have 4K AV1 video decoders and support for HDR10+ Adaptive (adjusting HDR10+ content to ambient light conditions). 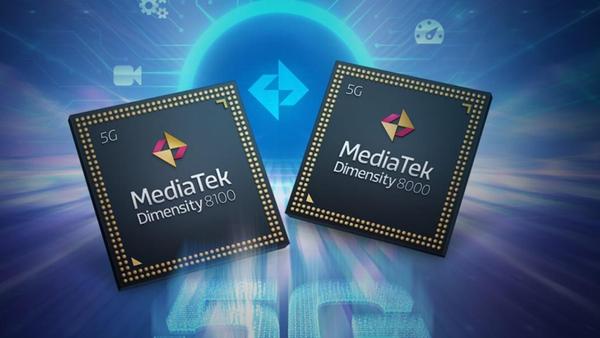 The Imagiq 780 ISP can handle 5 gigapixels per second and record HDR video from two cameras simultaneously, as well as 4K 60 fps HDR10+ recording with one camera. This ISP can handle cameras with up to 200 MP sensors, natively supports 2x lossless zoom and AI-powered noise reduction and HDR imaging.

Both chipsets come with 5G modems (3GPP Release 16) with two carrier aggregation for up to 200 MHz of bandwidth. This allows for up to 4.7 Gbps download speeds. The modem supports 5G+5G Dual SIM, Dual Standby mode.

As for the Dimensity 1300, it’s nearly identical to the 1200, the only upgrade we noticed is the improved NPU performance that offers more number-crunching power for night mode and HDR processing with AI.

Smartphones powered by a Dimensity 1300, 8000 or 8100 chipset will be on the market in the first quarter of 2022, so basically expect a lot of launches in March, coming from “some of the world’s biggest smartphone brands”.

what chip will powere 5g smartphones