Home 5G mobile phone Galaxy A52 vs. A52 5G vs. A72 specs compared: How Samsung's new midrange phones stack up 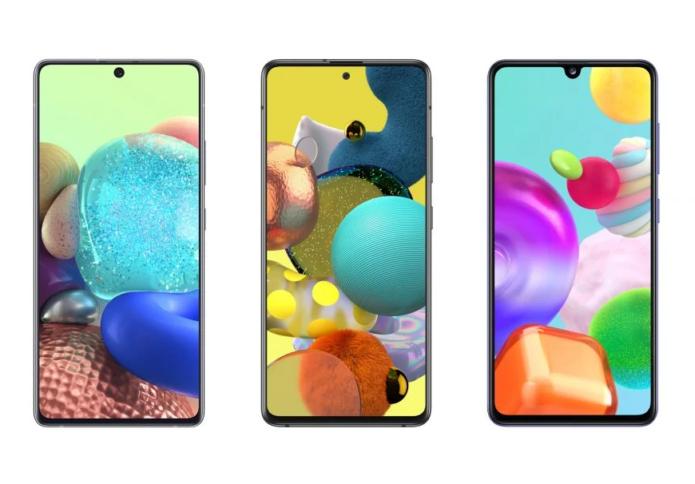 Galaxy A52 vs. A52 5G vs. A72 specs compared: How Samsung's new midrange phones stack up

After a low-key launch in the US last year, Samsung put on a comparatively high-profile virtual event this year to announce three new phones in its midrange Galaxy A series. The South Korean smartphone giant showed off the Galaxy A52, Galaxy A52 5G and Galaxy A72 in an Unpacked event on Wednesday, declaring that it's "bringing Awesome to everyone." The Unpacked stage is typically reserved for Samsung's flashier, flagship phones, like the Galaxy S21 line earlier this year.

Read: Our in-depth review of the Galaxy A52 5G

We can use last year's series as a reference point for what they could cost in the US. There were six models, ranging from the $110 Galaxy A10 all the way up to the $650 Galaxy A71 5G. Toward the middle of the spectrum were the Galaxy A51 4G and Galaxy A51 5G, which launched at $400 and $500, respectively. We're expecting this year's Galaxy A lineup to come in at a similar price range -- if not lower, based on factors like Samsung slashing prices of the Galaxy S21 series as well as the current state of the economy. 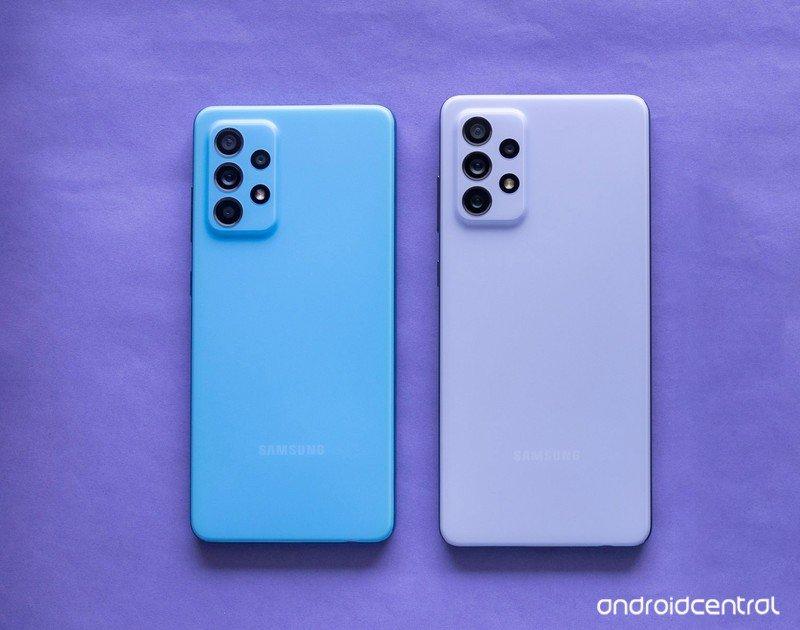 Read more: Samsung's Galaxy A52, A52 5G, A71 bring back headphone jacks, expandable memory and chargers

The Galaxy A52 devices and the A72 each boasts fancy features including AMOLED displays, speedy refresh rates, big batteries and fast-charging support. This potent mix of fancy features, affordable prices and dependable performance has helped catapult Samsung to global best-seller status: Last year's Galaxy A51 was the world's best-selling phone in the first quarter of 2020, according to Strategy Analytics, with an estimated 6 million units sold globally from January through March. Galaxy A phones have been available around the world for several years, but it wasn't until last April when Samsung's popular midrange series quietly made their debut stateside.

Differences in the A team

Also based on last year's Galaxy A prices, we can reasonably conclude that the 6.7-inch Galaxy A72 is the highest-end handset in the trio. The A72 has the largest battery, and it's the sole new Galaxy A phone to come equipped with a telephoto lens capable of 3x optical zoom and 30x digital zoom. The Galaxy A52 phones have a depth lens in its place.

There is only one 5G-enabled phone, the Galaxy A52 5G, capable of connecting to the slower but more reliable sub-6GHz bands. The Samsung A52 4G is virtually identical to it save for a lower refresh rate (90Hz), an additional RAM option (4GB) and, as you've probably guessed from the name, the absence of 5G support.

In addition to 5G connectivity, the Galaxy A52 also boasts the fastest refresh rate of 120Hz, which is double the speed of last year's Galaxy A51 5G. At this rate, you're getting the same refresh rate seen on phones of Samsung's flashier Galaxy S line including the $1,200 Galaxy S21 Ultra. By comparison, the entire iPhone 12 line relies on a 60Hz screen.

Beyond the high-end features, the new Galaxy A phones all have features that Samsung eliminated from the S21 lineup: a headphone jack, expandable storage and, yes, even a charger in the box. Plus all three will get three generations of Android OS updates. To learn more how the phones compare, take a look at our specs chart below.