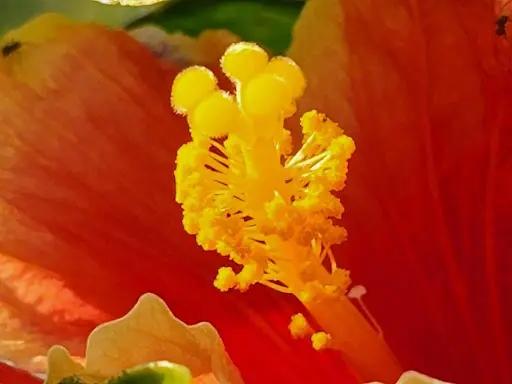 During Samsung’s announcement of Galaxy S22 phones, I tweeted that it’s all about the camera. But after using Galaxy S22 Ultra for the last few weeks, I have realized that it’s not just the camera, but productivity as well, thanks to Samsung’s hallmark, built-in S-Pen. If you are looking to upgrade your phone, those two should be very compelling reasons to buy a new Galaxy S22 Ultra.

Review by not just testing but experiencing the phone

I am sure there are tons of reviews of Galaxy S22 Ultra out there. Like many reviewers, Samsung sent me the phone well in advance. Instead of rushing the review with a few quick tests, I waited this long to share my view only after using it as a daily driver for a reasonable duration. I am now confident to recommend this to anybody looking to upgrade to a premium 5G phone.

All smartphones have a similar look these days, with shiny bodies and rounded corners. However, Galaxy S22 Ultra stands apart with its square corners, thanks to the design element borrowed from the Galaxy Note series. Its distinct shape makes it easy to quickly identify it when lying around with tons of other test phones and phones of family members at home. The aluminum body with rounded side edges provides a solid grip, ensuring it doesn’t easily slip from your hands (I ended up dropping and cracking my earlier similar sized phone, S10 5G, with the slippery body, even before buying the case).

Galaxy S22 Ultra’s gorgeous 6.8in QHD+ AMOLED display is perfect for viewing photos, videos, and other content. With up to 1750nits brightness and Vision Booster, it is the first-ever phone that makes viewing in bright outdoors a pleasure. Being in sunny San Diego, my favorite activity is to sit in our sun-soaked backyard, doing emails, reading and watching the news, watching YouTube, etc., mixing work and play. It was such a pain to do that with my earlier phones, but no more with this phone. If you often use your phone outdoors, this is your best choice.

It’s all about the camera

Have you ever felt “over-kill is worth it?” Well, that precisely summarizes how I felt about Galaxy S22 Ultra’s camera, with all the bells and whistles.

Its low-light “Nitography” shots are amazing. I never had such clear night pictures before from a phone camera. Sometimes, the photos were even brighter and more vivid than what I could see with my eyes. Here are some of the pics of my daughter and the color-lit pool in our backyard. All pictures shown here were shot at night, with only accent lighting, and have no edits, other than cropping.

The massive 100x zoom is very impressive. But what shines even more when using the zoom is its image stabilization. Even when holding the phone in my hands (no tripod), I could zoom into and focus on the smallest of things. And the lenses are switched automatically when you zoom. This road sign in the following picture is more than 850ft away, and the photo was taken with 50x zoom. The text is clear, with minimal blurriness.

Image stabilization was also evident when I got a close-up of this flower, even when it was swaying because of the wind.

The biggest surprise was Galaxy S22 Ultra’s ability to take clear pictures when the camera directly faces the sun. Here are a couple of shots of that. The first one was in regular “Photo” mode, and the second was in “Portrait” mode. You can see the sun shining on the top-left edge.

I didn’t do a lot of video testing. But I believe that any camera that can take great photos can make great videos.

Galaxy S22 Ultra comes with tons of onboard photo editing tools. I am no big fan of editing pictures, let alone on the phone. But things like magic erasers are handy for a novice like me. For example, removing the ugly plastic chair in this otherwise excellent picture of San Diego golden hour. Using the S-Pen makes this editing even more precise.

The Photo Remaster feature is excellent in theory, but I was not impressed with its performance. It only applies to the photos it chooses, and improvements were hardly noticeable.

Galaxy S22 Ultra captures pictures in Multi Frame RAW format for pro-level editing. This editing requires a separate Expert RAW app that can be downloaded for free. But not being a pro, I didn’t play around with it.

To summarize, the camera on Galaxy S22 Ultra is literally “Point-and-shoot.” You can get pro-like photos without pro skills.

The built-in S-Pen is an ultimate productivity tool. Its legendary note-taking ability now supports more than 80 languages. I tried English and Hindi, both were a pleasure to take notes in, and the app recognized my ugly handwriting and did the conversion quickly and accurately. The ability to easily annotate pictures or documents and share them with others is pretty neat.

I read quite a lot on the phone. Taking notes from what I was reading for further reference was cumbersome (taking screenshots or copying links, etc.). But it is a breeze with the S-Pen. I can mark what I need and quickly attach it to Samsung Notes.

The more you use the S-Pen, the more uses you will find.

Many useful features that people miss

Galaxy S22 Ultra packs quite a few handy features that people don’t realize unless they look more closely. Support for eSIM and Dual-SIM are some examples. eSIM is a software-based SIM that reduces activating a new cellular service on the phone to just downloading operator profile (After signing up for service).

The other related feature is Dual SIM, where you can have two SIMs from different operators working simultaneously on the same phone. Dual-SIM has been available in the international markets for a long time but has been recently introduced in the US. eSIM and physical SIM together make Dual-SIM configuration possible on Galaxy S22 Ultra.

My set-up with Google Fi physical SIM and Verizon eSIM worked perfectly on Galaxy S22 Ultra, as shown below. I get calls on both numbers and can pick either for data or to make calls.

Dual-SIM is a lifesaver for frequent international travelers like me. I can continue to be available on my US phone number while using international SIM for data and local calling without paying exorbitant roaming charges. The eSIM/Dual-SIM options are also available on regular Galaxy S22, but I did not test them.

The other such features are seamless connectivity between Samsung devices and excellent integration with Windows11 laptops, as explained in my Samsung Galaxy Book review. I fully operte the phone through the Windows Phone app when using my computer.

The high capacity 5000 mAh battery provides a long, more than a full day of battery life but also makes the device a little bulky. The 45w superfast charging is very useful, especially for long working days or for extended video play or recording. However, the charger has to be purchased separately.

I’d be remiss if I didn’t point out some of the shortfalls of the phone. The well-publicized throttling issue seems to have been solved with the software update. Since I am not a big gamer, It didn’t really impact my experience.

The large size, thickness, and slightly higher weight of Galaxy S22 Ultra make single-handed use difficult, and fitting it in the pockets of skinny jeans inconvenient. This may not be an issue for regular Note users. But this being a premium Galaxy S-series phone, people who don’t care for the S-Pen functionality might feel the thickness and weight not worth it.

The face unlock feature is also less than stellar. It takes too long or does not work if there is not enough light on your face. Of course, unlocking doesn’t work when you have the mask on. Also, there is no microSD card slot.

Samsung Galaxy Galaxy S22 Ultra is a worthy upgrade as your next premium 5G smartphone. It packs tons of features, an excellent camera, and an S-Pen productivity tool. I highly recommend it if you can afford the price tag.

Meanwhile, to read reviews like this and get an up-to-date analysis of the latest mobile and tech industry news, sign-up for our monthly newsletter at TantraAnalyst.com/Newsletter, or listen to our Tantra’s Mantra podcast.

can u unlock a 4g phone to kake 5g