Starting November 19th, 2021, T-Mobile and Metro by T-Mobile will be adding another budget 5G phone to the lineup — the $252 Nokia X100 that is exclusive to T-Mobile.

This addition is coming just as the holiday shopping season is ready for kickoff, and T-Mobile’s sales of other budget 5G phones from REVVL and certain OnePlus models have been limited by handset shortages, according to Wave7 Research’s September 2021 Smartphone Report. 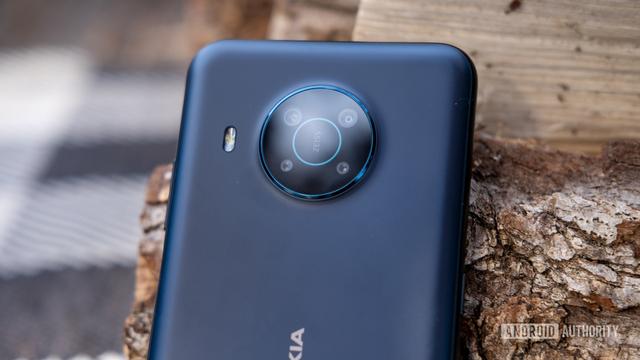 Nokia is doing its part to jump-start sales by packing the X100 with lots of surprising features, despite its small sub-$300 price tag. While it shares similar looks and the same Qualcomm Snapdragon 480 5G processor as the $300 Nokia G50, that’s where their similarities end.

Unlike the G50, the X100 is geared for entertainment. It has a 6.67-inch 1080p full HD display (1080 x 2400p resolution), with a 20:9 aspect ratio that is a little wider to better fit full-screen videos. It has 6GB of RAM to support its processor, 128GB of internal storage, as well as a microSD card slot that can accept up to a 1TB card for backup and extra storage.

Out of the box, the X100 uses Android 11, but it’s unclear if and when this model will get future OS or security updates from the carrier or manufacturer. It’s worth noting this Nokia doesn’t have the biggest battery at 4,470mAh, especially in combination with its high-resolution screen and 5G connectivity. However, it still has a 3.5mm audio jack for wired headphone fans, as well as NFC to handle contactless payments. As a 5G phone, the X100 is compatible with T-Mobile’s slower but more widely available sub-6Hz 5G network, in case you need 5G speeds.

You can find the Nokia X100 at T-Mobile and Metro by T-Mobile stores starting on November 19th for $252. Keep your eyes peeled for extra carrier holiday deals to sweeten the Nokia X100 even more.