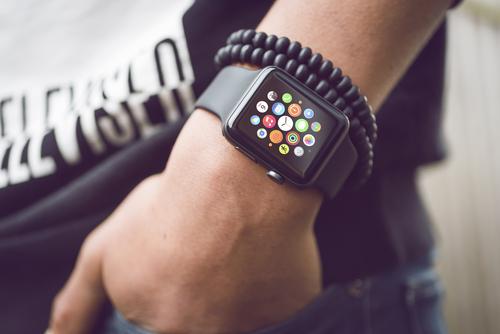 Putting the Smart in Smartwatch

When a recent Wordle ended with a–t–c–h, I had several strategies I could pursue to guess the first letter. Based on recent history, I decided to start at the end of the alphabet, which happened to be the right one: I got w–a–t–c–h in three guesses, but it wasn’t because my Apple Watch was top of mind.

In fact, my watch was so bottom of mind that when I arrived in Las Vegas for a business trip last week, it was only then that I noticed I hadn’t paired it with the iPhone 13 I got in November. My smartwatch didn’t know what time it was.

To be fair, the Omicron variant was just starting its rampage when I got my new phone, so I wasn’t doing a lot of traveling outside of my Manhattan apartment during the cold, dark days of winter. I was on an unplanned hiatus from the gym, where I appreciate step counting the most, and any walking I did was tracked by my phone. Working from home, I didn’t really need a wrist–worn timepiece when I had my phone and computer keeping time for me. It was one less thing to remember to charge, and when I was feeling particularly lazy, I asked Alexa for the time.

My watch happened to be attached to my USB charging hub when I packed for my business trip, so I strapped it on and then tossed the chargers into my suitcase. If I looked at it for the time during the flight, I would have assumed it was in airplane mode like my phone — and that the correct time would appear when I reconnected to the Verizon 5G network three time zones later in Sin City.

But only my phone corrected itself. My laptop and watch had me on East Coast time for the first 24 hours of the trip. I was wearing my watch, but it was more trouble than it was worth, requiring me to do math to tell time. Mostly, though, I wanted it to count my steps. With my room at Harrah’s about three-quarters of a mile from the new Caesars Forum Conference Center, I wanted credit for every step I took. I discovered later, however, that my Apple Watch wasn’t counting. 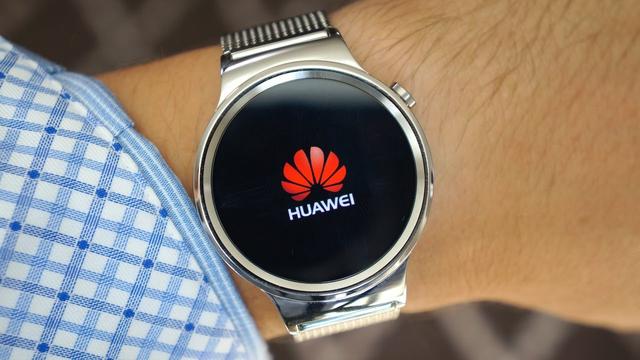 I realized why when I tried to pair it, a process that took about an hour including hits and misses and software downloads. The first night I gave up trying, having a déjà vu moment nibbling at my memory. It wasn’t the first time I had been down this path. I gave up the last time I tried — which was last fall — when the pairing went south. It seemed my Apple Watch was still married to my old iPhone, and I had to annul that relationship first.

This is my second Apple Watch. You know when you get a Gen 1 Apple anything that it will be followed in the not–too–distant future by a new and improved model. That has paid off with numerous generations of iPhones, mostly for a spiffed–up camera in the latest models. But the step up to the Apple Watch 5 Series didn’t add much to my digital life; to the point that I don’t remember to put it on in the morning.

Two years later, I’m still unimpressed by the choice of watch faces, and I was stymied by how to change them. I had to Google how to change faces on the Apple Watch, but Google didn’t tell me I needed to pick faces from the app on the watch first — maybe that was a Google joke on Apple users. When I tried to find faces on the watch first, Siri popped up. I asked her to help me find different faces, but she just said, “I found this on the Web.” Gee, thanks.

After going into the Apple Watch app on the phone, I found a couple of faces and added them to my watch. The boring watch face I currently have has white numerals on a black background, but what I would like is neon green hands and yellow numbers. It doesn’t appear I can drill down to customize hands and numerals. All these generations later, I still can’t customize the faces the way I want to.

Before I could add the faces, I had to update the Apple Watch software. But first I had to update the phone’s software. While I was waiting, my phone display lit up, telling me I can use Apple Cash to pay for transport in New York without double-clicking. I don’t know that I’ll risk a fail with a line of people waiting to board the bus behind me; I’ll likely just stick to my phone.

A recent Counterpoint research report said smartwatch shipments were 25 percent higher in 2021 versus the prior year, but that owes to a flat 2020 versus 2019 due to the pandemic. Still the research firm has high hopes for the smartwatch category, which is seeing the most growth from sub–$100 models. That’s not where Apple plays.

Counterpoint is hopeful that future growth in the smartphone category will come from their ability to monitor “important health parameters like blood pressure, ECG and SPO2.” Apple Insider reported last fall on an Apple patent that would use an Apple Watch’s band as a cuff, allowing the watch to measure blood pressure without an external cuff. Apple Watch has always been able to measure heart rates in beats per minute, but it hasn’t been able to include sensors that are sensitive enough to accurately record blood pressure, according to Insider.

The Apple Watch has also been capable of giving electrocardiograms and detecting irregular heart rhythms since the Apple Watch Series 4. I have the Series 5. If I wanted to measure my blood oxygen level, I would need to upgrade to a Series 6 or later. Apple watchers are speculating now about which sensors Apple 8 will have when it comes out later this year – a fertility thermometer, sleep tracking, apnea sensing, and diabetes detection are some of the rumors. I don’t need a watch to tell me I don’t get enough sleep.

Maybe one day I’ll want a watch that takes my health readings, but in the meantime I’ll stick with version 5 and let it track what I hope will be a significantly higher number of steps this year. I’ll save a few hundred bucks by letting the next couple of Apple Watch generations pass me by – that is, until my Watch 5 times out of the update cycle and can no longer update software. I may even take a look at Apple’s budget Watch, the SE, next time around, hoping a couple of today’s cutting–edge features trickle down. After all, why pay for all the bells and whistles when you only use a few?

is my phone on 5g network