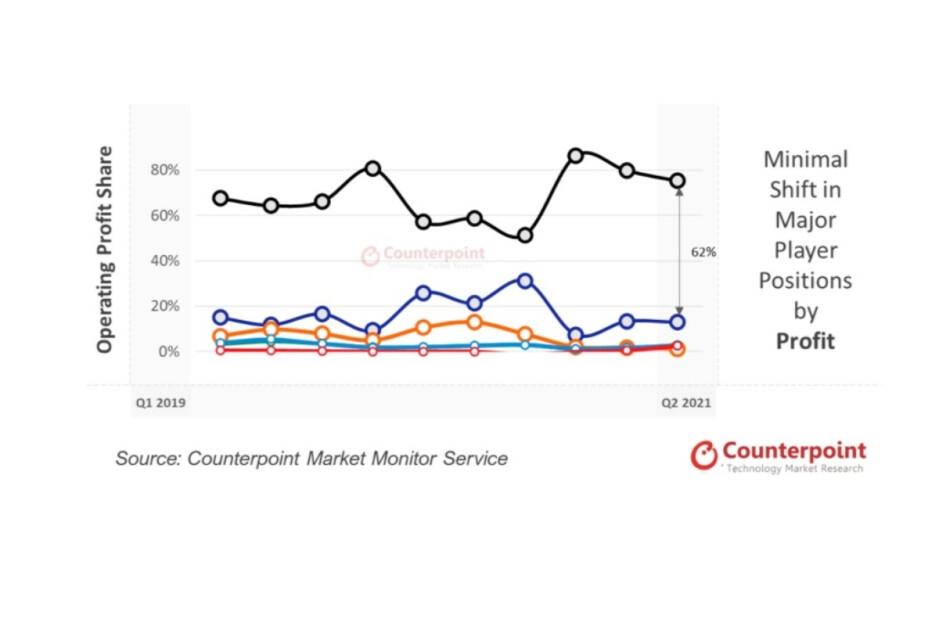 Samsung and Apple dominated the smartphone market in 2021

Despite the supply chain issues last year, the smartphone market managed to grow year-over-year, according to a pair of reports from Counterpoint Research and Omdia. The overall winners of the market were the usual duo of Apple and Samsung, the reports noted, with Samsung coming out ahead in 2021 overall while Apple dominated in the last three months of the year.

Who won and who came in second depends on a matter of perspective. Looking at the market as a whole annually, both Samsung and Apple came out on top with 271 million units and 238 million units sold, respectively. Toward the end of the year, the iPhone dominated with 87 million products sold. While Samsung’s 67 million to 69 million units for that same period isn’t shabby, the iPhone 13’s price difference over something like, say — the Galaxy A52 — means that Apple would have benefited more even if the pair had sold close to the same numbers. 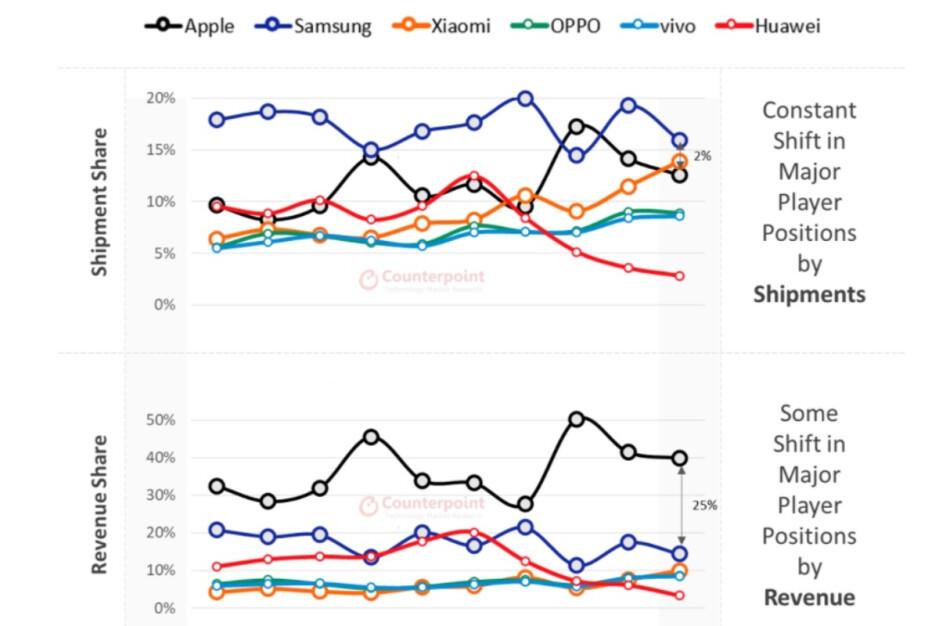 “With the release of the iPhone 13 series, the overall iPhone ASP [average selling price] in 4Q is expected to exceed $1,000 for the first time. This resulted in a higher growth rate in revenue compared to the number of units,” said Jusy Hong, senior manager at Omdia.

Though Samsung didn’t have the same mix of premium products as Apple did, Counterpoint says that the company’s foldables did do well in the high-end market, and they’ll likely go a long way in making foldables a more mainstream product than they are now.

Apple and Samsung weren’t the only ones with good years. Xiaomi is the bronze medalist, picking up 190 million sales as a whole in 2021 despite not even being sold in the U.S. Honor has also seen a global resurgence and now sits among the top 10 smartphone makers after its divorce from Huawei. The company has come back strong with phones like the Honor 50 and 50 Pro, and even intends to dip into foldables. It sold 40 million units in 2021. Motorola continues to see growth in the U.S.’s sub-$300 market as a result of LG’s absence, while also expanding in Latin America and Europe with a range of phones featuring good specs.

It is worth noting that a lot of what limited the market for Android phones were supply issues exacerbated by the pandemic. We saw products like the Google Pixel 5a and Samsung Galaxy S21 Fan Edition pushed to later or limited launches, and that’s for two large companies with pretty deep pockets. Analysts believe the worst is past for now, with growth coming in 2022.

“2021 was a tough year, with component shortages adding further pressure to a market battling with lingering COVID-19 issues. However, the world is slowly getting on top of the pandemic, despite the threat of a resurgence towards the end of last year, and with supply issues hopefully coming to an end towards the middle of this year, there is reason to be optimistic for good growth in 2022 as a whole,” Counterpoint Research Director Jan Stryjak said.

how to edit groups on a samsung galaxy 5g smartphone