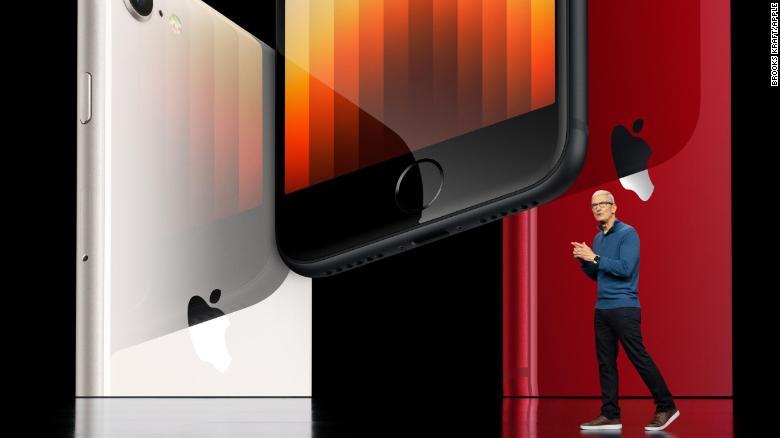 Samsung, which earlier this year dropped the bar of entry to the Galaxy S21 family to $799.99, is furthering its focus on value with the 2021 Galaxy A Series — a five-phone family that ranges from $109.99 to $499.99. The latest phone drop provides more choice to those who don’t necessarily need cameras with ultra-zoom capabilities nor the processing power of a computer in their pocket.

The five phones — four of which are currently available — comprising the line are:

The A02S is a bare-bones device ideal for a first-time smartphone owner. Looking over the specs, we doubt it’ll have the ability to fly through a litany of heavy tasks (think multitasking or gaming), but will likely be good for basics like simple image capture.

For $70 more, the Galaxy A12 is a more well-rounded entry level option, boasting a four-lens camera setup (which should give you more flexibility in image capturing compared to the A02S) and a faster processor than the A02S that should provide a more fluid user experience.

The Galaxy A32 5G shines with five cameras (Likely ideal for budding creatives who want to capture a lot with their phone) and support for low-band 5G.

The Galaxy A42 5G stands as the choice for those who value 5G above all else. It’s the only Galaxy A phone with support for the two 5G-network standards in the United States.

And the $499.99 Galaxy A52 5G looks to outshine the others with a devotion to performance —- including a zippy processor that should be able to handle light gaming and creative tasks.

The Galaxy A02S is succeeding the A01S, a $150 bare-bones device that met the bare minimum of what a smartphone can do.

Samsung managed to shrink the price (down to $109.99) while increasing the screen size from 5.7 inches to 6.5 inches. That’s larger than the display on an iPhone 12, Pixel 4a and even the iPhone SE. It seems to be a basic display that promises to provide accurate colors, and is listed as a standard HD+ LCD screen rather than Super AMOLED.

The phone features sizable bezels around the sides and a noticeable chin on the bottom. A teardrop notch at the top — something most smartphones feature these days — contains a 5-megapixel front-facing camera.

While Samsung managed to pack three lenses on the back, we don’t expect photography performance to be stellar here. The A02S features a 13-megapixel main lens, a 2-megapixel macro lens and a 2-megapixel depth lens. We haven’t gone hands-on yet, but we don’t expect this to outperform mid-range handsets from Apple or Google. More lenses means more choice, but the low number of megapixels could lead to poor quality with images. We have hopes that Samsung’s imaging techniques can deliver average photos from the 13-megapixel lens — even if they might end up oversaturated.

The Galaxy A02S will be running Android 10 out of the box with a custom Samsung interface. And like the A01S, this smartphone should have no problem with core tasks — calls, emails and the like. We’d hesitate to recommend this for gaming, running many applications at once or other strenuous tasks. The 1.8GHz octa-core processor with 2GB of RAM likely won’t shine in those areas, and we’d expect some hiccups and slowdowns along the way.

At $109.99 we’re not expecting the world, but this could be an excellent pick as someone’s first smartphone. The Galaxy A02S will be available on April 29 from Samsung and select carriers in the United States.

With the A12, Samsung appears to have crafted a nearly identical device to the A02S — but with some key improvements in the performance and photography.

The Galaxy A12 too features an 6.5-inch display. It’s an HD+ LCD screen, so while it likely won’t be the sharpest ever, it should showcase the key details of whatever you’re viewing.

What truly excites us about the A12 is the additional lens on the back — a 5-megapixel ultrawide lens that should allow you to pack more into each shot compared to the photos you’ll get with the A02S. It’s only a 5-megapixel lens, so we’re not anticipating the sharpest shots ever, but it should be handy alongside a 16-megapixel main lens, 2-megapixel macro lens and a 2-megapixel depth lens. On the front, that teardrop notch houses an 8-megapixel lens, which is slightly better than the 5-megapixel on the A02S. 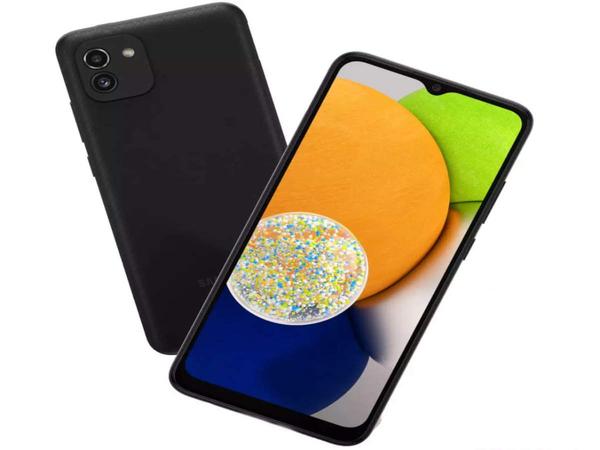 Those looking for some speed will be happy to see a boosted octa-core processor with 3GB of RAM. This should give you a bit more power for keeping multiple apps open and a more fluid experience in creative or gaming tasks. The Galaxy A12 also features a fingerprint sensor on the side for easy unlocking or authenticating.

For the price, the Galaxy A32 5G is a pretty feature-filled mid-range smartphone. It features an expansive 6.5-inch display that Samsung call’s an Infinity-V. We expect it to showcase colors accurately with some pop in terms of vibrancy. It’s not a Super AMOLED, though, so don’t expect extreme levels of clarity or vibrance. The neat part of this display is the refresh rate — how many times in a second the screen can refresh itself — of 90Hz. It likely won’t be as buttery smooth as the Galaxy S21, but it’s a better refresh rate than the iPhone 12 and will deliver a hiccup-free experience.

The phone will be running Android 11 with a Samsung user interface powered by a 2GHz octa-core processor. That’s paired with 4GB of RAM.

The A32 5G gets a 48-megapixel main lens, an 8-megapixel ultrawide lens, a 5-megapixel macro lens and a 2-megapixel depth lens on the back. The front features a 13-megapixel lens that’s primed for use within social apps like Snapchat. In fact, Samsung is preloading a Fun Mode with special face filters onto the A32 5G. Rounding out this sub-$300 android smartphone is 64GB of internal storage with a microSD card slot, a 5,000mAh battery and a fingerprint sensor.

On the subject of 5G, the Galaxy A32 5G won’t be able to take advantage of those super fast speeds that carriers love to speak about — ones we’ve been able to test on the Galaxy S21 and iPhone 12. The Galaxy A32 5G features a Sub6GHz antenna inside which lets it connect to the lower-band of 5G networks. While this is currently available in more places, it’s only marginally better speeds than what you’re likely used to, although that could change in the future.

If you’re on the hunt for an affordable smartphone that can access the largest forms of 5G in the United States, the Galaxy A42 5G is likely the device for you.

With a 6.6-inch display, it’s the largest 2021 A Series device. The Galaxy A42 5G features a Super AMOLED display with a 60Hz refresh. It’s an HD+ resolution, which we expect to be a step up from the lower-end phones in the family.

Like the Galaxy A32 5G, this phone is running Android 11 with a Samsung user interface out of the box. It promises plenty of power for photography, gaming, productivity or creative tasks with a Qualcomm Snapdragon 750g processor and 4GB of RAM inside. You also get 128GB of internal storage here along with microSD card support.

While the main camera system on the Galaxy A42 5G is the slimmest, it feels the most streamlined. You get a 48-megapixel main lens, a 8-megapixel ultrawide and a 2-megapixel depth lens. Samsung aims to boost the experience here with more megapixels and a plethora of software features. Single-Take, one of our favorite shooting modes on Galaxy S and Note devices, is here along with scene optimizer. These use AI and processing power to enhance images while also making it easy to capture with less adjustments made manually.

The Galaxy A42 5G supports low-band (Sub6 GHz) and ultra-wide band (mmWave). This way, if you’re in an area with 5G support, you can access a network with those fast speeds and one with more bandwidth.

The Galaxy A42 5G is definitely the most well rounded device in the 2021 A Series —- hitting on longevity with a solid processor and supporting the key 5G standards. It arrives on Verizon on April 9 with an Unlocked by Samsung version launching soon after.

For whatever reason, the Galaxy A52 5G only supports one flavor of 5G: low-band Sub6GHz. We’d call that a dissapoint, especially for the most expensive phone of the bunch.

Based on the hardware sheet, it should be the fastest phone within the new A Series, pairing the Qualcomm Snapdragon 750g processor with a towering 6GB of RAM. Samsung promises swift performance here, but last year’s Galaxy A51 wasn’t without its slowdowns and hiccups. Like the Galaxy A32 and A42, it’s running Android 11 with a custom Samsung user interface.

What’s really exciting is the display —- it’s a 6.5-inch Super AMOLED with the highest resolution of this family. And it features a 120Hz refresh rate, which should ensure a smooth experience when scrolling, gaming or watching movement-heavy content. For $499.99 unlocked, that’s something the iPhone 12 and other leading devices cannot match. It’s also the only 2021 Galaxy A device to feature a pinhole notch (what we’ve come to expect on the Galaxy S and Note series) housing a 32-megapixel camera for selfies or video calls.

For photography and videography, Samsung has opted for a four-camera system: a 64-megapixel main lens with stabilization, a 12-megapixel ultra wide lens, a 5-megapixel macro lens and a 5-megapixel depth lens. We expect this to perform the best in the imaging department with a very large main lens. Samsung’s choice of 6GB of RAM should improve image capture times and stretch the amount of edits you can make on a device.

The Galaxy A52 5G is certainly the flagship of the 2021 A Series and is likely the best choice for those who care about power and photography. You won’t have to wait long to get this phone. On April 9 it will be available from Samsung, AT&T, T-Mobile and Verizon.

how to unlock samsung galaxy a32 5g phone