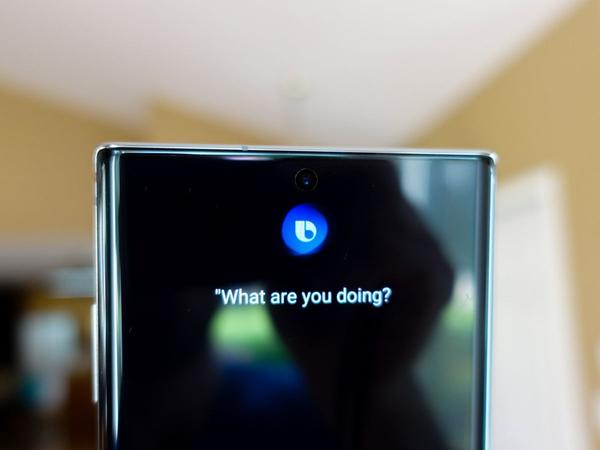 Samsung isn't getting rid of Bixby any time soon, here's why

What's the first thing you do when you get a new Samsung phone? For many, the answer is to disable Bixby, Samsung's virtual assistant, and to replace Samsung Keyboard with Google's GBoard.

So why doesn't Samsung just remove these often complained about features? In short, analysts argue that it would not be a viable or fiscally smart option for Samsung to abandon all of its proprietary software and apps with the purpose of only sticking with Googe's offerings.

However, they do agree, Samsung needs to focus on "creating better-differentiated software rather than trying to replicate something someone else does better."

Last week, Android Police wrote an article detailing how Samsung pushes its users to use specific software that is not good (i.e. Bixby and Samsung Keyboard). For example, the article notes how Samsung ties Bixby to the "already limited selection of hardware buttons on its products." Even as the company is embracing Wear OS, it notes Samsung's "stubborn insistence on bringing Bixby along just feels like an anachronism." The article also calls out Samsung Keyboard coming across as a "feature-rich solution" that should be competing with Googe's Gboard, but that "it just doesn't work that well."

"Samsung's software choices so often feel like they're for the company's benefit, and not ours," wrote the author, Stephen Schenck. "I'm not saying I want to see Samsung abandon One UI and make Galaxy phones more Pixel-y, or even more like stock AOSP, either. But sometimes you just have to pick your battles, and when it comes to its virtual assistant and its Android keyboard, it's long past time for Samsung to throw in the towel."

Should Samsung keep some of its software, or get rid of it all and rely on Google's offerings?

Jitesh Ubrani, research manager for IDC's worldwide device tracker, agrees, adding that Samsung, which has some of the best Android phones, needs to narrow its ambitions when it comes to software and services by focusing on the good. That could mean relegating to Google or others when it cannot offer a top-notch experience, he says.

Case in point, Ubrani agrees that Bixby is far from a great example when compared to Samsung's S Pen software, which hones in on Samsung's "software prowess."

But at the same time, he says it wouldn't be smart for Samsung to get rid of all of its software efforts "as many of its customers are drawn to Samsung simply because of the software."

In fact, what Samsung should be doing is re-evaluating which software and apps do well, says Anshel Sag, a senior analyst at Moor Insights & Strategy.

"I don't think it makes sense for Samsung [to abandon all of its software and apps] given its current investments," he says. "I think the best thing for Samsung would be to re-evaluate all of its software solutions and identify where it is and isn't competitive and prune the apps that aren't [competitive] so that it can focus on new areas that might be worthwhile outside of where Google plays today."

Should Samsung get rid of Bixby?

Schenck writes that Samsung's biggest failure with Bixby "isn't that it's less polished than Assistant or less capable of helping us, but that Samsung's made it so aggressively present."

He notes how the software inserts itself everywhere to the user when you're using a Samsung device.

"It feels almost obvious at this point that the company must realize we all prefer Assistant, and the steadfast nature with which Samsung keeps Bixby upon us comes across less like self-promotion and more like self-delusion with each subsequent generation of devices," he writes. 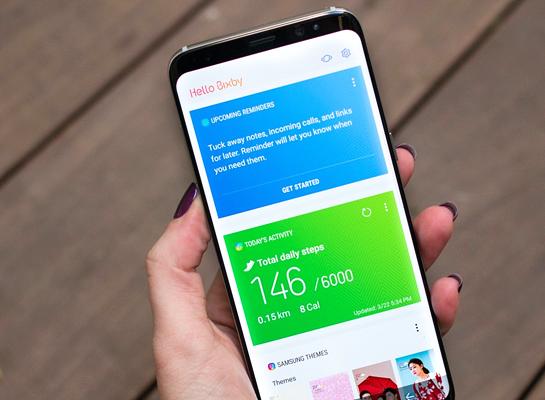 "Google's lead over Samsung is not insurmountable in every area. It would be a fool's errand for Samsung to pursue its own search engine, but Google isn't guaranteed its dominance in virtual assistant or input methods. In fact, Google has already been successfully challenged in both areas by Amazon Alexa and Microsoft's SwiftKey respectively," he says.

Rahman adds that Samsung's maintenance of its own suite of applications also gives the company "leverage over Google in licensing negotiations."

Like the others, Rahman doesn't think it's a smart option for Samsung to get rid of all of its software and applications.

"For other, smaller device makers, it may be a fiscally smart decision to stick to Google's apps where needed, because developing alternatives requires considerable time and resources," he says.

Samsung can't get rid of its proprietary apps because it relies on revenue from ads, to an extent

Rahman adds that Samsung has engaged in practices of pushing advertisements through many of its proprietary apps but that the company said they would commit to stop doing this last year.

"I have not heard of them reneging on this promise, at least in devices sold in the U.S.," he said.

He does note that inserting ads is one way for smartphone companies to earn additional revenue and that "it's no surprise that Samsung did this when it faced pressure from Chinese device makers to lower the prices of its handsets."

But even if that were the case, Ubrani doesn't think Samsung would suffer even if it removed ads.

"Ads within proprietary apps or the OS is undoubtedly a way for Samsung and other smartphone makers to pad their margins on budget devices. However, the effectiveness of this business model is still debatable and it's unlikely that the revenue from these ads is the sole profitability driver for these devices."

Sag notes that it likely isn't even a "significant driver of revenue, especially when you consider how much it must cost to build and maintain all that software."

More importantly, what differentiates Samsung from other manufacturers is its proprietary software and application.

Rahman notes that if Samsung abandoned its offerings in favor of Google's then "Samsung would lose a competitive advantage."

In fact, Samsung could even scale back on other projects and would still be fine, Ubrani says.

"By focusing on its efforts on the good software and services and scaling back on other areas, Samsung can still maintain its dominant position in the smartphone market and is very unlikely to lose any differentiation," he says.

Sag adds that if Samsung gets rid of all of its proprietary applications and software it would "absolutely destroy differentiation" and its a key driving factor as to why any large manufacturer would ever do it.

"The [manufacturers] want to show how they are different even though I do believe there are people that want Samsung hardware and Google software only," he says.

The last time something like that happened was with the Google Play Edition phones which started in 2013 and were discontinued in 2015. These phones used the same design as major manufacturer flagship phones (like Samsung and HTC) and incorporated Google's operating software. The idea was the offer of a "pure Android experience," according to XDA developers.

Sag says that if this type of phone were to re-enter the market it would "still differentiate on hardware but it would be more aesthetic."