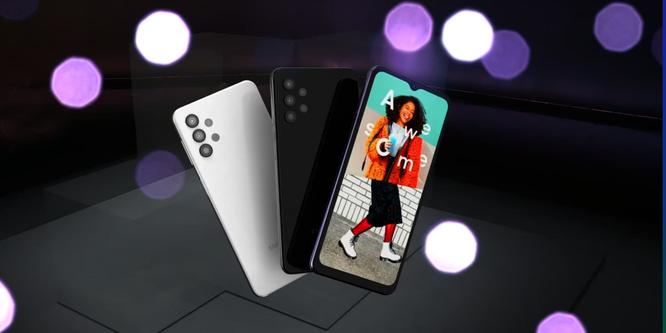 Samsung's Galaxy A33 is expected soon and despite the low price, the budget phone could arrive with 5G, water resistance, and more high-end features.

Samsung's next budget smartphone is coming soon and the Galaxy A33 looks like it is packed with great technology at an affordable price. For a few hundred dollars, a brand new phone with an updated processor and improved cameras always sounds good, and the latest model is unlikely to disappoint. While the Galaxy A33 has not been officially announced, rumors suggest it is just weeks away, and photos and specs have already been leaked.

Samsung's flagship phones are well known. The Z Flip 3 and Z Fold 3 have a remarkable ability to fold to half size and unfold to double-width, respectively. The other flagship series, Samsung's Galaxy S, includes top-of-the-line camera arrays with incredible 100 times hybrid zoom. Loaded with super-fast Qualcomm Snapdragon processors, Corning Gorilla Glass Victus protection, and bright, high-resolution screens with 120Hz refresh rates, these are dream phones. The only downside is the cost and many shoppers can't afford or even want to spend $1,000 or more on a smartphone. Thankfully, Samsung also makes high-quality phones for under $400. While these aren't as glitzy as the headline-making Z and S lineups, they're still great phones. 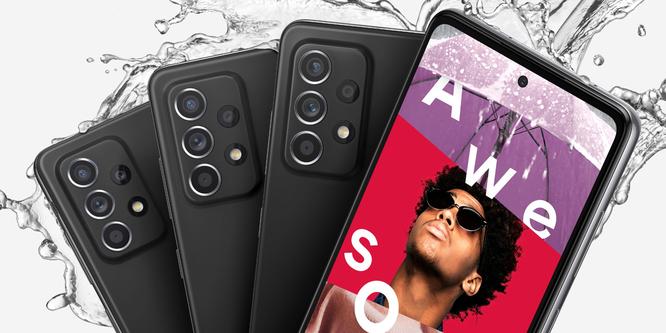 Samsung's Galaxy A33 is expected to arrive soon, having received FCC certification in January, as reported by GSMArena. Samsung's Galaxy A32 launched in January of 2021, but fans are still waiting for its successor, which might show up at the 2022 Awesome Unpacked event. It looks like late March is the most likely time for the Galaxy A33 to be announced. Photos leaked on Twitter by OnLeaks as far back as November 2021, and while the Galaxy A32 was available in both standard and 5G versions, it is expected that the Galaxy A33 will only be available with 5G. Of course, that makes sense with 5G being more widespread now.

And to end up that leaky week, I have a last one for you… Here comes your very first look at the #Samsung #GalaxyA33 5G! (360° video + gorgeous 5K renders + dimensions)Once again, on behalf of my Friends over @91mobiles -> https://t.co/sh1IzXNVomEnjoy your weekend ya all 😉 pic.twitter.com/TtLou3iwhl

Samsung's Galaxy A33 is rumored to offer a 6.4-inch display. While slightly smaller than the 6.5-inch size of the A32 5G, it could feature a higher resolution screen and AMOLED. This would be a big step up, if true, delivering a brighter, more vivid, and sharp display. While the processor is currently unknown, a mid-range MediaTek chip is likely. A 5,000 mAh capacity battery and an improved quad-camera array are expected, so no big changes there. That might also place it in the $350 to $400 price range, keeping the phone as a very affordable option.

Another interesting rumor suggests that the Galaxy A33 will not have a headphone jack. Even though it might be missed by some users, it provides a greater opportunity for water resistance. An IP rating of 67 is expected, which would be great news, potentially extending the life of the phone. Samsung has been improving its image processing software for its flagship devices recently, and the Galaxy A33 could benefit from some of those upgrades as well.

Next: Samsung's Bi-Folding Phone Comes To Life As The 'Flex S'

Alan is a Tech Writer living in Nova Scotia, Canada. A tech-enthusiast since his youth, Alan stays current on what is new and what is next. With over 30 years experience in computer, video and photo equipment, you can expect useful tips and insights in his writing. Alan has a degree in programming, many years focused on design, editing, and animation. A period of managing logistics and e-commerce operations for a mobile accessories company rounds out a diverse background. Alan is a true jack of all digital trades in this ever-changing computer-enriched world. To stay flexible in mind and in body, he practices yoga, light cardio, and eats a whole food diet, based on minimally processed plants.