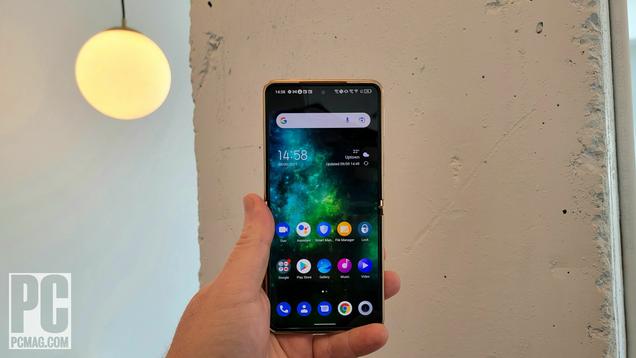 While the Samsung Galaxy Z Flip3 5G may be the least expensive foldable to hit the market, its $999.99 price tag is not cheap. And while it’s still too early to tell if the Z Flip3 is the catalyst that brings foldables to the mainstream, pre-order and early sales projections look promising.

There’s just one problem: Most people buy budget or midrange phones. And like microwaves in the 70s, laptops in the 90s, and flat screen TVs in the early aughts, foldable phones are just too expensive. People are willing to wait for prices to come down.

TCL is willing to wait too. The company announced it will suspend the launch of its first foldable phone for a year. The news comes as a surprise since TCL has touted its flexible display prototypes for years and even made the flexible displays for at least one well-known foldable. I’ve been using the phone it planned to release for the past several days.

TCL is not a newcomer to the smartphone business. The Chinese electronics giant, best known for its televisions, has been in the game from the start. It’s the company behind Alcatel, the BlackBerry KeyOne, and hundreds of carrier-branded phones like the T-Mobile Revvl 5G.Known as Project Chicago, TCL’s first foldable is a gorgeous taupe clamshell with rose gold trim. When closed, it's about the size of a compact and is easy to hold. Open the phone and you’ll find a 6.67-inch AMOLED display.There’s a small vertical display on the front of the phone that lets you quickly access apps or dual cameras. 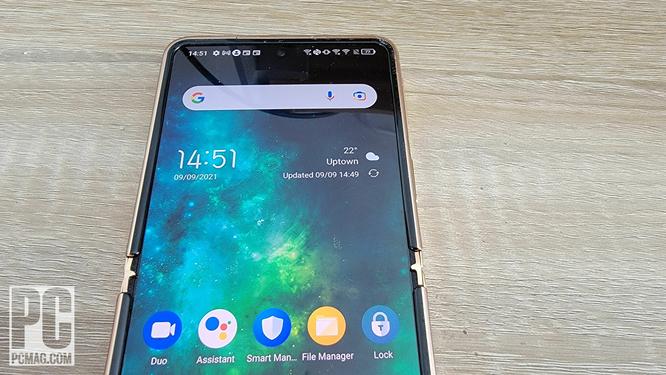 TCL’s Chicago foldable was meant to be a midrange alternative to expensive foldables. Its shell is made of textured plastic. A Qualcomm Snapdragon 765G chipset with 128GB of storage and 6GB of RAM power the phone. And the 48MP and 16MP cameras are solid but wouldn’t compete with the lenses you’ll find on the Galaxy Z Flip3.

That’s not to say the Chicago wouldn’t have been a good phone. It would have been just right for most people. It’s powerful enough to chew through just about any task, has solid sub-6GHz 5G, and the only flexible display we’ve seen where the crease disappears a few seconds after you open the phone. Yes, you can still feel where the hinge is located, but there’s not the large ever-present line that bisects the display on most foldables.

In the Battle of the Foldables, Samsung Dominates

Although TCL would not share pricing details, the Chicago phone would likely have undercut Samsung’s entry-level foldable by a healthy margin. But the truth is it wouldn’t have stood a chance right now. Samsung dominates the foldable market, offers healthy rebates and trade-in schemes, and is available on every carrier. TCL knows it needs broad carrier support and better brand recognition if it wants its first foldable to be successful.

In fact, TCL’s branded phones came nearly a decade later than anticipated. A few years after the company acquired Alcatel in 2004, it announced its plans to retire the brand and replace it with the TCL brand by 2012. Instead, the first TCL-branded phones were scheduled to make a splashy debut at MWC 2020, but the COVID pandemic squashed those plans, and the TCL 10 series announcement was a much more subdued affair.

The first time I met with Stefan Streit, general manager of global marketing at TCL, he showed off several prototypes, including a tri-fold tablet with a butterfly hinge, a rollable smartphone that expanded to a 7.8-inch tablet, and a vertical-folding tablet. Streit admitted the devices would perhaps never make it to the market, but that wasn’t the point: TCL was interested in showing all the possibilities that exist with flexible displays.

When Streit and I met again in January to talk about the TCL 20 series, the situation was much different, but his excitement about foldables had not waned. He shared details about several different form factors the company was testing out and promised TCL would release its first foldable by year’s end.

TCL’s decision to suspend its foldable debut for a year is a shrewd strategic move. The company understands that interest in foldables is concentrated in a few key markets, and that most foldable owners are early adopters. It believes competitive pricing, widespread interest, and better brand recognition are essential for it to make a dent in the market. TCL has a pretty good track record when it comes to successful product launches

Remember, this is a company that managed to catapult its TV brand from relative obscurity to become the second largest manufacturer globally in just a few years. It built its brand by being good enough, a phrase coined by Harvard Professor Clay Christensen that describes how companies can make a dent in premium markets by releasing products with limited features that undercut the competition and attract “value-seeking customers with midlevel incomes.”

TCL currently sells its products in 160 countries and the number is growing by the day. In August, it announced a partnership with Movistar to bring its phones to Central America. It’s also looking to develop markets in East Asia, South Asia, Russia, and parts of Europe thanks to China’s Belt and Road Initiative, a global infrastructure program that’s building out infrastructure and maritime routes in nearly 70 countries.

With more than $30 billion invested in display technologies over the past decade, TCL is not abandoning its ambition. Over the next year, it will be hard at work improving flexible display technology and finding ways to bring down costs. When it releases its first foldable, there’s a good chance it’s going to undercut the competition by a healthy margin. And while we may not see a commercially available foldable from TCL until this time next year, expect to see its NXTPaper tablet and a diverse array of 5G phones released in the interim.