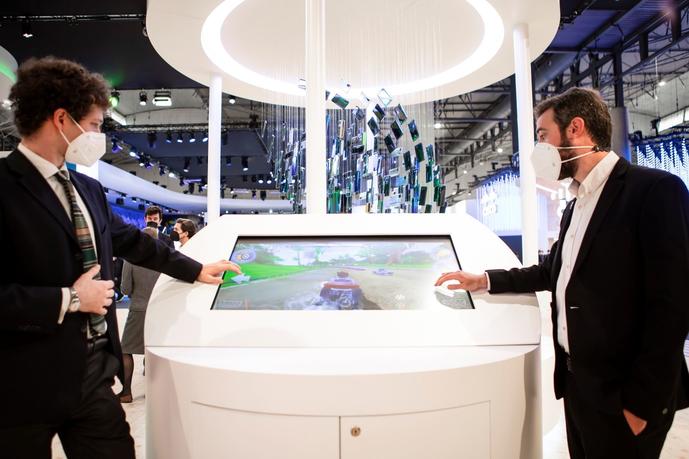 Vodafone powers devices through the cloud

Innovation is moving back to the network. Where 4G catapulted social networking into every pocket, 5G is the conduit for new cloud-based services and highly responsive industrial applications.

By mixing edge computing with 5G speed and low latency – the time it takes machines to respond to a command – Vodafone can deliver the power of cloud computing much closer to the user. Apps and web pages can be loaded and accessed in under 10 milliseconds as opposed to 50 to 400 milliseconds because the information is stored virtually, in the cloud at the edge of the network, and the device doesn’t need to fetch data from a faraway server.

This is important because for machines and robots supporting critical work in security, healthcare and manufacturing, every millisecond counts. And consumers can benefit in many ways too, including being able to minimise motion sickness when wandering around a virtual reality world for leisure or at work.

Vodafone engineers teamed up with specialist software firm Canonical to recently demonstrate how a prototype smartphone operating system can run on powerful cloud servers. This allows users to access their apps and data from any internet-connected screen, without the need for powerful hardware.

In the test, a user was able to selectively share their mobile moments on a large mirror connected to Canonical’s Anbox Cloud platform, via an Internet connection using Vodafone’s fast network. The mirror, or any screen used to access the service, only requires basic video-decoding capabilities – the ability to efficiently play a digital video stream - which is widely supported by most devices today. 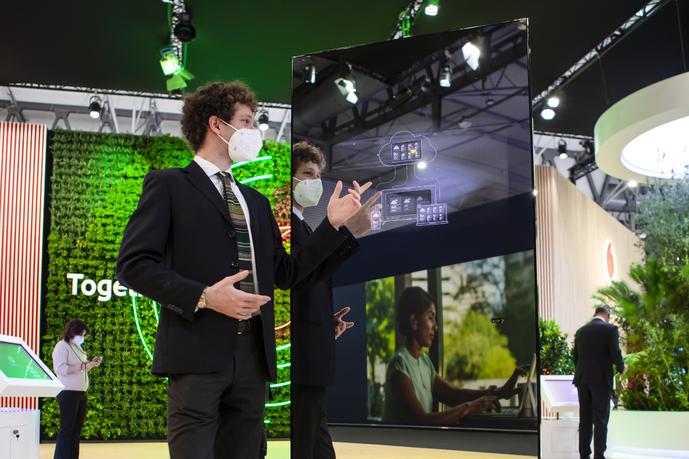 The technology is not restricted to smart mirrors. With Vodafone’s 5G network now spanning 11 European countries, it is possible to extend the benefits of a customer’s smartphone and cloud-based services to millions of existing household objects or wearables.

A business or public authority could quickly broadcast vital information on multiple public display screens at the same time, and an engineer out in the field could read a complex manual through their augmented reality glasses whilst connected to their organisation’s server thousands of kilometres away.

Johan Wibergh, Chief Technology Officer of Vodafone, explained: “By bringing new ‘Thin Apps’ closer to the customer, we enable them to access apps on tap in more places, and unhindered by the lag of a distant data centre.”

There are several uses that Vodafone has identified for thin apps hosted in the network. With the predicted proliferation of smart devices in homes, factories and the office, it is more environmentally sound and more cost efficient to leverage the power of 5G and edge computing rather than pack every new device with the same battery-hungry processing power and precious metals found in smartphones.

Vodafone’s recent Connected Consumer report predicted that within the next 10 years, homes will be equipped with products that proactively monitor health such as bathroom mirrors fitted with sensors. Outside, wearable devices will move beyond voice control and apps will extend from the smartphone to AR glasses – that look more like glasses.

The cloud smartphone is only a prototype at this stage and may or may not become a reality but what it demonstrates is that innovation is moving back to the network. Vodafone is adding thousands of software engineers to its technology division to harness the power of today’s software-driven networks to develop new, disruptive applications. This is just the start.

Storing processing power in either a private, public or hybrid cloud at the edge of the network means devices like smart safety goggles or glasses no longer need a bulky frame to run augmented reality apps.

do i need a new smartphone to get 5g speeds