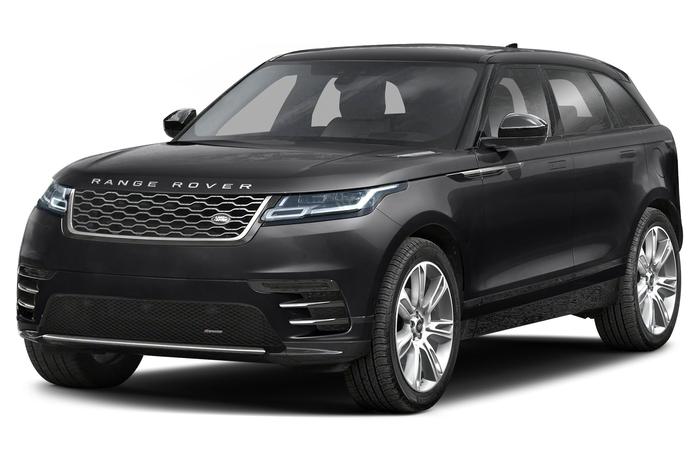 Most premium automakers are focusing more on SUVs as consumer tastes change, but Land Rover was always there and has never made anything else.

In terms of its midsize models, seen here is the top level of the most sleek and stylish of the bunch, which officially goes by the substantial mouthful of the 2022 Land Rover Range Rover Velar P400 R-Dynamic HSE.

The Velar shares its platform with the Jaguar F-Pace, but with chunkier styling that’s ruggedly handsome. It’s well-proportioned up front, and while I think the rear overhang is a bit too long for looks, it provides the Velar with decent cargo space. But I’m not a fan of the flush-mounted door handles, which automatically slide out when you need them. Regular handles work fine and they’re reliable, especially in a climate with ice and snow.

The interior is good-looking as well, with strong horizontal lines and a minimum of clutter. But to my eye, it doesn’t quite look like it’s a vehicle that tops $90,000 as-tested, with minimalistic controls that aren’t always all that user-friendly (more in a bit).

The Velar has not been rated by the United States National Highway Traffic Safety Administration (NHTSA), nor the Insurance Institute for Highway Safety (IIHS), which reflects in our score. However, it did earn the top five stars in the European New Car Assessment Programme (NCAP) for crash testing.

Standard equipment includes emergency front braking, blind-spot monitoring, lane-keep assist, front and rear parking sensors, traffic sign recognition, auto-dimming interior and driver’s side mirrors, tire pressure monitoring system (TPMS), forward-facing camera, automatic high-beam headlights, and the rear camera that’s mandatory on all new vehicles. My tester also had an optional heated windshield for $450. The small, vertical wires heat up and work quickly to clear the glass, but you must look through them, and I find that tiring on a longer drive.

As you’d expect for the price, the Velar P400 comes well-equipped. Other than upgraded seats, most of my tester’s extensive option list involved its exterior appearance, such as wheels or paint. 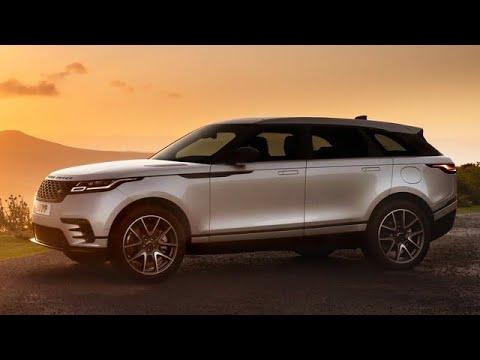 The Velar’s infotainment system uses Jaguar Land Rover’s newest software for its stereo and navigation functions, while a second screen below handles the climate control, seats, and vehicle functions. It’s all fairly intuitive and loads quickly, but you may have to tap the screen more than once to get something to happen if your hands are cold or dry from winter weather.

Some functions just require too many steps. There’s a dial for cabin temperature, but then you tap it and turn it again to adjust the seat heating or ventilation. To change the fan speed, you must first tap the tiny fan icon on the screen, which turns the right-hand temperature/seat dial into the fan-speed dial. That’s a lot to do when you’re paying attention to traffic. Even the headlight switch is unnecessarily convoluted. You turn it to your selection, and then it pops back to a neutral detent, with the light setting shown as a tiny icon in the instrument cluster. I don’t know why some functions that are so simple in other vehicles can’t be the same here, and apparently just for the sake of being different.

While some automakers will seemingly stuff a third row of seats into everything above a subcompact, Land Rover wisely left the Velar with only enough chairs for five. Second-row legroom could be better, but the payoff is an impressively generous cargo compartment.

The rear seat folds almost flat to carry longer items, and its 40/20/40 configuration lets you carry two passengers and fold the centre section for cargo. Towing capacity is a maximum of 2,500 kg (5,512 lb), and the roof racks can be loaded to a maximum of 79 kg (174 lb).

The Velar’s seats are very supportive, and include heat and ventilation for the front ones, and heat for the rear ones. Mine included 20-way power adjustment and a massage function as a $500 option. My chairs were upholstered in black leather and very handsome, thanks to their contrasting stitching. Front-seat legroom is generous, but as mentioned, there’s not quite as much space for legs in the back. My tester’s black roof – a $700 option – makes it look lower, but headroom is decent (if not spectacular) at 966 mm (38 in).

As the performance member of the Velar lineup, the P400 has a firm ride, but it’s well-managed and comfortable, and the cabin is very quiet. It may be quick, and as a Range Rover can tackle tougher terrain, but it’s also very much on the luxury side too.

The Velar comes with a choice of three turbocharged engines, starting with a 2.0L four-cylinder that makes 250 hp. The 3.0L inline-six in the P340 makes 340 hp and 354 lb-ft of torque, but in my P400, that six-banger is tweaked to 400 hp and 405 lb-ft of torque, going to all four wheels through a smooth-shifting eight-speed automatic transmission.

Overall, it’s a very good fit to this sport-ute, with great passing power on the highway. But it needs a firm foot to do its best work, where hard throttle gives you immediate response. In moderate driving, you press down and there’s a split-second where nothing happens, and then it all catches up and accelerates. Better throttle response across the board would make this a better overall performer.

The Velar is a great vehicle to drive, with responsive steering and sharp handling that makes it feel smaller than it is. The P400 includes adaptive damping and an electronic air suspension, which can be lowered for easier entry, or raised for off-road travel. The selectable drive modes include a sporty setting, as well as others for comfort, gravel, snow, sand, or mud and ruts. If you’re travelling off-road, you can activate a terrain response system that engages low-speed cruise control that lets you sit back and let the vehicle do the work.

Despite the Velar’s size, it’s well-controlled around curves, and doesn’t feel top-heavy. The brakes are linear and do a good job of stopping, and overall, it’s a very nice ride.

My tester then had a hefty option list, but while it was a comfortable and feature-filled vehicle, it just didn’t give the impression that one has laid out more than $93,000 to get behind the wheel – and perceived value is very important in this segment.

If you’re a Range Rover fan, the Velar is definitely worth a look. It’s handsome, well-sized, and well-equipped, as well as being a smooth-handling vehicle. But if you’re on the fence, shop around. There are some equally good competitors out there, from automakers such as Audi, BMW, Mercedes-Benz, and Porsche, along with sibling Jaguar, and with smaller starting price tags on their windshields. You need to check them out as well.

can a folding phone ever have a tougher screen