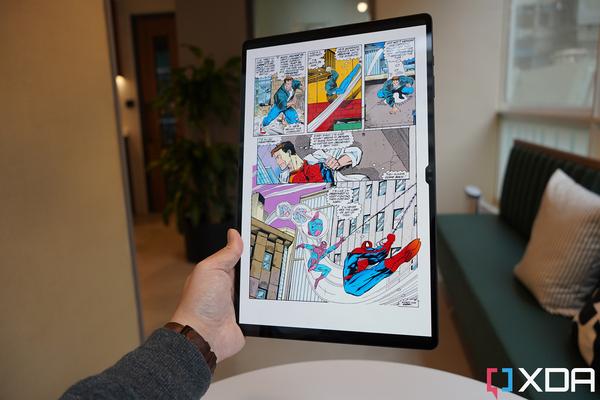 Android on tablets and other large-screen devices hasn’t been a great experience for a long time, but Google is slowly trying to change that. The recent Android 12L update (also called Android 12.1) focused on interface improvements for tablets and folding phones, and now the Google Play Store is introducing a few changes to help people find applications properly optimized for large devices.

Google announced in a blog post on Wednesday, “in the coming months, we’ll be updating our featuring and ranking logic in Play on large screen devices to prioritize high-quality apps and games based on these app quality guidelines. This will affect how apps are surfaced in search results and recommendations on the homepage, with the goal of helping users find the apps that are best optimized for their device.”

Google only mentioned a few of the guidelines that will be used to determine if an app is high-quality for large screens, such as proper landscape/portrait modes (Eero and Target apps, I’m looking at y’all), keyboard shortcut support, and stylus pen compatibility. The company also says the Play Store will highlight apps that have been optimized for large screens “in editorial content across Play,” though the Play Store on tablets and Chromebooks already has a section on the home page with links to optimized apps.

Google’s current metrics for checking app quality on large screens include multi-window and multi-resume support, larger touch targets, tab/arrow key navigation, drag-and-drop, keyboard modifiers, and other features. The more features are supported, the higher the application should be ranked.

Even though the new ranking logic might improve search results, detecting support code for certain features doesn’t always mean the features work well. For example, while apps like Twitter and Google Home technically support landscape orientation on tablets, they simply stretch the portrait layout to widescreen. That’s the reason I use the Twitter desktop web app on my tablet over the native Android application.