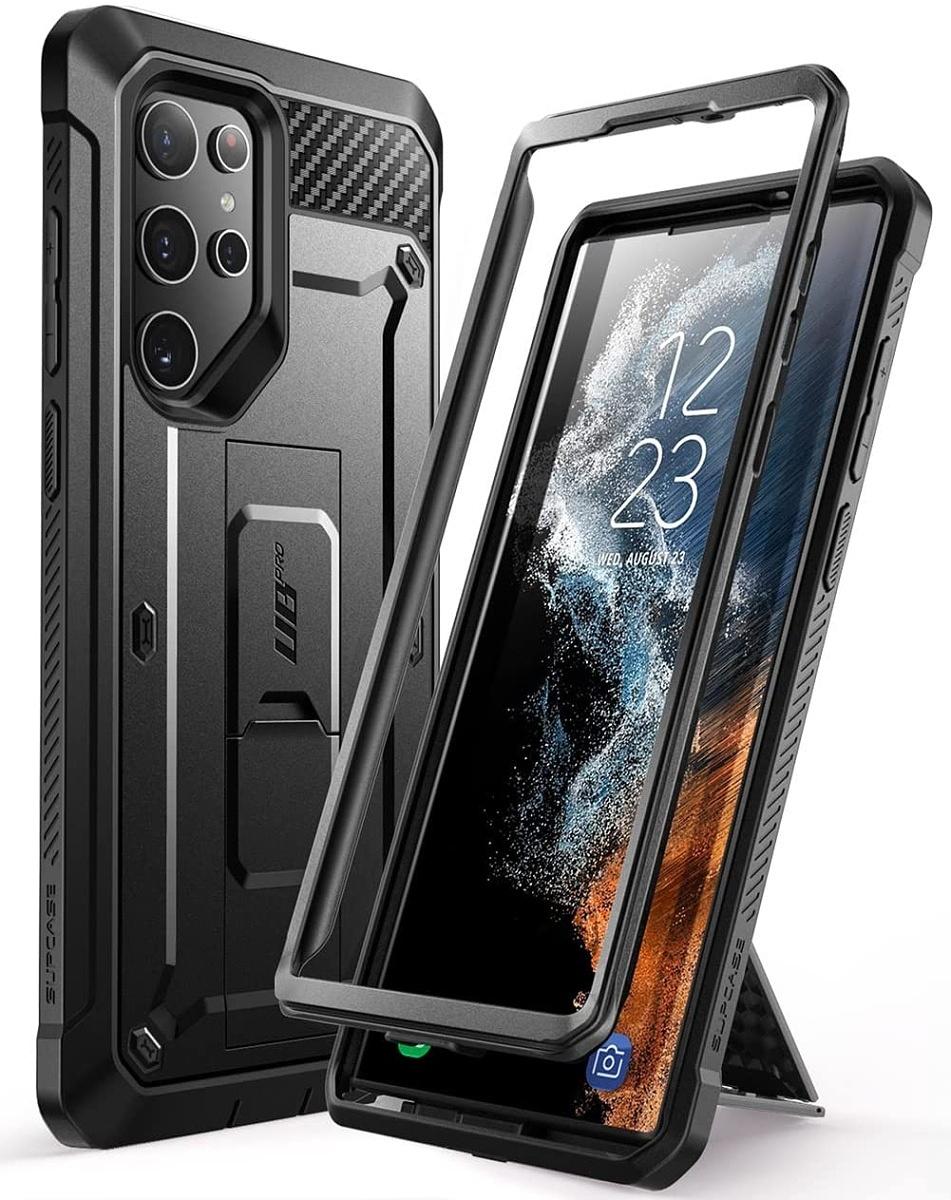 Check out our Favorite Cases for the Samsung Galaxy S22 series

The Supcase Unicorn Beetle Pro has been one of our recommendations for the longest time thanks to its robust design and rugged frame. If you’re someone who drops your phone often and wants to make sure that it stays protected at all times, the Unicorn Beetle Pro is the perfect option. It’s got a silicone layer that wraps around the phone plus a hard plastic layer that comes in contact with any surface upon impact.

If that doesn’t sound like ample protection already, you even get a built-in screen protector so there’s no need to purchase one separately. Not only is the Supcase Unicorn Beetle Pro protective, but it’s also got some nice utilitarian features up its sleeve. For starters, there’s a kickstand on the rear that can help you rest the phone on any surface you like. This comes in handy when viewing content on the phone for long hours. Apart from this, you also get a belt holster with the case so if you like carrying your phone around on your belt, you know which case to get!

While some people may want complete protection for their smartphones, not everyone wants to use a case that’s drop-resistant. Such cases are generally thick and change the way the phone looks and feels in the hand. However, a case is still necessary to provide some type of protection at least against scratches and dings. The solution to this problem is to use a thin case. A thin case adds a basic layer of protection without adding too much bulk or changing the dimensions of your phone considerably. 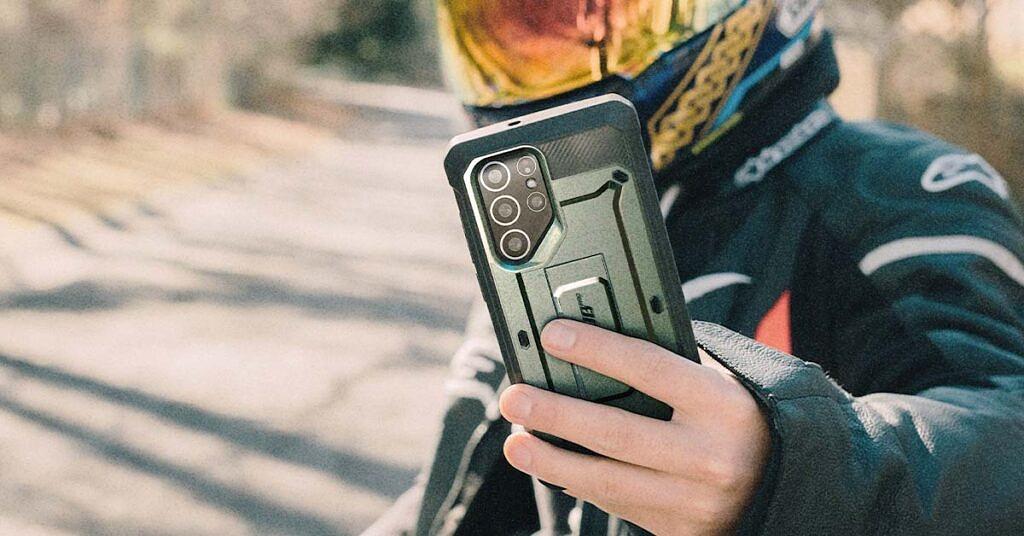 One of the best thin cases out there is the Spigen Thin Fit. While the Thin Fit used to be a hard plastic case some time back, Spigen revised the design last year and it’s now more flexible as well as more protective. It’s lightweight and doesn’t add any noticeable weight to the phone and this is especially appreciable on a large and heavy device like the Galaxy S22 Ultra. It also looks stealthy and is the perfect case for someone who wants something minimal.

The Galaxy S22 series of phones come in a variety of attractive colors. When you’ve picked a color of your choice, you would surely want to show it off to everyone when using the phone. That’s where a clear case comes in handy. The i-Blason Ares isn’t your average clear case though. It has a transparent back that shows off the color of the smartphone but also offers a ton of protection thanks to rugged bumpers running all around the edge of the case.

This is easily one of the most protective cases that you can buy that’s also clear. It’s also available in a variety of colors along the edges so you can either choose to match it with the color of your phone or choose a contrasting finish that can give your phone a completely new look altogether.

This case is for those who are a fan of the military camo look. The Fusion X case from Ringke has a translucent back with a camo pattern that looks great when you put it on a phone. There’s also a nice texture on the back that improves the grip of the phone when you’re holding it. Apart from looking tough, the Ringke Fusion X also has tough protection with large corner bumps that protect the device in case of a fall.

The bumper runs all along the edges of the device and is made of TPU which is shock-absorbent. The backplate is polycarbonate which means it’s sturdy and offers good protection for the back as well. The elements from the side bumper extend onto the back in some parts to give the case a more aggressive look. If you want a rugged case that has a nice design and doesn’t add too much bulk, you can consider this case from Ringke.

A lot of people want to protect their phone from drops but do not want to add too much bulk or compromise on the design. This is where the Clayco Xenon comes into the picture. The Xeon series of cases from Clayco is protective but doesn’t add a lot of bulk to your smartphone. If you got the Galaxy S22 Ultra, it’s already quite a bulky device so if you put on a thick case, it may get slightly uncomfortable to hold and use for long hours.

The Clayco Xenon case solves that by using softer materials that don’t necessarily add too much thickness. The design of the case is also nice and sober without too many aggressive elements. You get a matte finish on the back that makes it easier to grip the phone accompanied by carbon fiber accents on the top and the bottom to give the case a slightly tough look. It even comes with a built-in screen protector and is available in a few color options depending on the device.

We thank Supcase, i-Blason, and Clayco for sponsoring this post. Our sponsors help us pay for the many costs associated with running XDA, including server costs, full time developers, news writers, and much more.