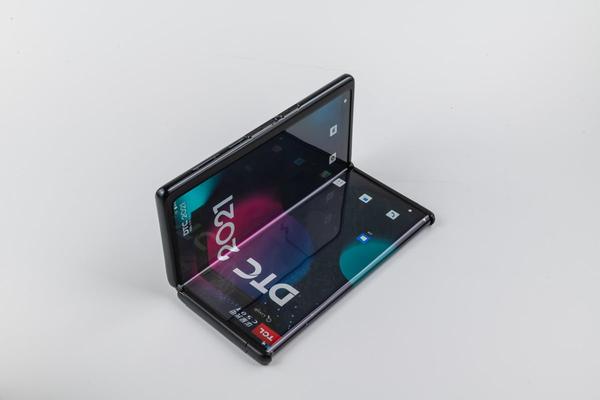 Despite early teething problems, foldable screen technology is finding its way into an increasing number of innovative new devices. Foldable screens mean that manufacturers can create devices that, in theory, offer the portability of a typical smartphone, with the screen real estate of a tablet. Properly implemented, this gets you the best of both worlds.

TCL has unveiled two intriguing concept phones that could add further variety to mobile devices. While at first glance they appear similar to other foldables, a closer look reveals unique hidden talents.

The key to the Fold n Roll’s party trick lies in its name. It features a screen that measures roughly 7-inches when unfolded, but which can then be extended still further to 8.8-inches via a mechanism that unrolls an extra section of screen from one side of the device. This way, TCL is able to cram an even larger screen into the phone without increasing its overall size. 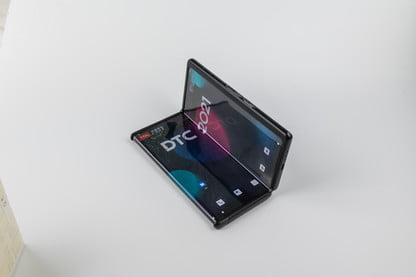 The screen features 2880 x 2160 resolution, which works out to 360ppi (pixels per inch). It’s 8mm thick when unfolded and 18mm thick when folded. That means there’s probably a 2mm gap between the two halves when it’s folded up.

The Ultra Flex appears to be a somewhat more traditional foldable smartphone, if traditional is a word that can be applied to any of these unusual, bleeding-edge devices. It implements a 360-degree hinge design so that it can go from a closed clamshell to a tablet to a more standard smartphone format.

The screen is an 8.01-inch PLP AMOLED 2489 x 1860 resolution display that supports the active pen stylus. Looking at the design, we can see that it has two sets of cameras: A rear array with three cameras and a flash and two front-facing cameras.

Folding into a flexible market

TCL has been working on foldable phones for some time now but has yet to actually launch one. They face stiff competition from other brands that have already established themselves in the foldable phone market. Samsung is already on its third iteration of their Galaxy Z Fold series, with the Fold 3 being a fearsomely capable device.

It’s much like TCLs Ultra Flex, but the Fold 3 offers a second whole screen so that it can be used as a phone with the main camera array still available. The Ultra Flex, on the other hand, takes the approach of implementing a 360-degree hinge so that it doesn’t need that extra display. The tradeoff is that in phone mode you can only use the smaller front-facing camera array. A potential advantage of The Ultra Flex design is that when folded closed, all of its screen space is protected, much like a classic flip phone.

Though we have no indication of how either device might be priced, it is logical to assume that the Ultra Flex might be a relatively affordable foldable when compared to the Fold 3. Since it doesn’t have a second exterior screen like the Fold 3, that should keep costs down.

The Fold n Roll is clearly aimed at shrinking the footprint of foldables without sacrificing screen space. To me, this is an important factor, as one thing that has put me off of these devices is that they tend to be bulkier than standard smartphones. The Fold n Roll could offer a more pocket-friendly alternative to the Galaxy Z Fold 3.

It’s important to remember that these TCL foldable phones are still just concept devices, so they may well change dramatically when and if they eventually hit the market.

why would you want a folding phone