Home folding phone Does Anyone Care About Apple TV+? Maybe It's Time to Start 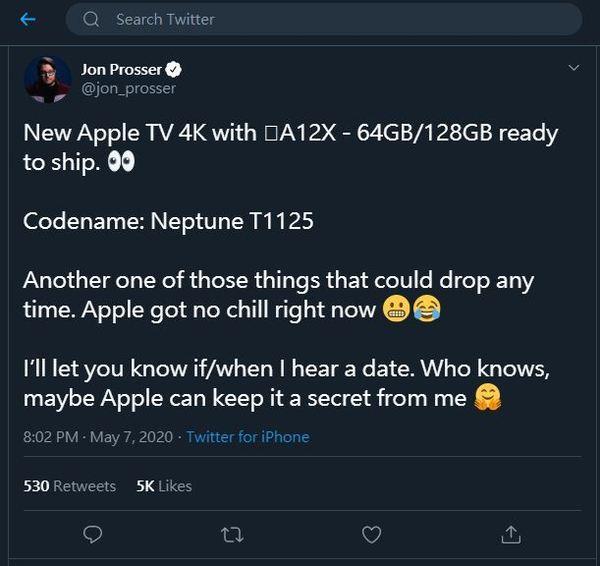 Does Anyone Care About Apple TV+? Maybe It's Time to Start

When it launched in November 2019, Apple TV+ was notable for being the one streaming service that didn’t come equipped with a library of existing licensed content. Everything on the service was original and created for (or acquired by) the platform. It didn’t take a genius to know this would be a hindrance rather than an asset, but when a tech company enters the media space, it’s not exactly surprising either. Subscribers want to get the most out of their money, and they want the nostalgia that accompanies rewatching old shows alongside the dopamine rush of falling in love with and binge-watching new ones. Apple TV+ couldn’t provide that. And it certainly didn’t help that the few programs available at launch or soon after skewed toward lackluster, predictable, or downright awful—a pattern that would continue for quite some time. This, unfortunately, overshadowed the few good shows available, like Dickinson and For All Mankind, which failed to garner followings proportional to their quality. But the streaming service has slowly been turning things around of late. And yet, does anyone actually care?

The winds of change started to shift in the summer of 2020 with the arrival of Ted Lasso. Word of the feel-good comedy, which follows an American football coach (Jason Sudeikis) who becomes the manager of a failing English Premier League team, spread like wildfire during the pandemic. It turns out being locked inside our homes for months on end because of a deadly virus was good business for Apple TV+ and other streaming services like it. Who knows if the show, with its themes of optimism and human kindness, would have flourished the same way in a world where the pandemic never happened. But regardless, Ted Lasso’s commercial success soon morphed into widespread critical acclaim, and the series racked up numerous awards for both its first and second seasons, including Emmys, Screen Actors Guild, and Television Critics Association awards.

Since then, the reputation of Apple TV+ as a creator of content has improved somewhat, and the service has produced several more good-to-great programs. Schmigadoon!, an homage-by-way-of-parody to the great age of musicals, debuted in the summer of 2021 to critical acclaim. It was followed by the well-received bilingual comedy Acapulco. Meanwhile, 2022 got off to a hot start with a string of winners that include the newest iteration of Fraggle Rock (known as Fraggle Rock: Back to the Rock), the genre-bending comedic murder mystery The Afterparty, and the psychological thriller Severance. None have yet proven to have the mass appeal of the service’s biggest hit. However, they’re all quality TV shows and are hits with critics. But again, does anyone outside of the media echo chamber actually care about these shows? Is the average consumer actually watching Apple TV+?

The argument that there are too many streaming services is an old one in 2022. Frankly, once the field expanded beyond the big three—Netflix, Hulu, and Amazon—it was probably too many. Now people also have the option of subscribing to Apple TV+, Disney+ (owned by Disney), HBO Max (owned by WarnerMedia), Paramount+ (previously known as CBS All Access and owned by Paramount, the company formerly known as ViacomCBS), and Peacock (owned by NBCUniversal). And this doesn’t even include Discovery+, which features non-fiction programming, or the niche services like Acorn TV, BritBox, and Shudder.

In September 2021, it was reported that Apple told the International Alliance of Theatrical Stage Employees that it had fewer than 20 million paying subscribers in the U.S. and Canada. (The company offers three months of Apple TV+ free to anyone who purchases a new iPhone or another eligible device.) For comparison, Netflix’s most recent numbers place it at approximately 75.2 million subscribers in the U.S. and Canada and 222 million worldwide. But Netflix has been in the game for a long time and is still the leader in streaming. Disney+ and HBO Max, which debuted in November 2019 and May 2020 respectively, are likely better comparisons, but the former hasn’t revealed domestic subscriber numbers (it has 118.1 million globally), while HBO Max numbers are reported alongside those of the HBO cable channel (46.8 million domestic subscribers, but 73.8 million globally). Regardless of the lack of transparency regarding streaming subscriber numbers, it’s clear that Apple TV+ remains at or near the bottom of the food chain. 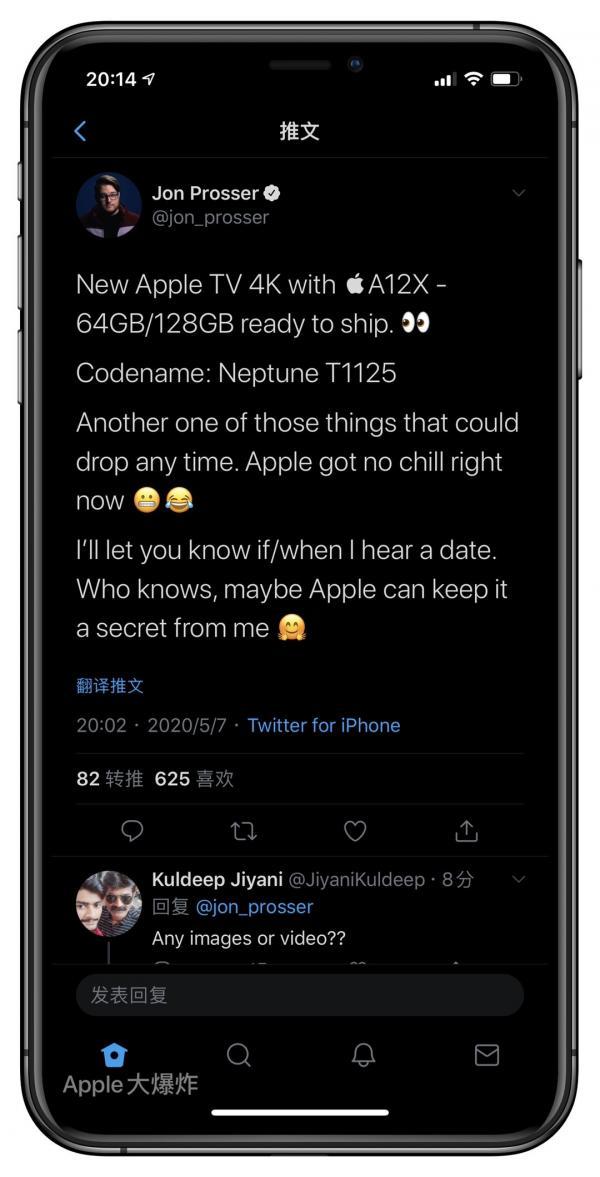 While Ted Lasso was a turning point for the service in terms of both quality and visibility, Apple TV+ seemingly hasn’t been able to capitalize on it. The fact the company is finally producing creative, well-made shows on a more consistent basis is something worth celebrating. But it hardly matters if few are subscribing to see said programs. Case in point: The Afterparty, which features an all-star cast and hails from creator Chris Miller and his creative partner Phil Lord, is a delightful, fun, and well-made take on the murder mystery. Each episode follows the events from a different person’s point of view and takes on a new genre as it corresponds to said person. A musical episode written by Jack Dolgen (Crazy Ex-Girlfriend) and starring Ben Schwartz, with original songs written by Jon Lajoie, is a creative highlight and series highpoint. But the show has hardly made any noise since debuting in late January.

According to Google, search interest for The Afterparty peaked in the U.S. the day after it debuted, sharply declined, and then leveled out almost as quickly. That’s not all that shocking (interest in TV shows is always high around premieres and more level throughout the season), but when you compare it to Disney+’s WandaVision or HBO Max’s Peacemaker (or even Hulu’s Pam & Tommy, to a lesser extent), search interest during their runs is a series of clear peaks and valleys, with the peaks corresponding to new episode releases. So, you can see a major difference in human behavior and interest. This raises an important question: Would The Afterparty have been more successful had it been on another platform that releases new episodes weekly? It’s possible, and likely even probable, because the show—like For All Mankind before it (and potentially like Severance after it)—remains largely under the radar of the masses.

And yet, it’s also difficult to recommend that people shell out more hard-earned money every month for a streaming service that still has more quality failures (See, Mr. Corman, Invasion, and the popular but objectively bad Morning Show) and easily forgotten shows (The Mosquito Coast, Foundation, Defending Jacob) than successes.

It’s also difficult to tell people an Apple TV+ subscription is worth it when the service still doesn’t feature a full library of licensed content (in 2020, Apple made deals to acquire classic Peanuts programming and the original Fraggle Rock, but those remain unique situations). Hopefully, the string of quality shows that Apple TV+ has produced lately isn’t a fluke but rather a sign that the streaming service has worked out some of its development kinks and will soon be worth the $4.99 per month fee. Perhaps the fact that the service took home four SAG Awards in February (two for Ted Lasso and two for the film “CODA”) means that people will soon be subscribing for more than just the two months that Ted Lasso releases new episodes. Because there are shows worth watching and that would benefit from having more eyeballs on them every week. And it’d be a shame if they fell through the cracks just because of their streaming home.

Kaitlin Thomas is an entertainment journalist and TV critic. Her work has appeared in TV Guide, Salon, and TV.com, among other places. You can find her tweets about TV, sports, and Walton Goggins @thekaitling or read more of her work at kaitlinthomas.com.

For all the latest TV news, reviews, lists and features, follow @Paste_TV.

GET PASTE RIGHT IN YOUR INBOX