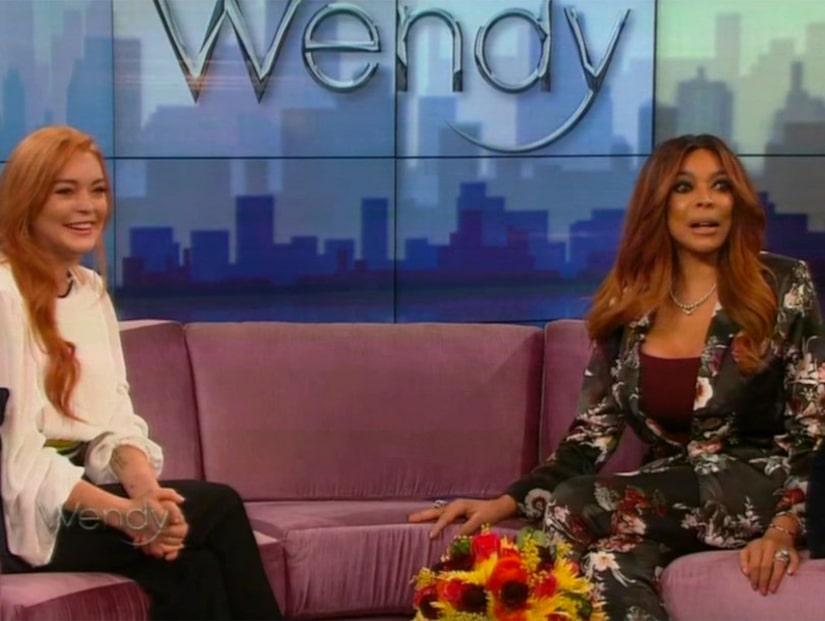 For better or worse, Lindsay Lohan is the "most talked about" person in Wendy Williams' Hot Topics -- and Friday, the actress herself finally sat with the host for an extremely candid interview about everything Williams has always wanted to ask.

Wendy kicked off the show recalling how they once met at a taping of "American Idol," insinuating Lohan was using drugs at the time because she was always getting out of her seat and disappearing.

"No, it wasn't because of that," Lohan swore.

Williams asked if she thought her father was to blame for her problems, which include a string of arrests in Los Angeles back in the day. "I don't know. I think everybody has their own path in life. We all go through ups and downs in life," she explained. "Being in public, a lot of pressure was on a lot. I didn't know how to have a private life because I was too young, running around too much and surrounding myself with people I probably shouldn't have been around, there for the lifestyle. I wouldn't blame anyone for anything in my life."

She said she doesn't keep in contact with "any of the people I hung out with Los Angeles" anymore and added, "I just don't recommend drinking and driving ever."

Wendy also brought up a paparazzi photo of her where her feet were covered in a white powder, which some interpreted as cocaine. "[It was] Baby powder! If your shoes are too tight, you put lotion or baby powder, so they slide in easier," Lindsay said. "Ballerinas do it all the time. If that were anything else, who's gonna put it in your shoe?! I'm not Stevie Nicks-ing this."

Lindsay's grandmother, cousins and both of her parents were in the audience for the show, prompting Wendy to say, "I didn't think Michael and Dina could be int he same room!" 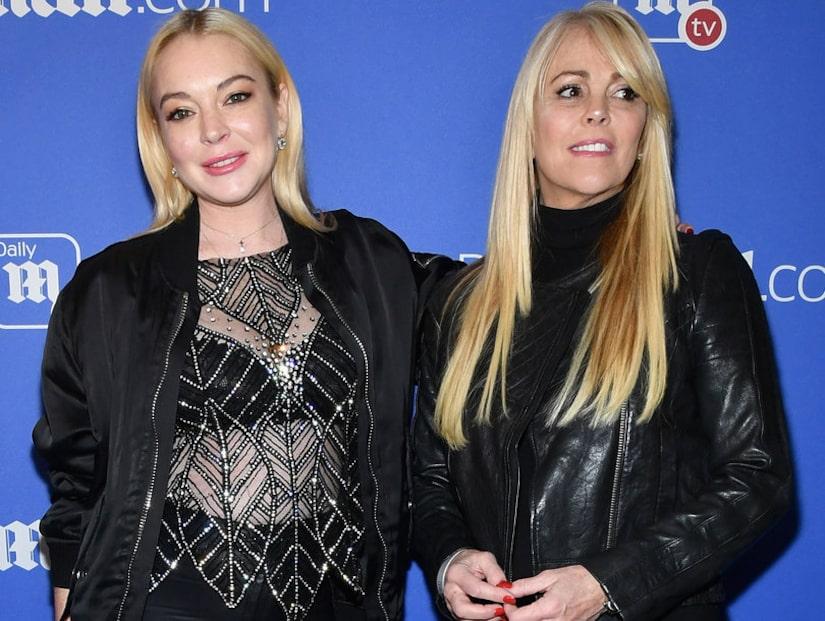 "In life, parents have their things together and sometimes the children are immersed in it and you really have to step back and let your parents do what they do and figure everything out for themselves," Lohan said of her parents' problematic past.

"We all have a great relationship now, so it's nice," she added, "it's much simpler that way."

In 2014, Lohan agreed to star in a reality show on Oprah's OWN Network called "Linsday." It was a total disaster, with Lindsay often showing up late or totally uninterested in filming the show. Wendy asked if she was sober at the time, with Lohan saying she was "very deep" into her sobriety at the time. Looking back, she said she simply took on too much at once.

"I should have questioned more how it was going to feel to move back to New York after living in California for so many years, having my family around for the first time, so I threw myself into it really quickly and then there's cameras there," she said.

"There were times when I was in my bedroom and the camera crew's there and I was like, there's so much stuff, there's too much clutter, I need an hour," she said. "Our original consensus and idea for the show was one camera and me, instead of a camera crew. It became more of a scripted thing, until Oprah came back and then it was real."

Lohan said she and Winfrey still talk. "I love that I can say that, she's the coolest person ever," added Lindsay. "She really is amazing. She really was such a guiding light in my life."

Williams asked, point blank, if Lindsay considers herself "sexually fluid." Her response: "No, I like men."

Wendy brought up her past with Samantha Ronson, to which she replied, with a laugh, "I was living in LA. I'm not saying it's a bad thing, but no, I'm not dating right now."

"I don't have a man. I don't want to date anyone right now. I'm in work mode, I like it," she added. "I have great girlfriends, people around me, my family. Relationships, I've had enough of them. I don't think, especially in LA you're always around other actors, and I like being OK with me. When it happens, it'll happen."

Her Future (and Her Own Island):

When asked how she makes money, Lohan said she recently finished a show in the UK called "Sick Note" with Rupert Grint and Nick Frost.

She also has a beauty and makeup line, her own nightclub and is planning a project for the famous man-man island chain The World in Dubai, where she currently lives. "I'm discussing designing an island in Dubai at the World Islands ... Lohan Island," she said. "I'm out Trumping Trump!"

Of Dubai, she said she feels "very safe," adding that it's "illegal to have paparazzi, it's banned" there.

Lohan said she's "becoming a bit stalker-ish" in trying to get a "Mean Girls" sequel made and said she'd "eventually" love to have a family of her own. "I really threw myself into working with a lot of children and refugees overseas. I'm going back to Turkey to see them soon," she added. "I feel like there's a lot of love I have to give to children that don't have anyone and that have lost their parents and don't have a lot of love and hope in their life."

What She Considers the Biggest Misconception About Her

Williams closed the interview by asking Lohan reveal what she thinks is the public's biggest misconception about her and how it affects her day to day life.

"It is frustrating to me when people always say those partying days and stuff. I was never really a partier. Just because I was seen out at clubs, made some mistakes, they didn't take the best shots of me. I don't like to bring up and rehash the past," she said, after Williams made her do just that.

"I'd rather stay focused on what I want to do next. Whenever people bring up past things I experiences and gone through, like jail, working at the morgue, which is actually really traumatizing stuff," she continued. "But then it distracts from actually, maybe meeting with people to do Batgirl, doing a 'Mean Girls 2,' it really distracts people and they only think about the negative."

why best buy is nicksing the fold phone