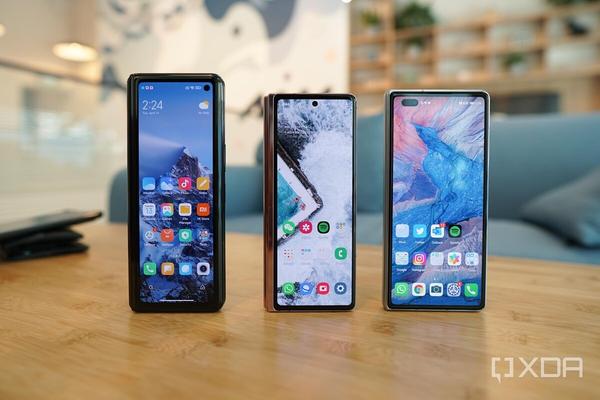 The foldable smartphone market is poised to witness speedy growth in China, as major domestic display makers scale up production capacities in flexible screens along with the maturity of technologies and cost reductions, industry analysts said.

The shipment of homegrown organic light-emitting diode (OLED) panels used in smartphones is expected to rise from 95 million units in 2021 to about 160 million in 2022, said Chen Jun, vice-president and chief analyst of Sigmaintell Consulting, a Beijing-based market research firm.

Domestic flexible OLED panels will account for about 37 to 38 percent of global total this year, an increase of 10 percent on a yearly basis, Chen said, adding prices of foldable phones will likely drop to between 5,000 yuan ($784.5) and 6,000 yuan in 2022, given the rising maturity of the local supply chain.

In December, Huawei Technologies Co unveiled the P50 Pocket, its latest foldable handset, which after folding can be put into a wallet.

The move came after Chinese smartphone maker Oppo unveiled its first foldable flagship smartphone Find N. Priced at 7,699 yuan, the phone can serve as a tablet when fully opened and becomes a phone when closed. Other domestic players such as Xiaomi and Vivo are also gearing up to release foldable phones.

"Chinese handset producers aim to grab a bigger slice in the premium phone segment by rolling out foldable models. Phones featuring innovative and diversified appearances, such as curved and stretched screens, might be launched in the future," Chen said.

"The penetration rate of OLED panels in the mobile market is expected to rise to 42 percent this year," Chen said, adding that apart from foldable screens, the production costs of hinges－a mechanical design that allows flexible panels to fold and unfold－and ultra-thin glass cover plates are still relatively high. Maturing supply chains will lead to a decline in those costs.

If Apple Inc is on track to release its foldable smartphone by 2023, it will not only be an inflection point in taking foldable mainstream, but also improve the component yield and scale for the entire supply chain, it added.

The foldable phone market is gaining momentum fueled by the exploration of handset makers in the high-end smartphone segment. The players are ramping up efforts in innovative eye-catching designs to further tap into surging demand from consumers for portable products during the COVID-19 pandemic, said Amber Liu, a research analyst at Canalys, another market research firm.

BOE owns three sixth-generation flexible AMOLED production lines. It started mass production of the flexible panels in Chengdu, Sichuan province, in October 2017. The panels have been used by more than 10 smartphone manufacturers.

In addition, the T4 project of TCL CSOT in the sixth-generation flexible AMOLED panel production line began mass production in 2020, with 48,000 modules set to be manufactured each month.

"AMOLED technology is the future for smartphone panels. At the moment, technological upgrades of display panels on smartphones concentrate on appearance, function and image quality," said Zhang Yu, vice-president of BOE.

why are folding phones innovative