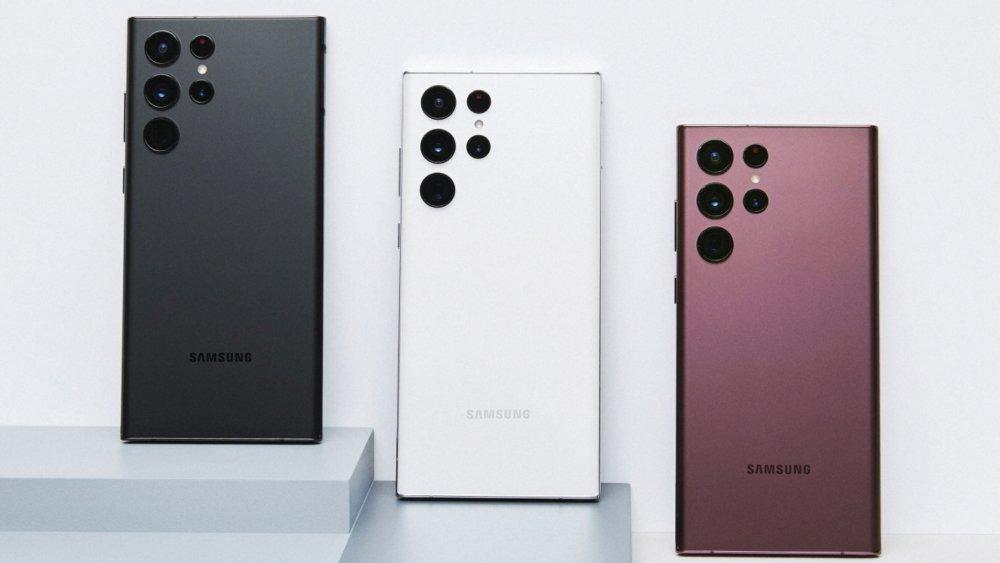 Galaxy S22 throttling problem is much bigger than we thought

The Galaxy S22 series is Samsung’s best possible phone that you can buy right now and one of the top Androids of 2022. But it’s also part of a few controversies that might make you reconsider. Chief among them is the Galaxy S22 processor throttling issue buyers discovered in early March.

Users found that a built-in Galaxy S22 app that you can’t turn off will reduce the phone’s performance in apps. But the OS would not throttle the Galaxy S22 processor in benchmark apps, which is a form of cheating. Samsung issued an update to fix the problem in record time, with the release already available in Korea and Europe.

This signals that the Galaxy S22 processor throttling blunder is serious. And new developments show that it’s a much bigger problem than we thought.

GOS is a service present on multiple devices, not just the Galaxy S22. That includes older phones and tablets. It turns out even the brand new Galaxy Tab S8 tablets have similar processor throttling issues in place.

If you need further proof that the Galaxy S22 processor throttling issue is a big deal for Samsung, you don’t have to look further than Samsung’s recent shareholders’ meeting.

The Korean giant addressed the matter during its 54th annual shareholders’ meeting on Wednesday, SamMobile reports.

Han said that GOS should optimize performance on smartphones. Furthermore, the exec denied allegations that GOS is part of the company’s excessive cost-reduction efforts. Han said that Samsung doesn’t reduce the quality of its devices to cut down costs.

But last year’s plastic Galaxy S21 phone is the simplest proof that Samsung does look for cutting costs on flagship devices. The Galaxy S21, by the way, also throttles performance. And, like the Galaxy S22, it’s now excluded from benchmarking apps.

Others have criticized Samsung’s cost-cutting measures in relationship with the Galaxy S22 processor throttling. By reducing performance, GOS supplements the phone’s cooling system, which might not be good enough to handle peak performance.

Ice Universe is one of the Samsung insiders who has voiced his concerns about the Galaxy S22 throttling problems. Having Han apologize to Samsung shareholders for the Galaxy S22 performance debacle proves that the issue is serious, at least in Korea.

Earlier reports did say that Samsung is facing investigations and lawsuits in its how country following the processor throttling problems.

What processors does the Galaxy S22 phones have?

The GOS behavior indicates that Samsung felt like it needed to have a safety in place to prevent overheating during extended Galaxy S22 use. That might suggest that those people claiming the phone’s cooling system isn’t able to remove heat from the processor might be right.

The throttling controversy can also make one wonder if there’s a problem with the processors that power the Galaxy S22 phones. As a reminder, we’ve known the System-on-Chip (SoC) versions that Samsung would use in the Galaxy S22 well before the phones’ release.

Samsung relies on two distinct SoC flagships every year for its Galaxy S models. One is the best Qualcomm chip in town, and the other is the latest home-grown Exynos processor.

That means we’re looking at the Snapdragon 8 Gen 1 and Exynos 2200 for the Galaxy S22, Galaxy S22 Plus, and Galaxy S22 Ultra. In most markets, buyers can’t choose the processor that comes with their Galaxy S22 version.

We’ll remind you that there was a moment in time in early 2022 when we thought Samsung scraped the Exynos 2200. Samsung then launched the new processor in the strangest way possible. The announcement did not reveal any significant performance gains over its predecessor. This prompted speculation that the chip might underperform and/or overheat.

Samsung focused on the SoC’s GPU in the press release, which brings ray tracing support to smartphones. That’s an amazing development for mobile tech, but processor throttling will impact exactly those games that can offer ray tracing.

The real fix for GOS throttling

We know that the latest Snapdragon and Exynos chips can’t outperform the A15 Bionic inside the iPhone 13. Even the iPhone 11’s A13 SoC can outscore Samsung’s top 2022 phone in benchmarks.

Fast-forward to early March, and Galaxy S22 users in Korea discovered the processor throttling issue and the misleading benchmark scores.

All of that indicates that the Galaxy S22 phones can’t deliver sustained performance. This might not impact most buyers, and throttling happens on all computers, especially those running on batteries. But Galaxy S22 buyers want the best possible performance. That’s why they’re buying the 2022 Samsung flagship rather than a Galaxy A-series phone.

Samsung’s next 2022 flagships will drop in August. These are the Galaxy Z Fold 4 and Flip 4, which will use the same processors. Until then, Samsung can make changes to reduce processor throttling issues. It’s too late to change the Galaxy S22 design, but Samsung might still be able to use better cooling for the upcoming phones. Or downclock the processors to prevent overheating. If those are Galaxy S22 problems that need fixing that is.

how to turn off z fold phone