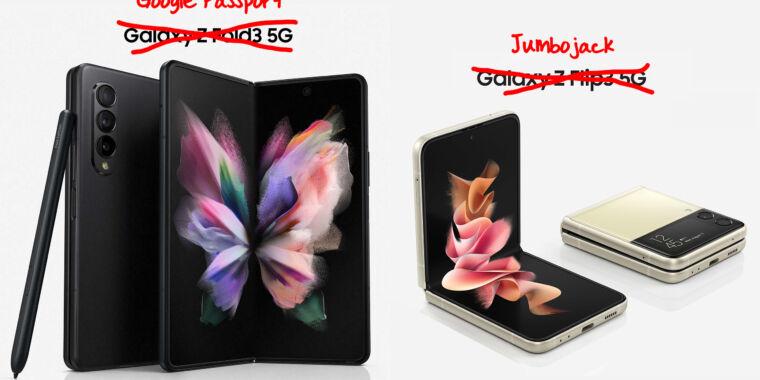 A Google Pixel Fold is pretty much inevitable. Samsung's push on the hardware front is making foldables the next big Android form factor, and the Android Team has already started thinking about foldables by incorporating basic support in Android 10 for the first Galaxy Fold launch. Part of the point of Google phones is to give the Android Team in-house hardware to experiment with and build the next version of Android for. So if foldables are going to be the next big thing, Google's going to need to make one.

That is pretty much what the rumor mill is pointing toward, with Google reportedly planning to combine the best of both worlds currently available on the market: Samsung-style foldable hardware with an iPad-OS-style dock interface for easier multitasking.

Samsung foldables lineup is official: $1,799 for the Fold 3, $999 for Flip 3First up, the hardware: the Pixel 6 is a good framework to think about when pondering the upcoming Pixel foldables. Google's upcoming slab smartphone is very Samsungy, with a new "Google Tensor" SoC co-developed with Samsung's Exynos division and a Samsung modem with mmWave—the Galaxy S21 doesn't even use a Samsung mmWave modem. There's a 50MP Samsung GN1 as the new main camera sensor, and the 120 Hz display will undoubtedly be made by Samsung, too. The foldables will probably have a similar makeup: a metric ton of Samsung hardware DNA with Google software.

It sounds like that's what we're getting: Google versions of Samsung's two big foldable styles, the Galaxy Z Fold and Galaxy Z Flip phones. Google's Galaxy Fold device—a phone that opens up into a larger-screened tablet—has long been rumored with the codename "Passport." We've seen reports say the device will open up to a 7.6-inch display (the same as the Fold 3), and there have been several "Passport" references spotted in the Android codebase.

Recently, there hasn't been a ton of news about the Pixel Passport (not the final name), and there have never been live images or design leaks of the device, so we were starting to wonder if the device was still happening. And with the global chip shortage still causing all sorts of chaos, it would not be totally unexpected for Google to push some of its experimental devices to a later date. The latest news from legendary leaker Evan Blass claims the Passport is still coming out this year, though:

Heard from someone I trust that the foldable Pixel -- codename: Passport, retail branding: unknown -- will indeed launch before the end of the year. Apparently they've been working on this device for over two years, and if the P6 is any indication, it'll be worth a look. 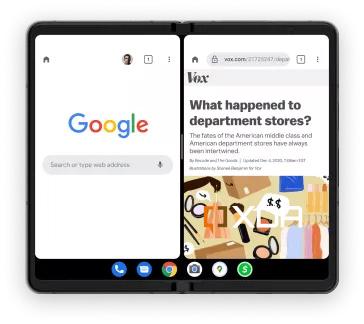 The other Google foldable news is from 9to5Google, which says a second foldable, codenamed "Jumbojack," is coming. Alongside the Fold-style passport, which is a phone/tablet hybrid, this device would be like the Galaxy Flip, a regular-sized smartphone that folds in half like an old-school flip phone. 9to5Google says it found "multiple instances of Jumbojack being used as a tester device" for the various special folding modes of devices like the Galaxy Flip.

On the software side of things, XDA Developers reports the Android Team is apparently cooking up an out-of-cycle update to Android, which would focus on foldable functionality. We have no idea what this would be called, but the community has taken to calling it "Android 12.1," since it would land in between Android 12 and Android 13. Part of the foldables software push would be an iPad OS-style taskbar interface, which would show frequently used and recently used apps. XDA's Mishaal Rahman has already enabled the feature in Android 12 Preview 2, but the feature hasn't improved since then, apparently because it's being pushed to this mid-cycle release. As Rahman writes:

Google’s internal AOSP codebase contains several improvements to the currently barebones taskbar feature. Code changes that implement the taskbar’s tutorial describe some of its planned features. Firstly, entering the tutorial will show an animation described as a “wave” wherein icons scale and translate up and then back down. The tutorial then explains how you’ll be able to launch two apps in split-screen view by dragging an app icon to one side of the screen, touch and hold to hide the taskbar at any time (docking), and add your favorite apps/predicted apps to the taskbar. Once setup, the taskbar stays on the bottom of the screen but will automatically hide itself when an app enters full screen.

It all sounds a lot like an iPad, which I think is great. iPads completely dominate the tablet market, and the new dock/taskbar interface is great for multitasking productivity. Keep in mind this is going on a foldable phone, so Google is trying to cram iPad-style multitasking into your pocket.

Rahman even found a tiny picture of the feature in Google's codebase:

It's not clear when "Android 12.1" would be out, but a good guess is that Google pushes out the foldable Pixels and its foldable software in one big release. If that's all happening at once, presumably after the Pixel 6 and Android 12 launches, there aren't a whole lot of months left in the year. Perhaps we'll pencil it in for December?