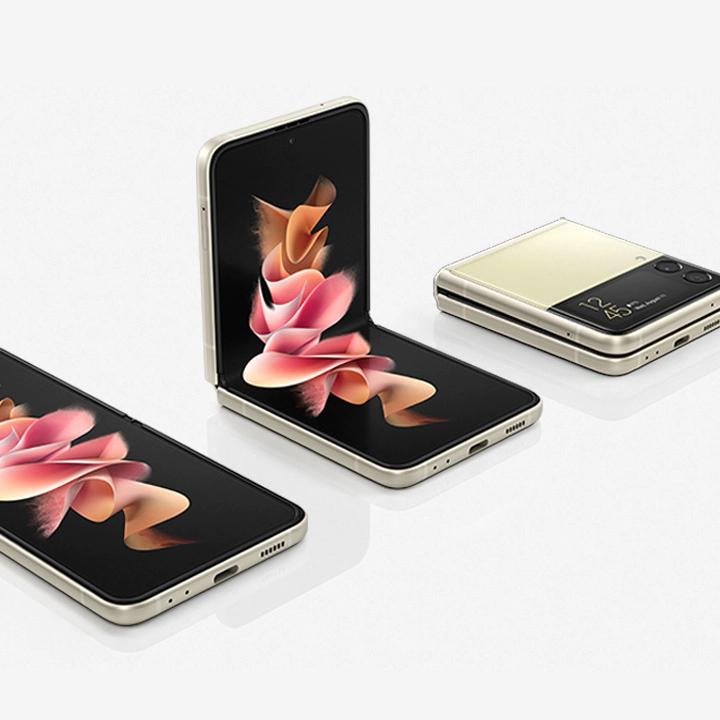 For the past couple of weeks, I’ve been using the Samsung Galaxy Z Flip3 5G, as my primary phone, and been a bit surprised at how useful I’ve found it. Unlike its big brother, the Galaxy Z Fold3, it doesn’t’ try to be a phone and tablet in one device. Instead, the Flip3 focuses on being convenient, in that it folds in half, so it may fit better in some pockets or bags. You can "flip" it open to use it as a regular slab-style smartphone, in a manner that is meant to be reminiscent of the flip phones that predated the iPhone.

When folded, the Flip3 measures 2.83 by 3.38 by 0.67 inches, which as you'd expect is about twice as thick, but only about half as long as a traditional phone.When you open it, the length expands to 6.53 inches, while the thickness decreases to 0.27 inches. It weighs 6.45 ounces. I did find that the folded phone fit better in some of my pockets than a full-size one. That's the big selling point here.

When open, you see a 6.7-inch screen with 2,640-by-1,080 pixels in a 22:9 configuration. Like the Galaxy S21 series, it offers the 120Hz adaptive refresh rate of recent Samsung phones. The AMOLED display seemed quite bright and was very readable in bright sunlight.If the screen is very bright, you can see a bit of a crease running through the middle of it, but it's faint and I quickly was able to ignore it. Samsung says this generation of foldable phones has a more durable screen than previous versions. I didn't notice any issues.

When closed, there's a small exterior screen that tells you the time, date, and battery level; and lets you see your notifications by swiping, so you can decide whether you want to open it up. This screen measures 1.9-inches, with 512 x 260 pixels, which is bigger than the cover screen on last year's version of the Flip. However, this display isn't as bright, so it was harder to read in direct sun.

You can also have the phone half-folded, in what Samsung calls "Flex mode," where the bottom is flat and the top half is vertical.This worked well in some applications, such as for viewing YouTube on the top with the controls on the bottom; and it's not bad for video conferencing. But in general, I didn't find multitasking to work much differently than on other Samsung flagship phones (other than the Fold, with its larger display).

The Flip3 has two 12 -megapixel rear cameras, one main f/1.8 camera with optical image stabilization, and the other an ultra-wide f/2.2 camera.I thought the pictures I got were pretty good—they looked sharp, but didn't have quite the color accuracy I've seen on other Samsung or Apple phones lately. Note that unlike the Galaxy S21 or the Fold3, there's no telephoto camera, in an era where most phones at this price level have an optical zoom lens.

It does have the functions I'm now expecting on Galaxy phones, such as the useful "Single Take" option that takes a variety of shots at the same time, and the "Director's View" in video, which lets you preview the pictures from all of the cameras.

The 10-megapixel f/2.4 front camera, which pokes through a hole in the interior screen, seemed good for selfies or for video calling. I didn't find the Flip form factor was as quite as good as the Fold for video calls, but this is an area where the "flex mode' really helped, because as the phone sits up, you get the angle of video you want. 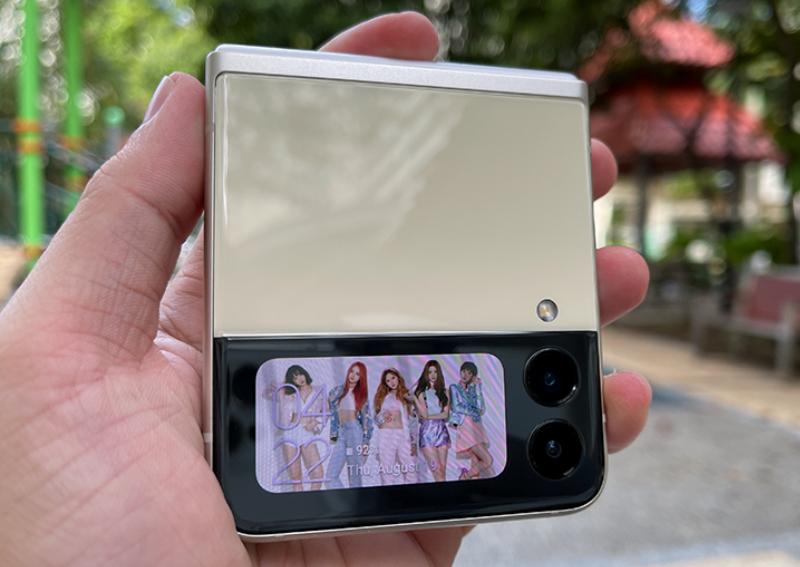 When the Flip3 is closed, you can use the better main cameras to take selfies, with a viewfinder appearing on the front screen. It's an interesting feature, but one I didn't find myself using much.

The Flip3 comes with Android 11 and Samsung's One UI 3.1.1 skin. You can multitask applications, but I've not found it to be as useful on this size display, as opposed to the larger canvas of the Fold, or the Galaxy S series when used in DeX mode, where it works much like a laptop. I was a bit disappointed to see that the Flip does not support DeX. Nor does it have the S pen support of the larger phone.

There are some other important features. Unlike the previous Flip phones, this is rated IPX8, meaning that it is water-resistant, but not dust- or sand-resistant. For unlocking, the power button includes a fingerprint sensor that worked well.

The model I used had a Qualcomm Snapdragon 888 processor, with a Kryo 680 CPU cluster (one ARM Cortex-X1, three A78s, and four A55s) and Adreno 660 graphics, and a theoretical speed of 2.84 GHz, along with an integrated Snapdragon X60 5G modem, and with 8GB of memory and 128GB of storage. It felt much like Samsung's other new phones (which have the same processor), which is snappy for most things. I found battery life to be fine for the way I used the phone, but not as strong as on the Fold or the Galaxy S21.

In short, this generation of foldable phones—both the Flip3 and the Fold3—make foldable phones a reasonable choice instead of just a technology gimmick.

With a list price of $999 for the 128GB model I tested, the Galaxy Z Flip3 offers an interesting set of tradeoffs. On one hand, you're giving up a bit in terms of the camera and the battery life. But on the 'flip' side, you get a very nice folding design, a phone that fits more easily into some pockets and purses, and something that really stands out.

Sign up for What's New Now to get our top stories delivered to your inbox every morning.