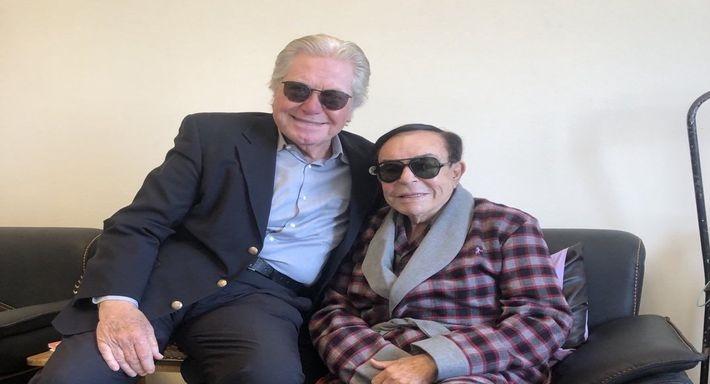 Already famous for its glass pyramid, The Louvre Museum is taking its fondness for all things Egyptian even further with a major exhibition devoted to Pharaoh Taharqa, former king of Napata, the ancient capital of a vast kingdom in Nubia, located in what is now northern Sudan.

In roughly 730 BC, Nubian King Piankhy conquered Egypt and founded the 25th Dynasty of Kushite kings, who ruled for more than 50 years over a kingdom stretching from the Nile Delta to the confluence of the White and Blue Niles. The most famous of those kings is the Pharaoh Taharqa.

Telling the story of the kings of Napata, the exhibition focuses on the leading role of this historical figure and of his vast kingdom, which is today located in the centre of Sudan. An incredible collection of statues and other works of art will immerse you in a history that dates back several millennia.

Escape to Barcelona by entering the extraordinary Art Nouveau world of Catalan architect Antoni Gaudí at the first major Paris exhibition devoted to him in 50 years. In this immersive show, you will discover the architect's studio, his innovative working techniques, his collaborators and his grandiose projects.

Seven of Gaudí's architectural creations are listed as World Heritage Sites by UNESCO; a recognition of the genius of a man who changed the face of Catalonia at a time when social and political upheavals were pushing artists to innovate and evolve.

Drawings, models and furniture that has never been displayed in France before will offer an insight into the monumental world of this unique artist as he built up to his major works, from parks to palaces, including the Güell park and palace, the Casa Milà and, of course, the unmissable Sagrada Familia in Barcelona.

Although museums sometimes collaborate to organise a major exhibition, it is very rare that six of them work together to put on one giant exhibition. The Centre Pompidou, the Louvre Museum, the Musée d’art moderne, the Musée d'Orsay, the Musée National Picasso-Paris and the Yves Saint Laurent Museum in Paris present Yves Saint Laurent at the Museums, an exhibition that spans these art institutions in Paris.

On January 29, 1962, at the age of 26, the young Yves Saint Laurent presented his first personal collection. It was an exceptional fashion show that propelled him to the ranks of major fashion designers, where he would remain until his death in 2008. To mark the 60th anniversary of his first catwalk show, each museum is highlighting the designer's links with French art and public collections.

Born in Prague in 1902, Toyen traversed the 20th century "always at the confluence of the most agitating things happening there". A surrealist painter, she joined forces with fellow Czech artist Jindrich Styrsky in the 1920s to create "Artificialism", a movement that claimed to be "a total identification of the painter with the poet" and constituted "a striking prefiguration of the 'lyrical abstraction' of the 1950s", according to the Musée d’art moderne.

She fled to Paris in 1948, rejecting the Soviet-era totalitarianism of her country, and joined the Surrealist group. She occupied a key place in the movement, pursuing until the end "her quest for the link between desire and representation".

This unique retrospective showcases 150 of her works (paintings, drawings, collages, and books from museums and private collections) in five parts.

A major figure in contemporary American sculpture, Charles Ray is being showcased for the first time at not just one French exhibition but at a double show at both Centre Pompidou and La Bourse de Commerce. Designed in dialogue with the artist, it offers a journey through a landscape engaging both the mind and the body, with a representative collection that illustrates the different directions of his works. 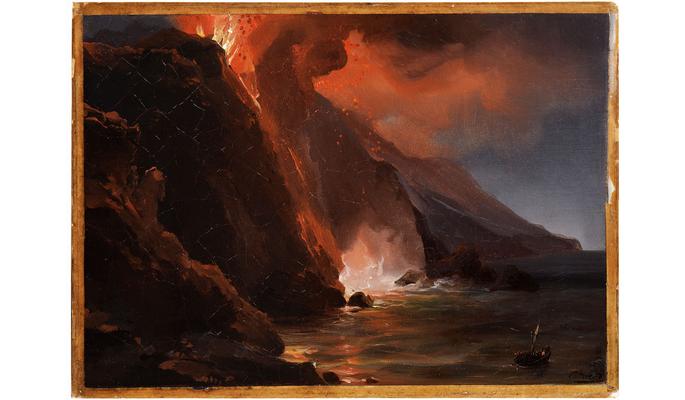 Ray’s work is incredibly varied, ranging from photographs (a form he no longer uses) to shiny stainless-steel sculptures, oversized statues of people and reconstituted vehicles and tree trunks. But his sense of humour runs throughout, and his work always appears to be very labour intensive. “I never think about sculpture; I think sculpturally,” he said at the press opening of the Pompidou exhibition.

There is a fascinating story behind every piece Ray makes, with references to current events, art history, literature or Ray’s own life. This is one exhibition where the wall texts and the audio guide (read by Ray himself) add much to the experience.

You may not be able travel to Peru, so Machu Picchu is coming to you in this immersive exhibition that enables visitors to enter the environment through augmented reality.

Follow in the footsteps of nearly 3,000 years of pre-Columbian civilisations to discover the mysteries of Machu Picchu in a major new exhibition with almost 200 original pieces from one of the greatest Peruvian museums.

Visitors will be able to admire masterpieces, symbolic and archaeological objects, brought together for the first time in Paris, some of which have never left Peru before. Featuring headdresses, funerary masks, crowns and more, this has been described as one of the most impressive gold collections ever exhibited.

They were fighters, artists, writers, musicians and muses: They were also all women at the heart of the exhibition of the Musée de la Vie Romantique. Sappho, Joan of Arc, Marie Stuart, Heloise, Juliet, Ophelia and Atala are revealed under the brushstrokes of these artists. Their dramatic histories and heightened passions helped to forge a romantic image of women in the 19th century.

Who were the women who attracted the attention of artists and how were they represented? More than a hundred paintings, sculptures, manuscripts and art objects reveal these heroines, celebrated or invented by Romantic artists, who left their mark on the culture and imagination of the time.

The exhibition is divided into three main sections: Heroines of the Past, Heroines of Fiction and Heroines on Stage. The strong links between literature, the performing arts and the fine arts are explored as Shakespeare meets Eugène Delacroix, while Antoine-Jean Gros becomes fascinated by Greek mythology.

To mark the centenary of Simon Hantaï's birth, the foundation is presenting an important retrospective exhibition of more than 130 works by the artist, many of which have never been exhibited before.

Known for his kaleidoscopic abstract works, Hantaï (1922–2008) originated the technique of pliage (folding) in which a canvas is crumpled and knotted before being uniformly painted over and then spread out to reveal a matrix of patterns.

Born in Bia, Hungary, Hantaï moved to Paris after receiving a government grant to study there. In Paris, he met writer André Breton in 1952 and quickly became associated with the Parisian Surrealists, completing several fantastical animal-themed paintings before encountering the work of Jackson Pollock and breaking with the Surrealist ideologies in 1955. Pollock’s action paintings and the work of the Abstract Expressionists directly inspired Hantaï’s own turn toward monumentally scaled abstraction. The Fondation’s exhibition will focus mainly on works from this key period from 1957-2000.

9 – Pioneers: Artists in the Paris of the Roaring Twenties, Musée du Luxembourg(until July 10)

Women are again at the centre of this exhibition, which celebrates the female creative pioneers who overcame discrimination and marginalisation in the first half of the 20th century in Paris. Visitors are reminded of women artists’ essential roles in critical art movements, from Fauvism to Abstraction via Cubism, Dada and Surrealism, but also in the worlds of architecture, dance, design, literature and fashion as well as scientific discovery.

The visual and conceptual explorations on view here confirm their courage in the face of established conventions that confined women within certain professions and stereotypes. Through the many upheavals of the early 20th century, a number of key women artists began to emerge. Their numbers increased after the Russian revolution and World War I, which intensified challenges to the patriarchal model for practical, political and social reasons. Women gained more power and visibility, and artists gave these pioneers a face that actually represented them.

“Vous êtes un monstre de talent (You have a monstrous talent)”: This is how celebrated French Impressionist Edgar Degas described his fellow portraitist and friend Giovanni Boldini. A retrospective of this Italian artist at the Petit Palais explodes with colour; the last Boldini exhibition in France was held more than 60 years ago.

Born in Italy in 1842, Boldini was good friends with both Degas and Marcel Proust, and became one of the most celebrated artistic talents in early 20th-century Paris. He enjoyed considerable success during his lifetime, becoming the portraitist of choice for a rich, international clientele. In Paris, the fashion capital of the world, he was particularly beloved by princesses and rich heiresses, and his work is a testament to the era.

Take international news everywhere with you! Download the France 24 app