Home folding phone Pontos folding kayak weighs 7 pounds, and can be stuffed into a bag 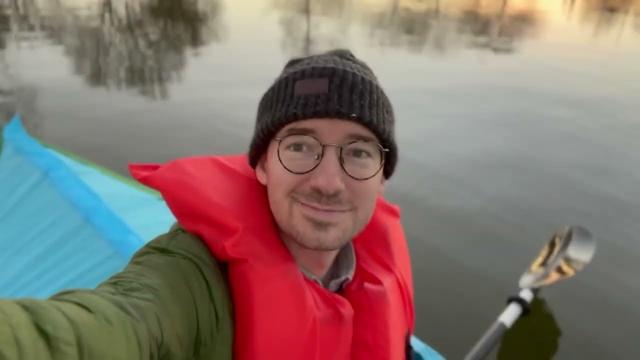 Pontos folding kayak weighs 7 pounds, and can be stuffed into a bag

Kayaks have many great qualities, but they're typically not something you can store in a closet or carry in a backpack. That's why we've been seeing an increasing number of folding kayaks, and the Pontos is one of the lightest, smallest-folding models we've come across so far.

Currently the subject of an Indiegogo campaign, the Pontos was invented by Lubbock, Texas-based kayaker/entrepreneur Adam Mulsow. And while it measures 10.5 feet long by 29 inches wide when fully assembled (320 by 74 cm), it packs down into a package the size of a rolled-up two-person tent – and it reportedly weighs just 7 lb (3.2 kg).

At the heart of the Pontos is a frame made of individual 18-inch (457-mm) sections of carbon fiber tubing. These are connected by a length of shock cord running through them, along with custom-designed polymer fittings. 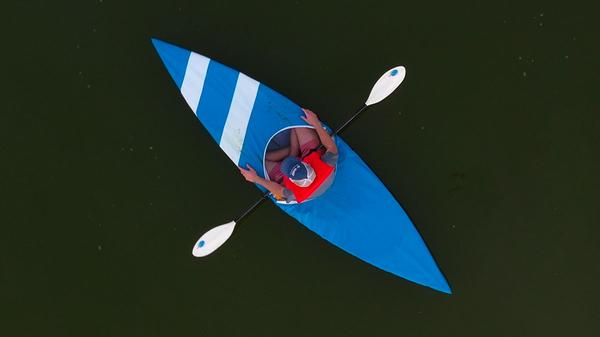 Once that frame is folded out into the shape, the kayak's waterproof skin is pulled tight around it, then zipped up across the top. The skin is made of TPU (thermoplastic polyurethane)-bonded nylon, with heavy-duty raft-grade 210 denier nylon used for the bottom, and a lighter-weight nylon utilized for the upper deck.

Finally, the Pontos' seat gets inflated and secured inside the cockpit. We've been told that the entire assembly process takes just five to seven minutes.

By way of comparison – weight-wise – the lightest of the popular Oru folded-polypropylene kayaks tips the scales at 20 lb (9 kg). That said, it's difficult to say how it and the Pontos would compare on other factors, such as durability, stability and tracking.

A better comparison might be made to the unsuccessfully-crowdfunded Justin Case Kayak, which similarly featured a carbon-pole frame and a nylon skin. It was claimed to weigh just 5.7 lb (2.6 kg), although its skin was made of simple ripstop nylon, and its assembled shape wasn't particularly streamlined.

Assuming the Pontos does better in its campaign, a pledge of US$497 will get you one in your choice of five colors – the planned retail price is $575. You can see the kayak being assembled, paddled and tossed through the air, in the following video.