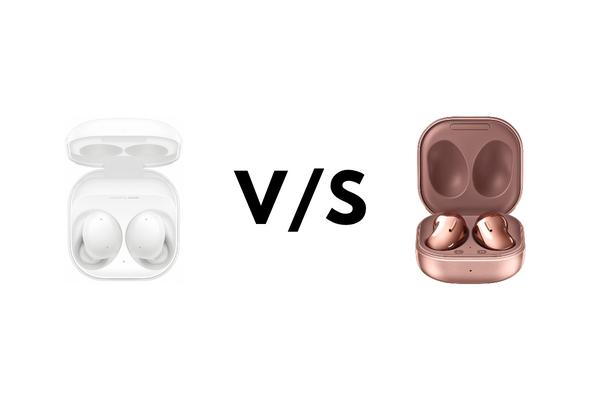 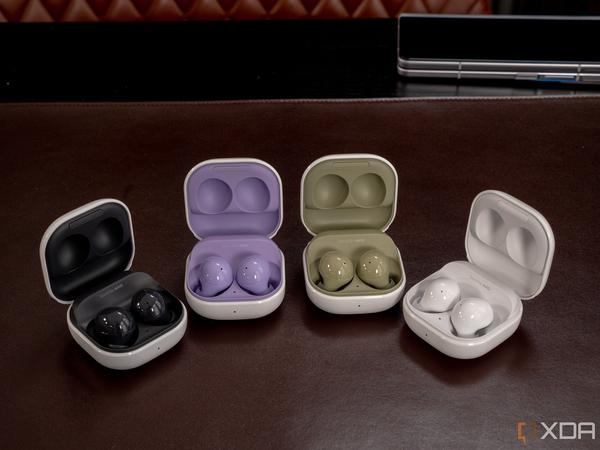 There’s a slight change in the look of the cases though. The Galaxy Buds 2 has an all-white exterior with different color options for the internal component of the case and the earbuds themselves. On the other hand, the Galaxy Buds Live come in three different colors with the entire case and the earbuds having the same color scheme. Other than that, there’s no other difference in terms of how the cases of both earbuds look.

It’s completely up to personal preference whether you prefer the in-ear design of the Galaxy Buds 2 or if you like having earbuds rest on your ear instead of completely going inside the canal and creating a seal. Based on that, you can choose which pair of earbuds are the best for you. If you want complete isolation from external noise, we would suggest getting the Galaxy Buds 2 and the same holds true even if you work out or perform rigorous physical activities.

Here’s where the Galaxy Buds 2 trump the Galaxy Buds Live, mainly due to the way they’re designed. While both pairs of earbuds have ANC, the Galaxy Buds 2’s in-ear design ensures better sound isolation which indirectly results in a better listening experience. The Galaxy Buds 2 also get louder and are much more effective at canceling out external sounds, especially while commuting or flying.

The Galaxy Buds Live also sound good, but you can easily hear external sounds even with ANC turned on purely due to the design of these earbuds. If you’re flying on a plane, these aren’t as effective in canceling out the sound of the engine. The bass response of the earbuds aren’t that great either and overall, the sound output isn’t as enjoyable as the Galaxy Buds 2.

Just like most pairs of TWS earbuds, both the Galaxy Buds 2 and the Galaxy Buds Live have touch controls on the earbuds that can be used to perform multiple different functions. This includes playing/pausing music, skipping to the next/previous track, triggering the voice assistant, etc. You can also configure both earbuds through the Samsung Wearable app and also control the ANC/transparency levels on both earbuds via the app.

The Galaxy Buds Live have in-ear detection so when you remove them from your ears, the music automatically stops playing and when you put them back on, the music resumes. This feature is not present on the Galaxy Buds 2. If you’re going to pair the earbuds with a Samsung phone, you can also use the fast-pair feature that lets you seamlessly connect to the earbuds.

In terms of battery life, the Galaxy Buds 2 can last you up to five hours on a single charge while the Galaxy Buds Live have a slightly better battery life at six hours with ANC enabled on both. In practical usage, both earbuds should ideally result in a similar battery experience. When you factor in the case as well, both the earbuds last 20 hours on a single charge. We would say the battery life on both earbuds is pretty decent.

The answer boils down to just one key aspect of the earbuds — which sort of design do you prefer for your earbuds? Do you like the in-ear style of earphones that sit deep inside your ear canal and provides maximum sound isolation from external noises? Or do you prefer a slightly more open style of earbuds that doesn’t create a seal in your ears and hence, doesn’t provide as much sound isolation? The best option for you would be the one that answers that question. If you go purely based on sound quality, the Galaxy Buds 2 will be a better pick.

does a samsung fold phone com with galaxy buds