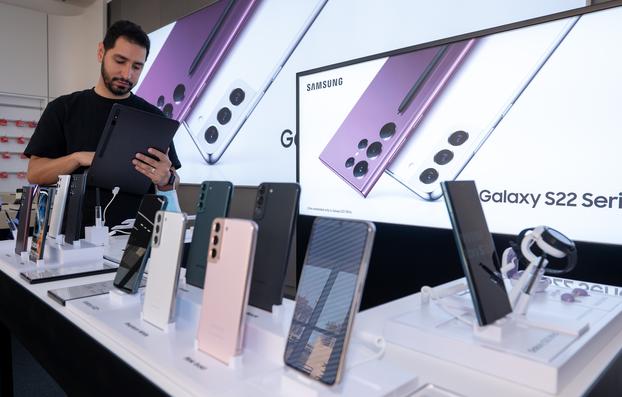 Pre-orders for Samsung's newest Galaxy S22 series in the UAE have surged 64 per cent compared to its predecessor, with the Galaxy Note-like S22 Ultra commanding a sizeable share of demand, according to Samsung Gulf Electronics.

The Middle East unit of the South Korean tech conglomerate said the “very strong” response — particularly for S22 Ultra, which had an 80 per cent share of the pre-orders — signifies the continued demand for premium products in the region.

READ MORESamsung Galaxy hack: what we know so farSamsung cuts off smartphones and chip shipments to RussiaSamsung Galaxy S22 launch: The most iconic phones from Nokia 9000 to Apple iPhone 7

The figures come after Samsung Gulf said on February 24 that pre-orders for the GCC as a whole were up 46 per cent compared with the Galaxy S21.

“If you look at today's smartphone users, they don't look for something that does a lot; they want a smartphone that can do it all — everything at their fingertips,” Osman Albora, senior director of Samsung Gulf's mobile experience division, told The National at the UAE launch of the new devices.

“The integration of the S Pen in Galaxy S22 Ultra played well ... which means that there is a very strong demand for the high end of the portfolio.”

Seong Hyun Lee, president of Samsung Gulf Electronics, reiterated the company's commitment to the UAE and wider Middle East at the launch.

The Note, which debuted in 2011, revolutionised the way styluses were used on smartphones and further popularised the concept of the phablet — a portmanteau of phone and tablet. The first sign of its future's uncertainty was during the February 2021 launch of the Galaxy S21, which offered S Pen support.

Speculation of the Note's demise increased when S Pen support was announced for the Galaxy Z Fold 3, which was launched last August and, along with the Galaxy Flip 3, replaced the Note on Samsung's annual launch calendar. 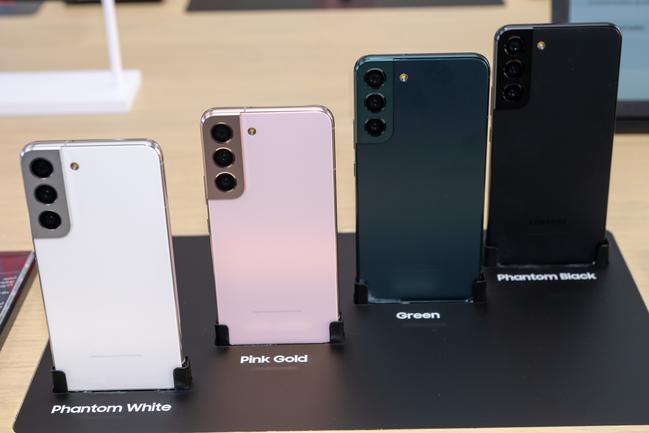 Internet reports of the Note's death, however, are unfounded. While multiple outlets have used “discontinued” to describe the series' status, Mr Albora offered a different take.

“We always think about experiences. For us, the Note is an experience, which we have kept in the S22 portfolio,” he said.

Despite the company changing in strategic course, Samsung remains the world's top mobile phone vendor, with shipments up 7.6 per cent in 2021, according to a report this week from research firm Gartner. It maintained its top position with a 19 per cent market share, selling more than 272.3 million smartphones last year.

“We didn't observe or receive any comments from our end-users [after no Note device was launched last August], but we know there is a segment of users that need the Note experience, which we are now providing them in the S22 Ultra,” said Mr Albora, who claimed Samsung had a 42 per cent market share in the UAE smartphone market in 2021.

The improved cameras in the S22 series are also part of Samsung's efforts to tap into mobile content, particularly video. Almost 80 per cent of monthly global mobile data traffic — 61 exabytes out of 77 exabytes — will be video, according to a recent study from network gear maker Cisco. An exabyte is one billion gigabytes.

QuoteIf you look at today's smartphone users, they don't look for something that does a lot; they want a smartphone that can do it all, everything at their fingertipsOsman Albora, senior director of Samsung Gulf's mobile experience division

Samsung has also managed to withstand the supply chain shocks that have rattled the semiconductor industry and caused a delay in product launches.

“It's felt everywhere, even beyond the tech industry. We have done our role of mitigating that impact, including our supply chain partners, and we have done it well so far,” Mr Albora said.

He did not go into specifics on what Samsung — a top global chip maker — is doing to deal with the shortage, but the company “continues to take all the actions globally to mitigate the impact and so that we can really cater to the demand of end users, and that demand is significant".

Samsung, based and listed in Seoul and which has a market capitalisation of almost 466.62 trillion won ($370 billion) as of Wednesday, is slated to report its fiscal first-quarter financial results next month.

what samsung phone folds out in the commercial