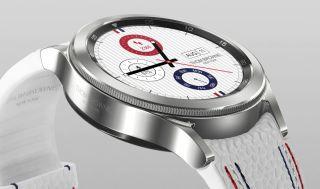 Samsung Galaxy Watch 5 might come with a much-needed upgrade

The Samsung Galaxy Watch 5 is expected to launch later this year, however, details around the upcoming premium smartwatch have started trickling in already. It is now being reported that the 40mm variant of the watch might sport a beefed-up battery. 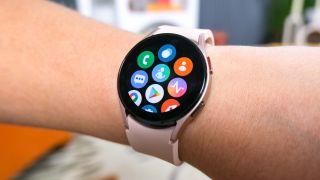 According to a report bySammobile, the Galaxy Watch 5 with a 40mm dial bearing a model number SM-R900 will house a 276 mAh battery. The report cites a regulatory filing that reveals that the battery pack with an EB-BR900ABY would be a part of the upcoming smartwatch.

Considering the fact that the Galaxy Watch 4 came with a smaller 247 mAh battery, this upgrade is expected to improve the experience. Users, in particular, may welcome this move as smartwatches, especially the ones powered by Google’s Wear OS or Apple Watch, struggle with battery backup.

In comparison, the RTOS based wearables offer 10-15 days of battery backup without breaking a sweat. Though compared to the real smartwatches, the RTOS powered smartwatches do not come with as many features and are essentially a fancy looking fitness tracker.

Jitendra has been working in the Internet Industry for the last 7 years now and has written about a wide range of topics including gadgets, smartphones, reviews, games, software, apps, deep tech, AI, and consumer electronics.

how much is the samsung galaxy fold phone