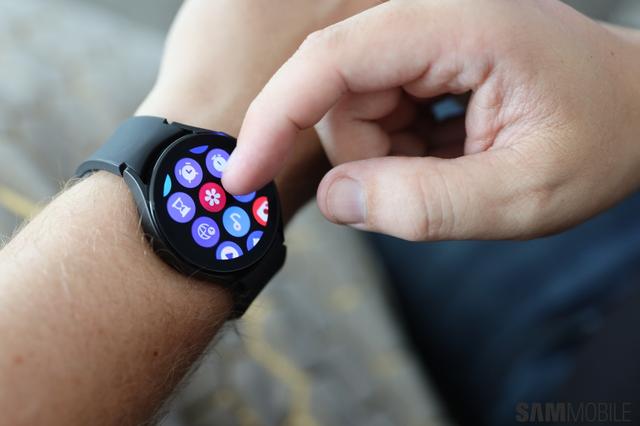 The Samsung Galaxy Watch 4 series were announced last year in August, and the next generation will reportedly get a new temperature sensor and a larger battery to extend the battery life. The new Galaxy Watch 5 series will reportedly launch alongside the new foldable flagships sometime in August.

The new Galaxy Watch 5 appeared in a new regulatory filing (via SamMobile), confirming the battery capacity and suggesting that it may be larger than the one in the Galaxy Watch 4. The finding reveals the model number, which will reportedly be SM-R900, likely replacing the 40mm Galaxy Watch 4. The battery in the smartwatch carries the EB-BR900ABY part number.

POCKETNOW VIDEO OF THE DAY

The battery has a 276 mAh capacity, which is slightly larger than the 247 mAh battery inside the 40mm Galaxy Watch 4. If we see improved software upgrades and hardware improvements, we may see a significant increase in battery life, even though the capacity is only ever so slightly more than in the previous generation.

Recent reports claim that we might see the upgraded Galaxy Watch 5 smartwatch series launch in the third quarter of the year, which suggests an August or September. The new smartwatches may launch alongside the new Galaxy Z Fold 4, and the Galaxy Z Flip 4 foldable flagships.

The new watch might also come with a temperature sensor, which would allow users to check their body temperature, and see if they have a fever. While we don’t have any more details of the upcoming smartwatches, new information should emerge in the near future as we inch closer to the August and September unveiling date.

The Galaxy Watch 4 is the best companion if you want to monitor your health and fitness activities. It's one of the most customizable smartwatches on the market, and it has excellent features to keep you focused.

what if samsung folding phone is actually a watch