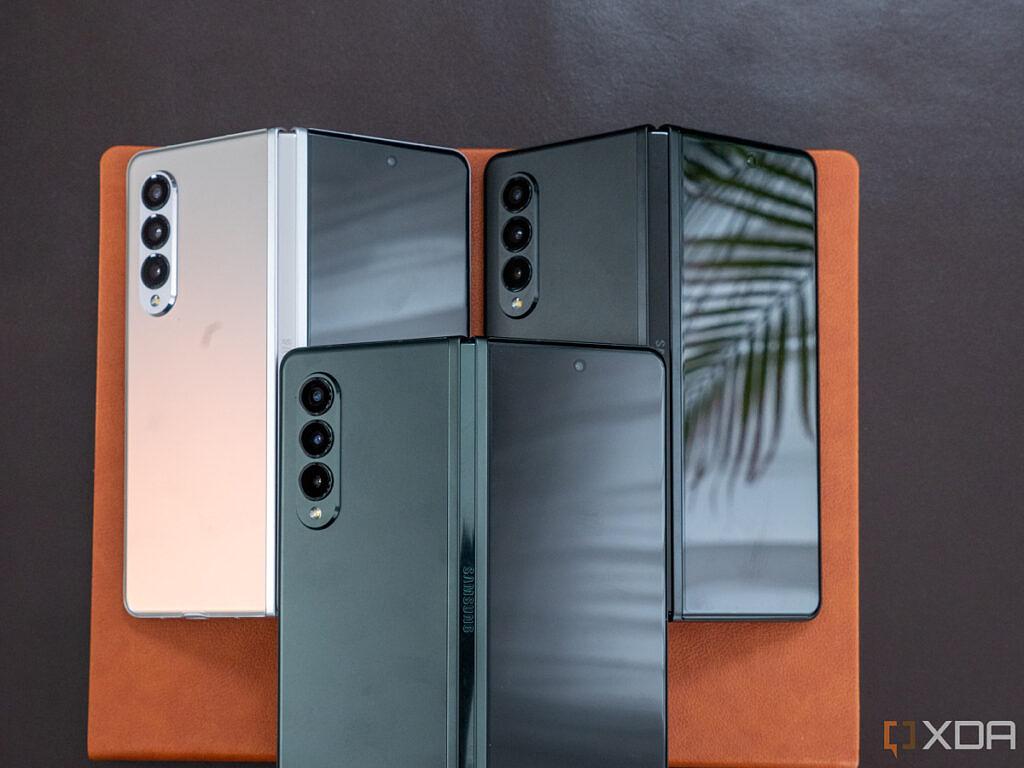 The Galaxy Z Flip 3 has definitely stolen my heart, but equally, the Galaxy Z Fold 3 is a device I won’t live without. After eight days with Samsung’s new flagship foldable, here’s the first installment of our ongoing Galaxy Z Fold 3 review.

However, the Galaxy Z Fold 2 was already one of the most refined devices I’d used. For the past 11 months or so, it’s been my second daily driver and one that I haven’t had to protect in any way. It inserted itself into my life and transformed how I used smartphones, and then also made sure I wouldn’t sway towards something else by making everything else feel lackluster. In short, it was special and the Galaxy Z Fold 3 continues this trend of being special.

If you’ve never used the Galaxy Z Fold range before, you’re in for an absolute treat. The Galaxy Z Fold 3 is near perfect and will transform your life as the original Fold did for me. If you used the original Galaxy Fold, this will also be an incredible upgrade for you. If, like me, you’re a Galaxy Z Fold 2 user, however, this is still a decent upgrade but you might be left a little wanting.

Before we get into why, however, let’s look at all the improvements.

The biggest change is in the display. It’s the same size and resolution as last year, but the change to 120Hz refresh rate makes the Galaxy Z Fold 3 an absolute joy to use. When I use any other phone that doesn’t have this refresh rate, that screen feels jarring and subpar compared to the one on the Galaxy Z Fold 3. In particular, the gorgeous main display looks even better with the highest refresh rate and is easily in a class of its own.

The Cover Display is the same gorgeous 6.2-inch display that looks just like any Samsung display. Bright, punchy, fantastic and it would be at home on any smartphone in the world. It also had the refresh rate upgrade meaning feature parity regardless of the screen you choose to use. It’s the right width for one-handed usage, and although it’s fairly hefty when folded, it’s got that solid in-hand feel that is reminiscent of the Nokia Communicators of old.

Another particularly welcome improvement is in the durability; in particular, the IPX8 water resistance means the Galaxy Z Fold 3 can withstand being caught in a sudden downpour. Both of the previous Fold phones filled me with absolute dread at the first inkling of rain, and thankfully, those many heart-in-mouth moments will be replaced with peaceful tranquility. One of the biggest things preventing the Galaxy Z Fold 2 from being used as your sole daily device was its susceptibility to the elements, and adding water resistance was by far one of the most requested improvements.

For anyone who hasn’t used the Fold range before, these improvements will be additional check marks on a very long list. For Galaxy Z Fold 2 owners, these improvements make for a small evolution of a great foldable experience that relies ultimately on two main things: the small iterative improvements in the software and support for the S Pen.

Yes, there are a few new hardware changes, but without doubt, Samsung is relying on its software chops and partnerships with developers and major companies to create a well-rounded experience.

The company already had features like multitasking polished enough in the Galaxy Z Fold 2, so it should come as no surprise that the software experience on the Galaxy Z Fold 3 is as good as ever. The main reason to own a Galaxy Z Fold 3 — and the things that set it apart from the scant number of alternatives — is Samsung’s multi-window feature which was developed through ten years of the Galaxy Note range.

You can run three apps side-by-side and have more in pop-up chat head style windows. The result is the ultimate multitasking experience, and if you’ve ever used a Galaxy Tab, you know exactly what to expect here. Between windows, you can drag and drop content, you can rearrange windows as you see fit, and so much more that I’ll cover in a future installment. In short, Samsung is the king of multitasking, and the Galaxy Z Fold 3 is its throne, the hero device the company has been building up to for over a decade.

New to the Galaxy Z Fold 3, but likely to come to older generations of the Fold, are some Labs features that let you resize windows and force unsupported apps to use multi-window and specific resolution. This then solves a huge problem where some apps had the worst experience ever on foldables – ahem, Instagram – despite having the most screen real estate to work with. Until the company is able to get more developers on board to optimize for the big screen experience, it wants to try and force the apps, and it does a decent job overall. While some apps definitely still struggle, most are fine with being resized.

The Labs features are likely to come to the Galaxy Z Fold 2 at the very least in the future, but one feature that definitely won’t is support for the S Pen. Well actually, support for two different S Pen, but only on the main display. This latter point ended up catching me out as I spent the first fifteen minutes with the S Pen trying to use it on the cover display.

Why? It was the natural use case as a Galaxy Note lover. While I absolutely love the ability to use the S Pen on the main display, I’m already sorely disappointed that this isn’t also on the main display. Given the ideal use case for features like Off Screen Memo and others is using the cover display versus needing to unfold the phone, this feels like an oversight that we hope will be fixed in the next generation of the Galaxy Z Fold (presumably the Galaxy Z Fold 4 next year).

Using the Galaxy Z Fold 3’s main display with an S Pen is one of the best mobile experiences I’ve ever come across. Apps like Pen Up were made for the big screen, giving you the ability to use the large display as your canvas to create a masterpiece. No controls getting in the way and plenty of room to zoom in while still being able to see enough of the canvas.

Screen write is made for creative professionals everywhere as you can take a much larger screenshot of a page, document, or other item thanks to the bigger screen real estate, and still have enough space to annotate with the changes you’d like to make. I can imagine so many professions finding this use case helpful, whether you’re a small business owner, individual, an executive, or even an advisor to a company.

There are two types of S Pen for the Galaxy Z Fold 3: the S Pen Pro and the S Pen Fold Edition. I’ve used the latter with the official S Pen case, which is actually just a leather case with housing for the S Pen Fold Edition. The housing uses a groove to slide into which ensures it stays attached to the Galaxy Z Fold 3 but still lets you remove the housing easily. You’ll want to do this if you want the phone to lay flat when unfolded. There’s sadly no way to ensure the S Pen remains in the housing, although I’ve yet to have any major issues with it.

The biggest difference between the S Pen Pro and S Pen Fold Edition is that the former works across any Samsung device — it’s the company’s universal stylus for any device that supports any S Pen — while the latter only works with the Galaxy Z Fold 3. The S Pen Pro also features a battery so it can connect via Bluetooth, be used as a Bluetooth remote control, and also copy and paste between different S Pen devices thanks to the onboard memory. I haven’t used the S Pen Pro yet but will update this review in a future installment once I’ve spent some time with it. For now, the Galaxy Z Fold 3 and S Pen Fold Edition are a match made in heaven.

This camera set hasn’t changed much from previous generations, even though the industry has come a long way since the first Fold when it comes to imaging. Everyone knows those people who take an iPad or tablet to a wedding to take photos because of the perceived better-quality photos produced by a bigger screen. The Galaxy Z Fold range can continue commanding a significant premium in terms of price by offering a brilliant camera experience. I’ll dig more into the camera in the next installment, but it’s safe to say that while it’s capable, it’s not as good as the Galaxy S21 Ultra or even last year’s Galaxy Note 20 Ultra.