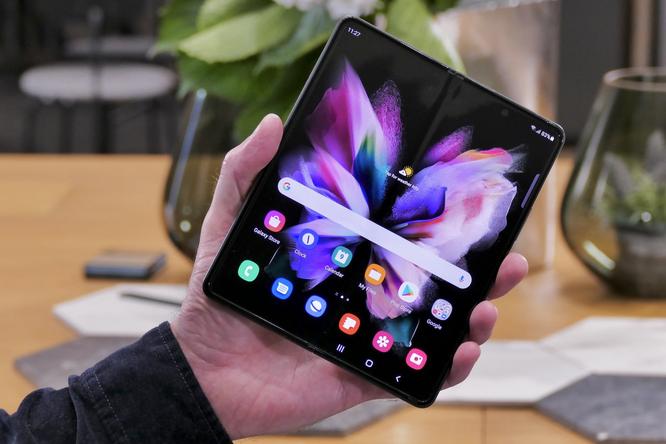 New Delhi: A majority of smartphones today are big and handset makers are trying to fit in the biggest of displays, and this is where the Samsung Galaxy Z Fold 3 sits and serves as a smartphone with a massive screen that can also be folded to make it handy. The Galaxy Z Fold 3 is Samsung's third-gen foldable device with new bells and whistles and talking of these, I mean a brighter and better screen, better multi-tasking features and S Pen support too. The first-gen Galaxy Fold was considered Samsung's attempt at carving a new path in the smartphone space as it was a first of its kind device out there with a questionable build quality, sturdiness and usefulness, but a look at the Galaxy Z Fold 3 and you'll realise Samsung has worked hard to improve its foldable.

The Samsung Galaxy Z Fold brings a significant upgrade in terms of overall build quality, hinge mechanism and durability. This is what Samsung was expected to do, but, this time there's also support for S Pen, water-resistance and a top-tier Qualcomm Snapdragon 888 chipset. I spent some time with the Galaxy Z Fold 3 that was launched in India at a starting price of Rs 1,49,999 for the 256GB storage variant and here's what I think of the foldable smartphone.

Samsung's third-gen Galaxy Z Fold will open like a book when you open it to unveil a big screen that is better and brighter this time. The Galaxy Z Fold 3 features a Dynamic AMOLED display instead of a super AMOLED screen on the previous-gen Fold device. There's also support for HDR10+ which translates into a sheer delight while reading e-books, editing documents or videos and images and so on. As the name suggests, clearly, the Galaxy Z Fold 3 has two displays with the outer cover display being a 6.2 inch screen with a refresh rate of 120Hz, a great upgrade from last year's 60Hz refresh rate. I was happy with the touch response as I have small fingers and typing on a tall and narrow screen was not much of a task, but users with larger hands may find it a tad bit difficult to type. 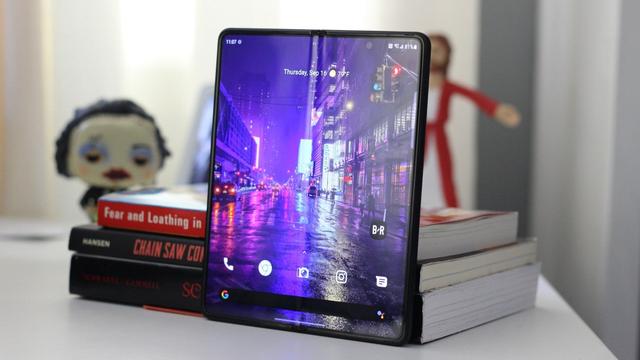 Samsung has also added IPX8 rating to this premium foldable device that makes it the first foldable smartphone resistant to water and also that the device can withstand being in up to 1.5 metre water for up to half an hour. This also means the device can withstand only fresh water and not salt water! Talking about water resistance, the IP8X8 rating makes the Galaxy Z Fold 3 as good as any other IP68 rated flagship device in the market. Well, almost. The Z Fold 3 has no dust resistance and it became evident the moment I went to the nearby park - the device does attract a lot of dust and it would be a wise idea to invest in a good pouch to keep it free of dust and grit. The amount of dust the Galaxy Z Fold 3 attracted could also be due to the pre-installed screen protector that's been slapped atop the display for safety. It has a sticky plastic-like feel to it and it has an oleophobic coating too. The screen protector does not hinder brightness and colours, but it does feel quite sticky.

Talking about build quality, Samsung has made no compromises here: The Galaxy Z Fold 3 has an armoured aluminium frame and there is a layer of Gorilla Glass Victus protection for the cover display and the rear side to protect from scratches and drops. A significant change in terms of the design of the Galaxy Z Fold 3 is that the thickness of Samsung's third-gen foldable is almost 0.8mm thinner than the previous-gen Galaxy Fold 2. This also means that the hinge mechanism on the Galaxy Z Fold 3 is refined this time and the gap between the display has also visibly reduced when folded. The hinge was smooth and did not feel flimsy during my use. Thankfully, Samsung had also mentioned that the Galaxy Z Fold 3 can withstand 2,00,000 times of folding and unfolding.

The Samsung Galaxy Z Fold 3 packs in three 12MP (primary, ultra-wide and telephoto) cameras at the back. Imaging was pretty good, if not excellent and the Galaxy Z Fold 3 produced pictures that are a bit over-sharpened. The lowest quality camera in the Galaxy Z Fold 3 is the under-display 4MP selfie camera with an aperture of f/1.8. Quite obviously, when it comes to video calling, this selfie snapper was good, but when it comes to taking selfies, it was not at par with other premium devices. The selfies looked washed out and had very few details. The 10MP front camera housed on the cover display was pretty good for taking selfies self-portraits. The colours were bright and pronounced, as expected by Samsung.

One of the USPs, however, is the 4MP under-display camera on the Galaxy Z Fold 3 that did a great job of making sure I had an uninterrupted viewing/gaming experience, which also almost disappears when the screen is dark, for example, you're viewing the home screen. The tiny hole display is a tad bit noticeable, but it is not overwhelming like a punch-hole screen or a notch. Talk about the standard set of rear cameras on the Z Fold 3, the sensors are exactly what we have seen on the previous-gen Galaxy Z Fold 2's rear camera. The triple sensors at Z Fold 3's rear include a 12MP Dual Pixel main camera with OIS, a 12MP ultra-wide camera and a 12MP telephoto sensor. The Galaxy Z Fold 3 main cam took mostly sharp and colourful images. After zooming in a bit I realised that the contrast of closeup shots could have been slightly better. The main cameras also produced more realistic-looking images in the dark sans a yellow or orange tint.

The Samsung Galaxy Z Fold 3's comes with a 4400mAh battery which makes it slightly smaller than the one on the previous-gen Galaxy Fold. The device supports the same 25W fast charging as the previous fold. There was no charging brick in the box as, like many premium smartphone makers, Samsung too is providing just a USB Type-C cable in the box. When it comes to performance, the Z Fold 3 features the top-tier Qualcomm Snapdragon 888 chipset paired with 256GB on onboard storage, but you can also opt for the bigger 512GB memory variant.

One of the USPs of the Samsung Galaxy Z Fold 3 is the support for S Pen Pro and the S Pen Fold Edition and because I had none, I couldn't test its performance with the device. It should be noted that S Pens that came with previous Galaxy Notes will not work with the Z Fold 3. The overall performance was smooth and I also did not experience any unusual overheating. In fact, the battery backup was also decent, thanks to Samsung's optimisation. The battery life also largely depends on the amount of usage of the primary display.

The Samsung Galaxy Galaxy Z Fold is a device that's aimed at increasing one's productivity, thanks to the bright screen and the amount of real estate it provides. Watching shows and gaming is also a pleasure on the new fold as Samsung has worked hard to produce a device that is no more a questionable gimmick. The Galaxy Z Fold 3 is a pricy proposition though as spending Rs 1.5 lakh for a foldable device may not make sense to everybody.

Those who want to buy it should remember that it is not a conventional smartphone and even though it is sturdy this time around, its form factor is still foldable. It will best suit those who are looking to buy a device that stands out in the crowd and offers good overall functionality too.