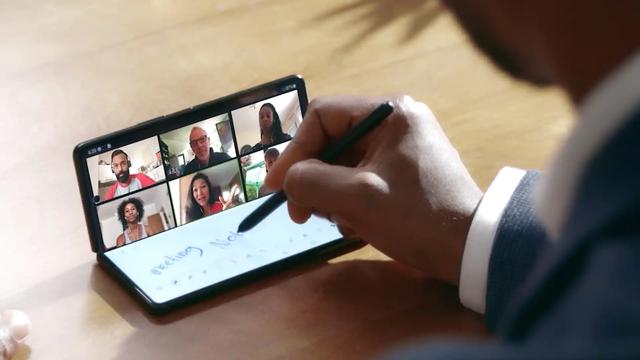 Advertiser Disclosure: At Slickdeals, we work hard to find the best deals. Some products in our articles are from partners who may provide us with compensation, but this doesn’t change our opinions.

We finally have some news about the mysterious Samsung Galaxy Z Fold 4. Recent rumors claim the phone will have a built-in slot for the S pen. This feature is long awaited, as its predecessor the Galaxy Z Fold 3 boasts only stylus support and requires a separate accessory to attach the pen.

These new details come via reports from Korean tech website TheElec, which detailed the potential upgrade from the Fold 3. If the rumors are true, this would make the Fold 4 the first foldable phone with a designated slot for the stylus. The Galaxy Note series and Galaxy S22 Ultra already come equipped with the feature. It’s about time the company’s foldables hop on the train as well.

TheElec didn’t specify what source provided these recent updates. There’s a chance the Galaxy Z Fold 4 getting an S pen slot may just be a rumor. However, the tech site is normally pretty trustworthy. It would make a lot of sense for the feature to finally be implemented since Samsung has used the tech in other phones.

When it comes to aesthetics, Samsung reportedly isn’t adding any wild design changes aside from the addition of an S pen slot. 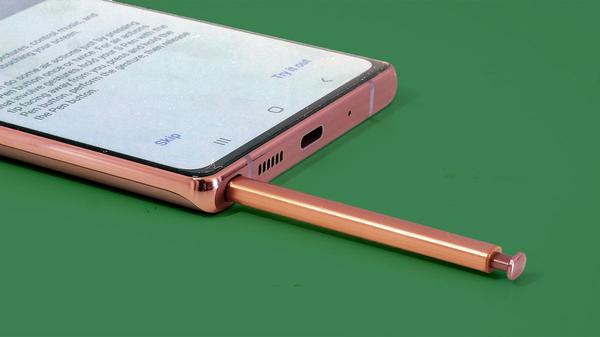 According to TheElec, the Galaxy Z Fold 4 will feature a 7.56-inch main screen and 6.19-inch external screen. These are dimensions which are nearly identical to that of the Fold 3. The company reportedly isn’t looking much toward external changes with the Fold 4. It’s instead setting its sights on improved durability.

The Fold 4 isn’t the only folding phone TheElec shared some news about. There are some clear trends in how Samsung is approaching its upcoming Galaxy Flip 4 phone. According to the same source, the Flip 4 is similarly expected to boast nearly the exact same dimensions as its predecessor, the Flip 3.

It seems Samsung isn’t taking many liberties when it comes to design changes. Aside from the handy S pen slot, not much is expected to change regarding aesthetics.

This Upgrade Was a Long Time Coming

The absence of a slot for the S pen in the Fold 3 was a bit of a let down, and the convenience of a built-in holder has been anticipated for a while. According to TheElec’s source, the Fold 3 wasn’t a huge hit in comparison to the Flip 3. The company reportedly hopes the inclusion of an S pen slot will help bridge that gap and make it more interesting for the lineup.

While we don’t yet have a price-point estimation for the Galaxy Z Fold 4, it would be nice to not have to buy a separate holder for the S pen. The upcoming phone has room for improvement in the convenience department.

Will the Galaxy Z Fold 4 be Ready Soon?

A 2022 release for the Galaxy Z Fold 4 seems pretty promising. Still, the exact timeline has yet to be confirmed. TechRadar speculates that the phone will be out this coming August. This would mark a full year since the announcement of the current model.

Samsung has made a clear habit of releasing its Galaxy Fold phones around the same time each year, so this speculated August release date lines up nicely with what we have seen before. Considering we don’t yet have reason to believe the company will be mixing up its timeline anytime soon, keep your eyes peeled for more details about an exact date.

Our editors strive to ensure that the information in this article is accurate as of the date published, but please keep in mind that offers can change. We encourage you to verify all terms and conditions of any product before you apply.