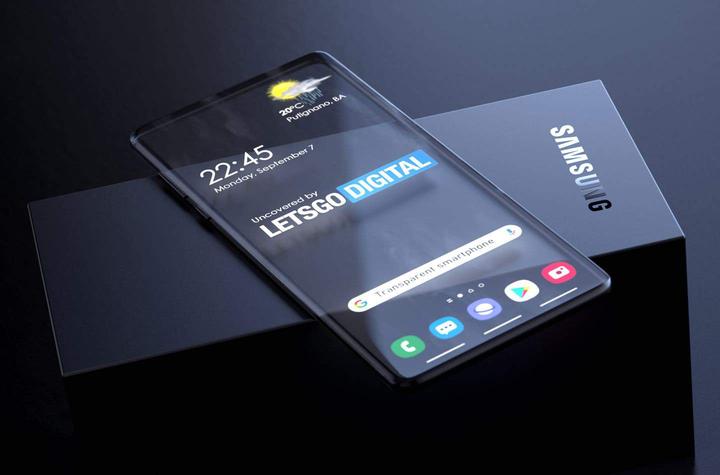 Samsung Galaxy Z Slide to use a transparent foldable display

The Galaxy Z Fold 3 and Galaxy Z Flip 3 are Samsung’s 3rd generation foldable phones. The devices are greatly improved compared to previous models. In the background, the South Korean manufacturer is developing numerous new foldable smartphone designs. Recently, LetsGoDigital reported on an extra-large Galaxy Z Flip & Slide smartphone. This device is a very unique and versatile multi-folding Galaxy Z Fold. In the meantime, Samsung is investigating the possibilities of developing a pull-out phone with a transparent screen. This speculation is from the company’s latest patent. 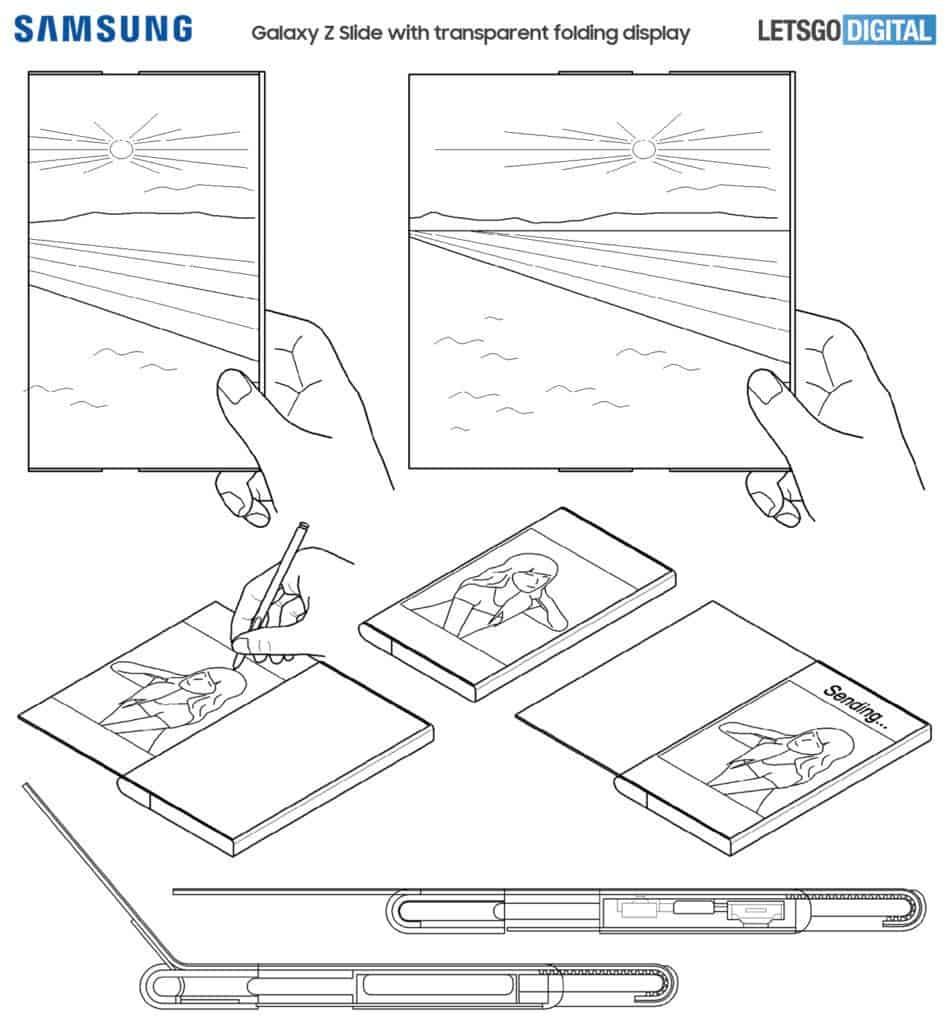 In July 2021, Samsung Electronics filed a patent with the WIPO (World Intellectual Property Office) for a “Slidable electronic apparatus and method for using a transparent display in said electronic apparatus”. The extensive documentation describes a Samsung Galaxy smartphone whose screen is extendable in width. This allows you to enlarge the display area in an instant, ideal for those times when a large screen is desired.

The flexible display extends from the right side to the back of the smartphone. In its most compact form, it is, therefore, a double-sided display telephone. A special feature here is the option to disconnect the screen part from the housing at the back. Users can rotate the screen can to make it upright. This creates a similar form factor to a laptop – for extra versatility. This way you can use multiple apps side by side without any problems. Ideal for work, but also for entertainment such as mobile gaming or viewing multimedia content.

The document also shows that Samsung wants to make the screen part transparent. To make this possible, the company will make use of polarizing plates. The degree of transparency depends on the use – from fully translucent to partially translucent.

As soon as the user wants to take a picture, the display will become transparent, so that the camera can shine through it well. Users can select a filter type – such as an Ultraviolet filter, a neutral L filter, a polarizing filter, and a cross filter.

The Samsung Galaxy Z Slide in the patent comes with multiple cameras. The rear camera system consists of multiple sensors that are under the display. There is talk of a wide-angle and a telephoto camera or a stitching camera. To measure distant objects, there is an infrared projector.

In addition, an under-display front camera is available for taking selfies and making video calls. Furthermore, users can make use of the rotating camera which can move forwards and backward for selfies.

how does the folding phone work