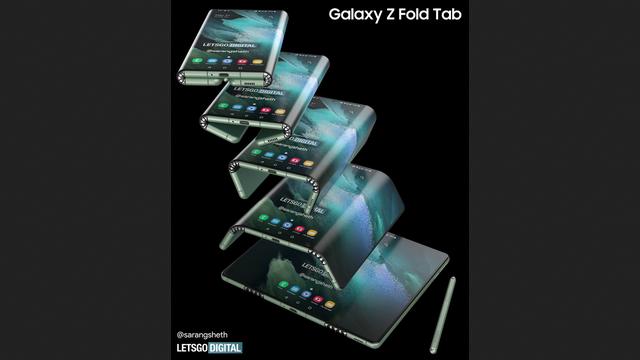 According to the latest leaks, Samsung seems to be making progress with what might be a coming improvement on the existing Galaxy Z Fold series: a tablet-sized device that can fold down to smartphone-like proportions thanks to its dual hinges. They may also allow this "Galaxy Z Fold Tab" to assume laptop-like shapes, along with other, more innovative, modes, thanks to its more extensive foray into flexible-display technology. 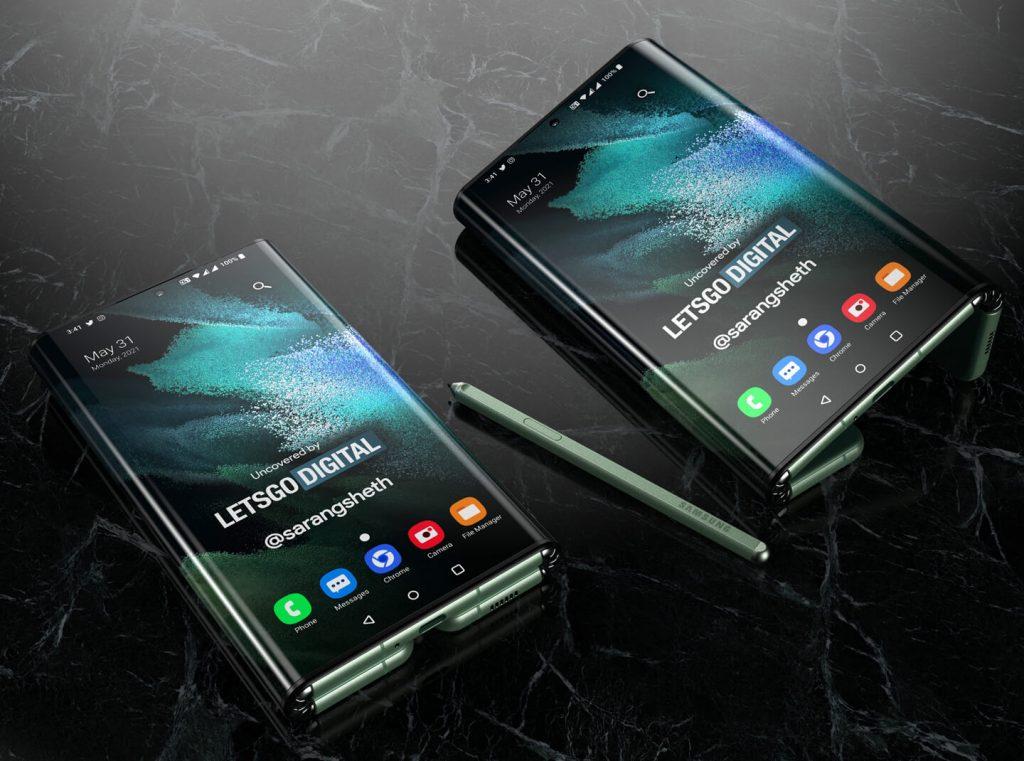 Now, a new patent (published by the United States Patents and Trademarks Office (USPTO) in May 2021) seems to confirm that Samsung is at least considering the development of such as product. The document clearly depicts a tablet, the outer 2 thirds of which can move freely relative to the middle porion thanks to 270-degree hinges, and the UI that leverages these new possibilities.

All in all, it shows that a prototype "Galaxy Z Fold Tab" could indeed live up to all its prior leaks, the ability to form an actual Z included. The patent's diagrams have also been converted into high-quality, Sarang Sheth x LetsGoDigital renders.

They envision a "Z Fold Tab" with centrally-mounted cameras that can peek out from between the device's "wings" when the device is folded, and that an S Pen could be housed under these lenses, probably via magnetic contacts. Then again, the patent does not mention anything like this, preferring to focus on design and use-cases instead.

The Galaxy Z Fold2 is available to buy on Amazon