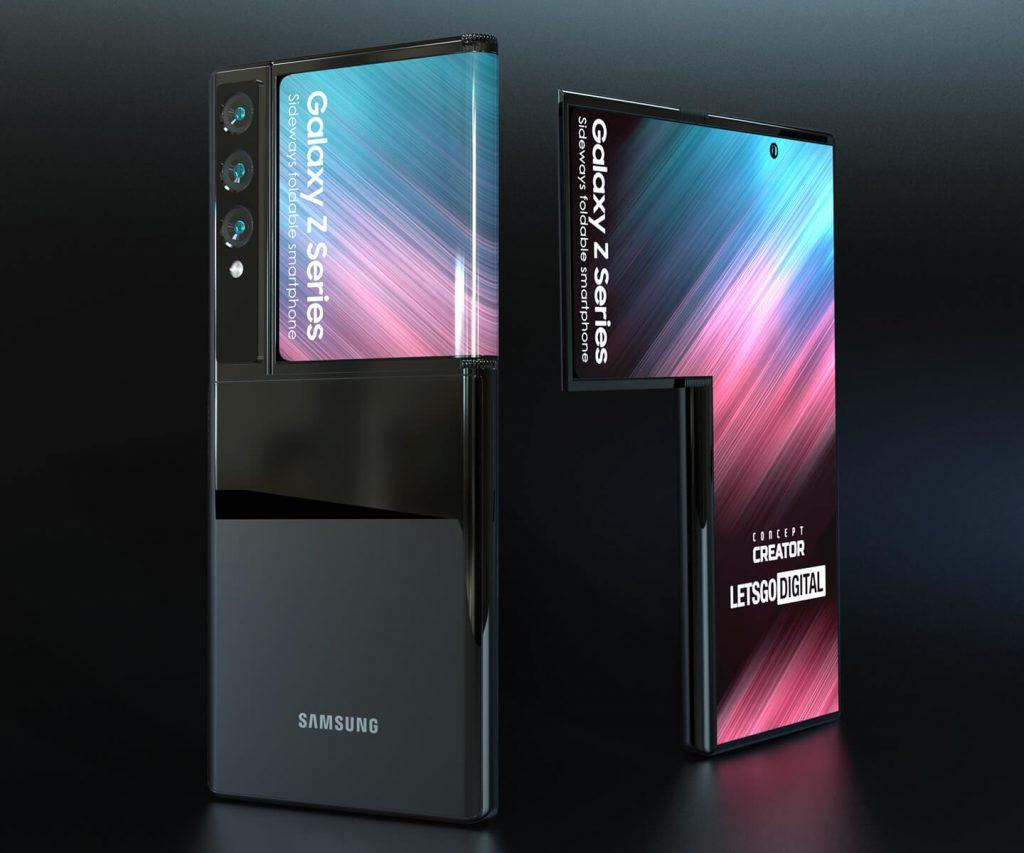 Samsung patented a phone with a sideways folding display

Samsung’s latest patent is a strange one. LetsGoDigital and Concept Creator imagine the Korean smartphone maker’s latest L-shaped smartphone in the form of renders. The patent (filed with WIPO) features a folding display that opens out sideways, and this portion of the display wraps around towards the back of the device when in the “closed” position.

The features that we envision for this kind of device remind us of the LG Wing. The secondary display of the Wing was used to sometimes open secondary apps in a smaller window, or to display additional information while playing a game or watching videos. This unreleased Samsung device could be used while holding it upright or sideways, with the auxiliary display “flap” opening to the left or top, respectively. 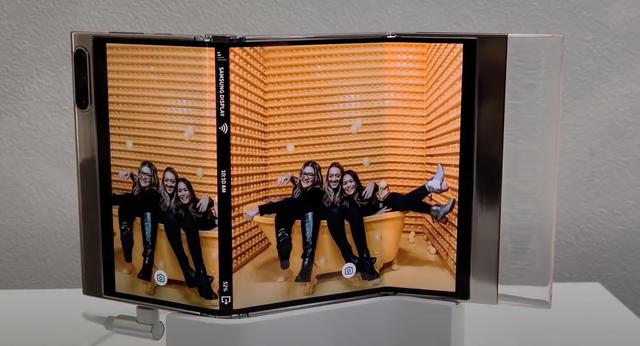 Since the screen folds backwards, this portion of the display could potentially be used as a viewfinder for the rear cameras. According to the patent’s drawings, there is a triple-camera setup and LED flash, but there’s no information as to their exact details.

Other details mentioned in the patent include a two-part battery, and that the folding display would be made of Samsung’s UTG (Ultra Thin Glass), the same protective layer that’s used on Samsung’s Galaxy Z Fold3 and Z Flip3.

One of the challenges with a design like this would be incorporating a folding hinge on the inside of the device, with the screen wrapping around it. Samsung hasn't made an outward folding hinge before. Plus, the hinge would need to take up space - perhaps the reason for the dual-battery setup.

Tech companies often file patents for devices that never go to production. Whether Samsung would ever release a smartphone with an L-shaped design remains to be seen.

a phone that folds