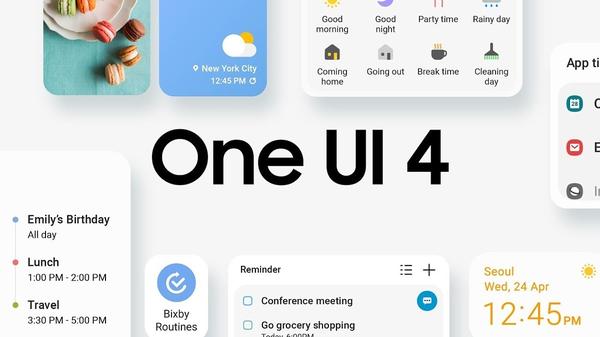 In November last year, Samsung shared the One UI 4 rollout schedule for all eligible devices. According to the schedule, the company was supposed to release One UI 4 based on Android 12 to all of its recent flagships by the end of last year. And while there were quite a few setbacks, Samsung has successfully managed to push One UI 4 to almost all of them. In fact, the company has even rolled out One UI 4 to two mid-range Galaxy A series phones — the Galaxy A52 4G and the Galaxy A72 — and it doesn’t seem to be slowing down. The Galaxy A42 5G and the Galaxy A52 5G are the next in line to receive the One UI 4 treatment, and the update has already started rolling out to some users.

Galaxy A42 5G users in the US and Poland have already started receiving the latest update, which brings all the new features introduced in Android 12 and the Android security patches for December 2021. The global variant of the Galaxy A42 5G (model number SM-A426B) is getting firmware version A426BXXU3CUL9, while the US carrier variant (model number SM-A426U) is getting firmware version A426USQS3BUL8. The latter is available for Verizon, T-Mobile, Spectrum Mobile, Sprint, and Xfinity Mobile variants of the device.

In case you have either of these devices, you should receive One UI 4 via an OTA update in the coming days. If you don’t want to wait, you can follow our tutorial on how to update your Samsung Galaxy smartphone to download and install the latest firmware manually.

A Literature and Linguistics graduate with a keen interest in everything Android. When not writing about tech, Pranob spends most of his time either playing League of Legends or lurking on Reddit.