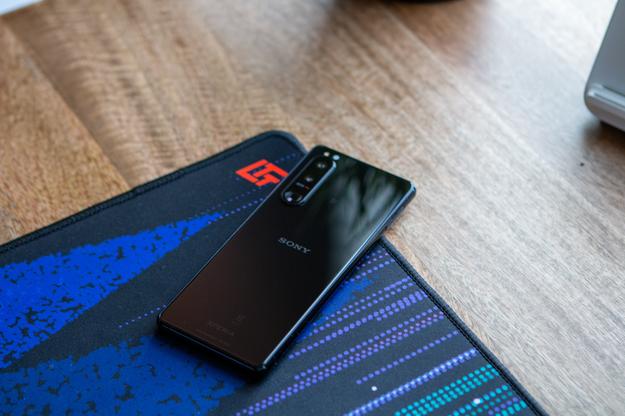 Hot on the heels of my Xiaomi 12 review, I have also had the opportunity to check out another compact flagship. This time around, however, the Sony Xperia 5 III has crossed my desk, which aims to provide users with another viable option if they don’t want a behemoth of a phone.

In true Sony fashion, the Xperia 5 III is a lot taller and more slender than other devices that you might be considering. But with its 6.10-inch display, you can easily reach the top of the screen without needing to fumble around and re-adjust your hand. It’s a design choice that we’re big fans of, as it’s just something different and unique compared to the rest of the competition.

However, while it’s easy to use the phone, there are a few gripes that I’ve come to have in my time with the phone. The biggest of which is definitely a personal one, but it’s the glossy finish. Unlike the Sony Xperia PRO-I, with its matte finish around the back and the frame, you’ll find nothing but fingerprints on the Xperia 5 III from the time you take it out of the box.

Using this phone without a case almost feels like it should be a crime, just because of how dirty it can end up looking even if you use it for just a few minutes. This continues with the edges of the phone, as all of the various buttons (other than the power button) are covered in the same material.

Speaking of the buttons, we’ll give Sony some props here, as I’m still a big fan of having all of your controls on one side of the phone. But it seems that Sony decided to go a bit overboard this time around, as there are a total of five buttons on the right side. You have the volume rocker, a power button that doubles as a fingerprint scanner, a camera shutter, and even a dedicated button to activate Google Assistant.

One thing that you might want to be wary of when it comes to one of Sony’s latest phones is the fingerprint scanner. I love that the scanner is integrated into the power button, as this might just be my favorite implementation. But I can’t tell you how many times I would take the phone out of my pocket, try to place my finger on the scanner, only to be met with a “you’ve tried this too many times” error message. It’s extremely frustrating because the sensor just seems so sensitive and there’s really nothing that can be done to fix it, other than just relying on a PIN or password. 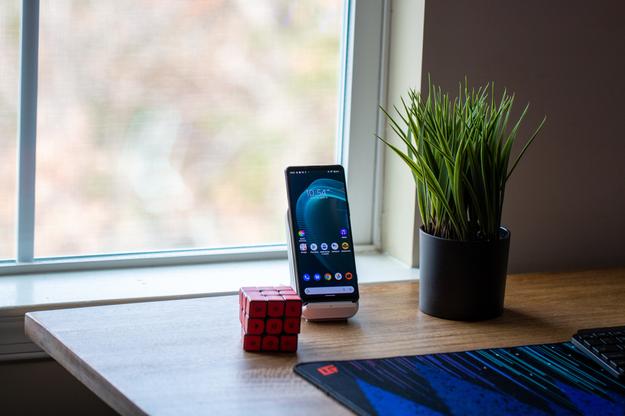 Now that we got that out of the way, the design of the Xperia 5 III is much better than I expected it to be. Admittedly, there were times when the phone felt just too small for my hands, but it’s just one of those “growing pains” that you have to get past. It’s similar to the cover screen on my Galaxy Z Fold 3, just without the “hidden” folding screen.

For most of the time that I spent with the Xperia 5 III, it was a breeze to use. A lot of this can be attributed to the fact that it’s powered by the Snapdragon 888, which is still an extremely capable chipset. One could even argue that it’s a better pick than the Snapdragon 8 Gen 1, as there seem to be some overheating issues with Qualcomm’s latest chip.

Something that stood out to me with the PRO-I and subsequently the Xperia 5 III is the software interface. Sony has never been extremely egregious when it comes to trying to implement a UI that is just gaudy or ugly. But the Xperia 5 III is extremely simplistic, adding just enough features to stand apart from the Pixel. Coming to the realization reminded me of the Moto X days when it was the next best thing to have outside of a Pixel or Nexus device.

Honestly, I wish there was more to say about the performance of the Xperia 5 III, but the truth is that it’s just another 2021 flagship phone. Sure, it was only released to the U.S. earlier this year, but the Snapdragon 888 and the 8GB of RAM offer more than enough power. Playing your favorite games and switching between apps is a breeze, and you likely won’t notice any hiccups.

Battery life was another area where the Xperia 5 III excelled greatly, as even the standby time for this phone was off the charts. The use of a smaller and thinner 1080p display is definitely paying dividends, and you’ll easily make it through an entire day, even if you spend too much time playing games or browsing Reddit.

Much like the Sony Xperia PRO-I, there’s a dedicated camera button on the side of the Xperia 5 III. Pressing and holding the button will instantly open Sony’s own camera app, while also doubling as a traditional shutter. This also means that you’ll be able to press the button “halfway” in order to focus, or you can just tap the screen. I found myself tapping the screen more frequently, as the shutter button isn’t all that large, and there’s not much give so you might just end up taking the picture when you were trying to focus.

On the back of the Xperia 5 III, Sony offers the same 12MP triple camera array like the one found on the Xperia 1 III. This includes a 12MP main lens, a 12MP ultra-wide lens, and a 12MP telephoto sensor. But my favorite option out of the bunch was definitely the telephoto lens.

There are actually two different zoom lenses packed into this one, offering either a 2.9x or 4.4x zoom. Of course, there isn’t really all that much of a difference when switching between the two, but it definitely could help you get that much closer without needing to actually move.

Unfortunately, I didn’t come away with the same feelings that I did after spending time with the Xperia PRO-I. But that’s also not surprising when you consider that these phones are meant for two different audiences.

Something that really stuck in the back of my mind with the Xperia 5 III is the cost. Sony’s retail price for this phone here in the U.S. comes in at $999 and with options like the Galaxy S22 and Pixel 6 available it might be a tough pill to swallow. Samsung’s compact flagship starts at $799, while the Pixel 6 is just $599.

Sure, Sony’s promise here is to provide a flagship experience in a compact form factor, and it executes that very well. But this steep price tag is going to make it difficult for the Xperia 5 III to be considered a true contender in the space. And it’s really a shame because this is another great Sony device.

From a hardware and performance perspective, the Xperia 5 III checks a lot of boxes if you’re in the market for a compact flagship phone. Unfortunately, Sony might have priced this one out of reach for many, especially when you consider the Galaxy S22 and Pixel 6.

is the folding phone out