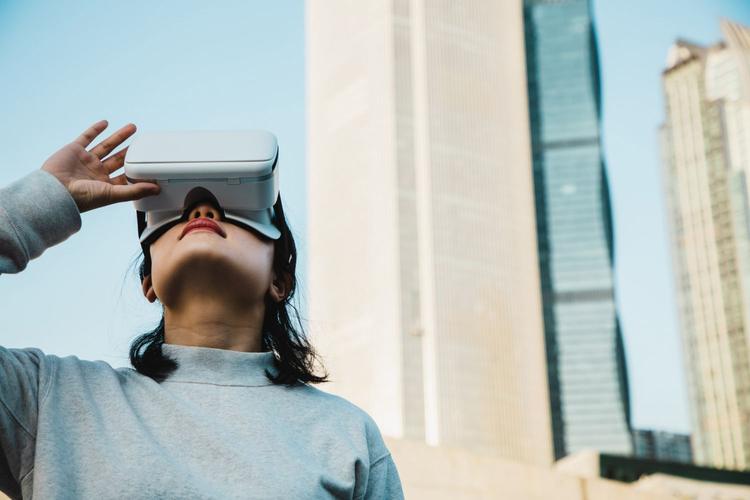 If you believe Facebook, the future is a virtual reality "metaverse."

The tech giant, which changed its name to Meta last month, plans to invest $10 billion this year to develop products that support augmented and virtual reality — a robotic hand, high-tech VR glasses and sophisticated software applications, to name just a few. Analysts expect the company to spend at least $50 billion to achieve its promise of a virtual reality future.

But Meta is far from the only player. In fact, a half-dozen other companies are already building out the hardware and software that will be the next generation of virtual interaction — something Wall Street sees as a $1 trillion market. The companies include Google, Microsoft, Apple, Valve and others building out products for work and communication. Smaller startups are likely to join them as investors flood into the market.

"The metaverse is real and Wall Street is looking for winners," Wedbush analyst Dan Ives said in a note.

These are some of the firms whose products Facebook will have to contend with as it seeks to put its stamp on the meta-landscape.

Google Cardboard might be the most successful VR project in history. In 2014, what was then the world's largest tech firm asked millions of people to strap their smartphone to their face with a piece of cardboard. Google says it shipped "tens of millions" of foldable headsets and Google Cardboard apps were downloaded over 160 million times. It wasn't the highest-resolution, or high-tech, experience but the strategy helped introduce millions of students and aspiring developers to virtual reality.

It also helped Google pivot from its previous augmented reality experiment, Glass. Today the augmented reality glasses are marketed as a tool for enterprise businesses, but when it launched Google's expectations were sky high. Literally: The $1,500 product was announced by Google founder Sergey Brin as he jumped out of an airplane.

Glass was essentially the guts of a smartphone with a small camera mounted on a frame of non-prescription glasses. The project flopped, but not before spawning countless memes. 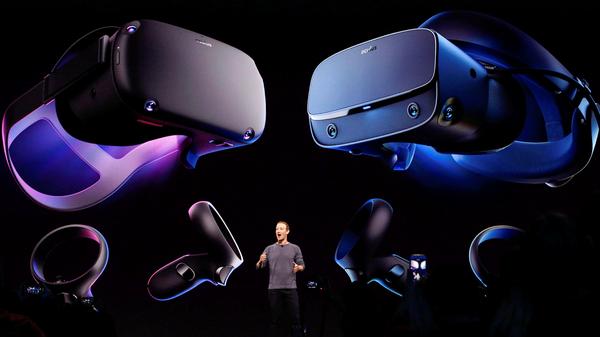 Microsoft announced the Hololens mixed reality glasses in 2015. Rather than flood the consumer market with marketing hype, Microsoft quietly launched Hololens a year later as an industrial manufacturing tool targeted to a select group of enterprise firms. The $3,000 commercial suite shipped with a professional edition of Windows, with extra security features and software to aid application development. The second iteration debuted in 2019 and was slightly more expensive, but had a better set of cameras and lens mounts allowing for more precise operation, and offered a broader range of software capabilities including industrial applications.

Current Hololens users include heavyweights like Kenworth, Suntory and Toyota, which uses the headset to speed up training and car repairs, according to Microsoft.

If you believe the rumors, Apple has been on the cusp of releasing AR glasses for years. The iPhone maker released ARKit, the developer framework for creating augmented reality applications for Apple devices, with iOS 11 in 2017. According to the tech website The Information, Apple held a 1000-person meeting in 2019 to discuss AR on the iPhone and two potential future products, the N421 smart glasses and N301 VR headset. Analysts now speculate that Apple is gearing up to release AR products in 2022 and beyond.

Valve's Index headset is arguably the most robust consumer virtual reality product on the market. The high-resolution screen is smooth, and the controllers offer unmatched control inside virtual reality and gaming environments. The Index is also integrated with Value's Steam video game marketplace, which means the device is already stacked with compatible content.

It's also expensive and klugy. The full Index VR Kit is priced at nearly $1,000 and to function properly, the headset requires multiple cables and sensors. Valve continues to innovate and experiment with immersive virtual reality headsets. Analysts expect the Bellevue-based game company to release a standalone headset to compete with Facebook's Oculus Quest 2 soon.

Although the idea of virtual reality was partially inspired by science fiction novels, Big Tech's modern vision of an AR and VR future is directly inspired by Magic Leap. Founded in 2010, the company raised over $500 million in 2014 from companies like Google and chip maker Qualcomm. In 2015 the firm released a stunning video that purported to demonstrate the product's technology. But skeptics questioned the technology and the eventual product was panned.

The initial Magic Leap headsets were marketed at creative collaborative industries like design and advertising.

Dan Patterson is a reporter for CBS News. He covers the tech trends that shape politics, business and culture.