Home folding phone The Samsung Galaxy Fold is a ridiculous device. But it’s so cool 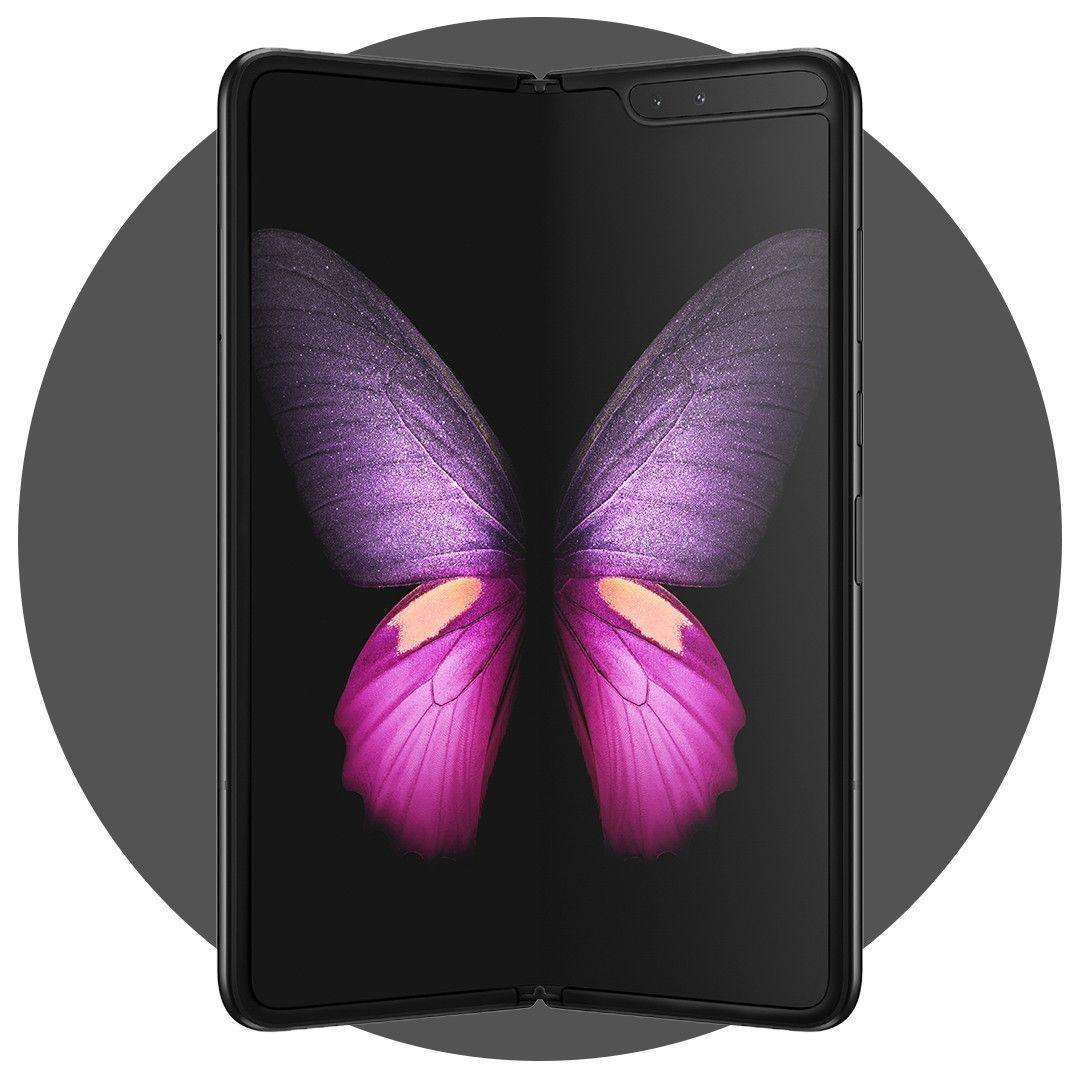 The Samsung Galaxy Fold is a ridiculous device. But it’s so cool

Picking up the new Samsung Galaxy Fold immediately reminded me of the first-ever cell phone my parents gave me: a Samsung M300, in ruby red, whose flipping hinge kickstarted a habit.

Flip open—click—flip close—clack. Our eighth grade class was run rampant with chronic phone flippers. Sure, Apple had just wowed the world by debuting the first iPhone, but no parent in their right mind would drop $500 so their hormonal preteen could text her friends about boys. So flipping it was (flip open—click—flip close—clack) until we got sliding phones, which were far less satisfying, and finally graduated to smartphones.

The Samsung Galaxy Fold is an utterly ridiculous device. But it’s something new, just like those flip phones were to us in 2008. It’s exciting. It is oh-so-satisfying to do what it was invented to do: fold and unfold, a feature that isn’t new—it’s just the hotdog-folding version of the hamburger-folding flip phone—but feels revolutionary. And for the first time in quite a long time, gadget lust has struck again.

That’s all most people will do with the Samsung Galaxy Fold, which goes on sale today: lust after it. This first model in this new breed of smartphone costs $1,980, to start. For that nearly-two-grand, you get a smallish tablet that folds up into a largish phone. Navigating Android‘s UI is not made easier by an additional screen to lose all your apps on. The tablet screen is capable of handling three application windows on one screen, ostensibly so you can watch YouTube, read email, and check the weather at once—a multitasker’s dream, or rather, a reflection of your laptop computer screen. 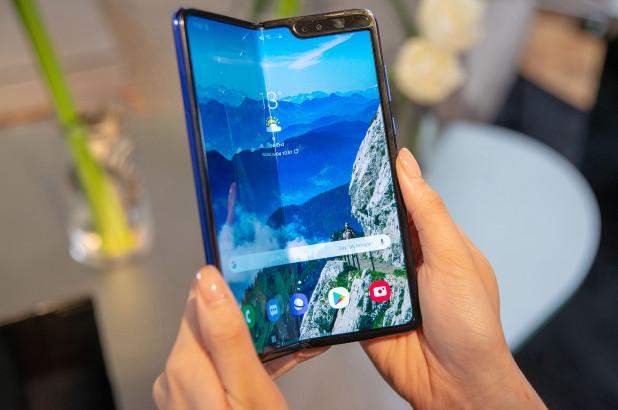 When closed, the front screen mimics the smartphone setup you’re used to, letting you access all those smartphone tasks quickly, should tablet capabilities not be required: text, call, read notifications, skip through playlists, etc. There are six cameras positioned in three places around the body of the phone, two of them hogging precious space on the tablet screen. The Galaxy Fold has the heft of the last landline phone your family owned, and the shape of it when folded closed. It’s chonky.

But the Galaxy Fold does the most important thing Samsung promised: fold. It snaps shut and glides open. It very nearly didn’t. In a rush to market, Samsung fully bungled the initial Galaxy Fold launch this April. When reviewers got their hands on it, they found it to be flimsy and malfunctioning. Its new owners accidentally destroyed their $2,000 machines by peeling off the glass tablet screen, because it looked like it was supposed to peel off. The hinge seemed to let in dirt. Samsung’s last center-stage hurrah had been exploding phone batteries, but this flimsy Fold wasn’t exactly instilling any confidence in Android users. So the company, a laughing stock, delayed the launch to now.

This new iteration of the Galaxy Fold is better, though it still comes with a laundry list of caveats. Don’t press the screen too hard with your nails. The crease down the center is supposed to be there. The magnets in the device might fuck up your credit cards or medical devices. A Samsung video called “Caring for your Galaxy Fold” makes it seem as high-maintenance as the International Space Station.

Samsung is very clear: This is a luxury smartphone. Buy it, and you get your own Fold Concierge as part of your complimentary Galaxy Fold Premiere Service to teach you how to use it—and also probably how to not break it. Because you will be afraid that you’re going to break it. It’s a hefty machine, sure, but it’s not what I’d call a sturdy one. How many folds does this thing actually have in it? you’ll think as you carefully clap it closed. Is today the day this brick bricks itself? you’ll wonder as you throw it in your work bag.

We consumers are smarter in 2019 than we’ve ever been. We know Apple isn’t reinventing the smartphone when it unveils its iPhone 11 Pro’s triple camera—it’s just making improvements. The smartphone race, technologically speaking, is now pretty even between Apple, Google and Samsung. We know that buying a new phone every year is stupid expensive, even with payment plans, and especially because each year brings fewer and fewer improvements—seriously, the last actually cool iPhone was the gold one. We know that the relentless phone cycle sucks resources out of the earth, and we feel pretty damn guilty about that. We also know that phone companies like Apple and Samsung and Google are not our friends and in fact are profit-gobbling entities making mega bucks off our data.

And yet. And yet, we can also see that the Samsung Galaxy Fold is a groundbreaking device, the first of its kind available en mass to consumers. For the first time in a long time, a gadget is making us—and I swear I’m not trying to sound schmaltzy here—dream of what the future might hold. Who cares if it’s not practical or strong or sleek? This is the gauntlet thrown down. Apple has to start innovating again so it can give us a super-thin iPhone that folds in half. Google has to improve its hardware—and also give us a super-thin Pixel that folds in half. Tech companies have to stop wasting our time and what little expendable money we’ve got with lame phone upgrade options, year after monotonous year.

Samsung will (hopefully) keep tinkering with this Fold design until it actually makes sense to invest in one. Lord knows I wouldn’t right now, unless you can’t bear to be left behind at the start of the next tech revolution: the return of the flipping phones.