Home folding phone Why are we still waiting for Apple to make a Galaxy-level budget iPhone?

Why are we still waiting for Apple to make a Galaxy-level budget iPhone?

When you take a step back, there's nothing very special about the iPhone SE. Yes, it's the least expensive iPhone and the cheapest entry into 5G, but the only pieces that are actually upgraded over the prior model are the least important ones: the modem and the processor.

Call the design classic or retro or time-honored if you must, but the bottom line is it's old. Really old. Like Apple-hasn't-introduced-a-new-iPhone-with-this-design-since-2017 old. Sure there are people who appreciate the home button and the one-handed design, but I'm willing to bet that those same people would also rather have more screen.

It's even worse when you stack the iPhone SE up against a competitor. Take the Samsung Galaxy A53 that just launched this week compared to the iPhone SE:

The technical reason is because night mode requires a secondary rear camera lens, but it's mostly because Apple didn't want to make a better phone. A single camera is fine for the iPad Air or mini, but on a 2022 phone, even one that costs $429, it's antiquated. Apple knows thisâ€”in fact, it sells a three-year-old dual-camera phone for just $70 more.

The best part of the iPhone SE is the wallpaper. 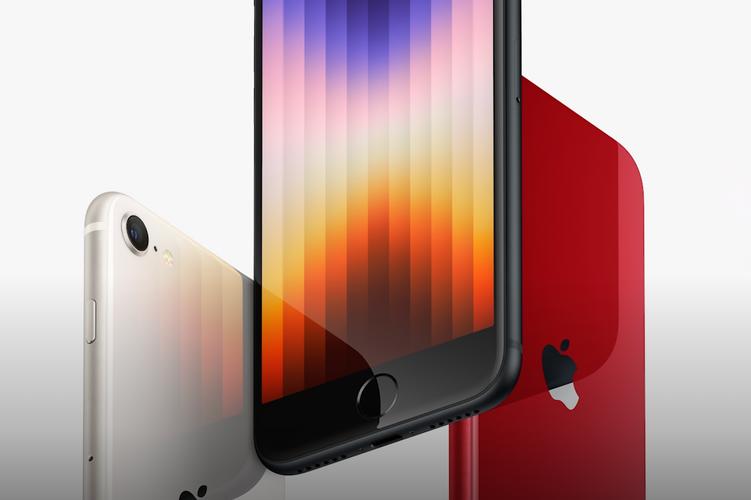 I can maybe understand why Apple didn't give the iPhone SE an all-screen display, but it could have added a second camera like the iPhone 8 Plus without increasing the price. In 2020, Apple sold an iPhone 8 Plus for $549 with the same 64GB of storage, so in 2022 Apple could have made it work at $429 if it wanted.

But it didn't. The iPhone SE is Apple at its laziest, a phone that's great in the wrong places and good enough in enough to be a viable product. Rather than build the best possible iPhone at its price, Apple built the price around the phone.

Samsung understands what people want in a budget smartphone: value not benchmarks. So while you'll read in our review next week that the $429 iPhone SE is as fast as the $999 iPhone 13 Pro, precisely none of the people who buy one will care about that. The A14 in the previous iPhone SE is plenty fast. The A13 in the iPad is plenty fast. Heck, the A10 in the iPod touch is plenty fast. (OK maybe not that last one.)

Apple could have built a phone around a rebranded A13 processor and redefined the iPhone SE. A dual camera, bigger screen, maybe even MagSafe, and no one would have complained about an older chip. The iPhone SE could have lived up to its name and been something special, but instead, it's an old phone with a new chip.

The iPhone SE is as fast as an iPhone 13 but shares no other similarities.

Some will argue that a new chip means you'll get updates for years to come, but I wonder how many iPhone SE buyers are going to want to keep using a decade-old design four years from now. The iPhone SE doesn't need the latest chip or even 5G to be successful. Case in point, the iPhone 11, which has none of those things, is still one of the most popular handsets and will be getting OS updates for years to come.

Where the Galaxy A53 has a similar aesthetic to the Galaxy S22 and doesn't immediately telegraph that it's a budget handset, the iPhone SE could be mistaken for an iPhone 6 from 2014. And if the iPhone SE looks old now imagine how it's going to look in 2025 when we have AR glasses and folding screens.

It doesn't matter that the iPhone SE is faster than the A53 or as fast as the S22. What matters is that it has a single camera, tiny screen, and so-so battery life, and takes terrible pictures at night.

Samsung gets it right when it comes to knowing what people want in a budget phone. Apple could too if it wanted. The pieces are all there. They just need to be put in the right places.

how does the folding phone work