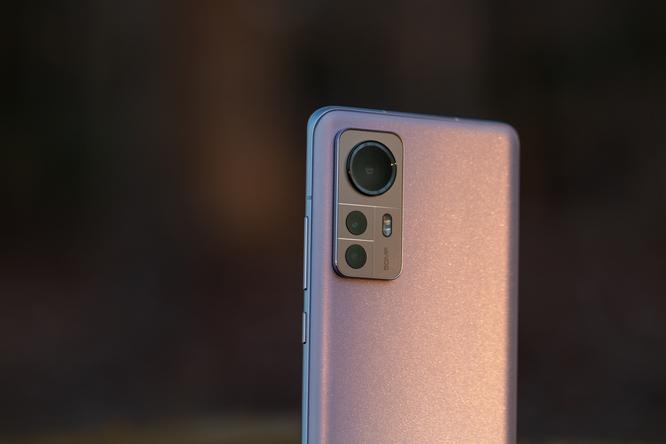 Xiaomi is one of those brands that I, myself, have always admired from afar. Over the years, I’ve had the occasional opportunity to put some different Xiaomi phones through their paces and have largely come away impressed. Not to spoil this review entirely, but that trend continues with the Xiaomi 12.

However, with Xiaomi’s latest flagship, there were some things that impressed me in ways that I didn’t expect. So without further adieu, let’s dive into the Xiaomi 12 to determine whether this should be in consideration for your next smartphone.

If you’e read my previous reviews or opinion pieces here, you might know this already, but I’m a fan of larger phones. My daily carry consists of a Galaxy Z Fold 3 and iPhone 13 Pro Max, two of the largest flagship phones that are available on the market. I’ve usually tried to avoid the compact flagships as they tend to make my larger hands cramp up when being used for extended periods of time.

The Xiaomi 12 comes in with a 6.28-inch display, so needless to say, this originally felt like a toy compared to the other phones in my “arsenal”. But there was something about the design that made me want to just pick up the Xiaomi 12 on a regular basis.

While Xiaomi hasn’t adopted the flat display trend we’ve been seeing with “smaller” flagship devices, the curves are definitely nowhere near as severe as something like the Galaxy S22 Ultra orPixel 6 Pro. Accidental touches have been practically non-existent unless I was just holding the phone in an awkward position.

Xiaomi includes a clear TPU case in the box, which I used for a while, but the material on the back itself is a dream. The model I am reviewing features the “purple” colorway, which is closer to lilac than anything else. But there’s a soft texture on the back that is much more comfortable to hold than what you would find in the Galaxy S22 or iPhone 13 Pro Max with their textured glass. It’s the first phone that I’ve used in a while that didn’t make me feel like I immediately needed to go grab a dbrand skin.

With the Xiaomi 12, you’ll also find all three hardware buttons on the same side, something that I have come to enjoy over the years. This just makes it easier to turn the screen off or adjust the volume without needing to play finger gymnastics.

When Xiaomi announced its new lineup of flagship phones late in 2021, the company led off the introduction with news that both the Xiaomi 12 and 12 Pro are rated with A+ scores from DisplayMate. Normally, this doesn’t matter all that much to me, as I’m more inclined to care about a faster refresh rate than a panel that looks good. But the Xiaomi 12 checks all of the boxes here. 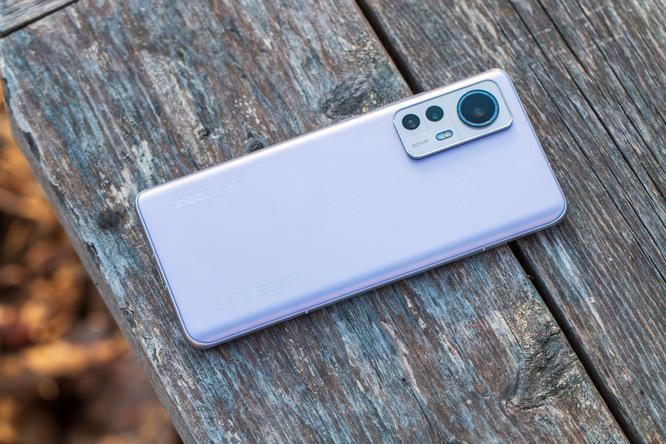 While the use of the impressive Samsung E5 display and LTPO technology was reserved for the Xiaomi 12 Pro, the smaller phone is no slouch. You’ll definitely want to jump into the Display settings to tweak things to your liking, but even out of the box the Xiaomi 12 just simply looks fantastic.

We have a variable refresh rate switching between 60Hz and 120Hz based on what you’re doing, or you can force either of these to be used all of the time. And while I left the phone on the “Auto” setting during my time with it, I did go into the “Color Scheme” settings and tinker around. Vivid is the default out of the box, and it just reminds me of Samsung’s slightly-oversaturated display.

But I found that I really came to enjoy the “original color” option as it felt more true-to-life compared to the other options. And if none of the presets work for you, there’s another option where you can change the color temperature of the display yourself.

This is one area where I’m a bit conflicted, but for reasons that I wasn’t expecting. During my time with the Xiaomi 12, I never experienced any major hiccups, crashes, or even lags while using the phone. This is a testament to the Snapdragon 8 Gen 1’s power, paired with the 8GB of RAM, which isn’t even the highest configuration that you can get.

Playing games and browsing Twitter or Reddit definitely ate up some battery, but there really wasn’t anything that the 12 couldn’t handle. However, Nick and I have been running just about every phone that we review through a series of benchmarks and came away with a bit of a head-scratching experience.

The Xiaomi 12 was able to handle tests like PC Mark’s Android Battery Test and Geekbench. It even handled the 3DMark Wild Life (standard) test, albeit with much lower scores than we were expecting. Where the confusion came in was when running 3D Mark’s Wild Life Stress Test. The phone continued to overheat, prompting the benchmark to stop entirely. And we never managed to get the test to get completed, which just doesn’t make much sense.

Moving onto battery life, this was another area where I could see the Xiaomi 12 become my full-time daily driver if the opportunity arose. The phone is only equipped with a 4,500mAh cell, which is pretty standard for a phone of this size. But Xiaomi has worked a bit of magic somehow, as even with using 120Hz, I was able to get more than a full-day usage out of it on a regular basis.

And then, when I ended up playing too much Slay The Spire during the day and needed a top-off before heading to bed, the 50W fast wireless charging came to the rescue. Xiaomi equipped this phone with both 67W fast wired charging and 50W wireless charging, so you’ll never have to wait around just to get some extra juice.

If there’s anything that I came away disappointed with when it comes to the Xiaomi 12, it’s the camera array. I’m one of those “weirdos” that LOVES having a good telephoto lens available on my phone, and the Xiaomi 12’s 5MP “telephoto macro” lens ain’t it. The two primary cameras consist of a 50MP main shooter and a 13MP ultra-wide lens, which are more than capable of providing some excellent shots, even in less-than-ideal lighting conditions.

But I really would have liked to see a true telephoto lens included here instead of this telephoto/macro hybrid. I understand the reasoning behind it, as Xiaomi has limited space in this smaller build, but it just didn’t hit the mark for me.

Another year, another Xiaomi phone release that makes me wish it were easier to get these phones here in the U.S. Honestly, Xiaomi is likely the only brand that would make me switch away from Verizon just to be able to use these phones on a daily basis.

The Xiaomi 12 not only confirmed my desire to see the company enter the western market, but it also made me re-think my idea of not using a compact flagship. I wouldn’t go for something like the smol Galaxy S22, but I am considering picking up the Xiaomi 12 for myself just to use with my Google Fi SIM so I can carry it around with me.

Xiaomi has done a wonderful job over the years with its flagship devices, and that trend continues with the Xiaomi 12. If you’re in the market for a new flagship, don’t want (or need) a behemoth like the Galaxy S22 Ultra or iPhone 13 Pro Max, and can actually get your hands on the Xiaomi 12, then you should definitely consider this one.

Simply put, if the Xiaomi 12 were readily available here in the U.S., I would likely consider it to be my next flagship Android phone. If you can get your hands on this one, you definitely won’t be disappointed.

why verizon doesn't have the samsung fold phone