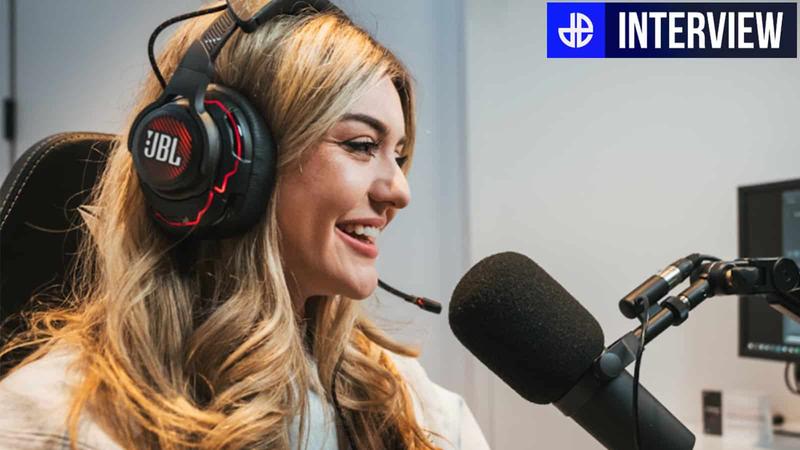 BrookeAB is a top-tier Twitch streamer signed to 100 Thieves – but, for Brooke, being an internet star also means working to make the gaming space a safer place for other women.

We got the chance to sit down with BrookeAB as part of 100 Thieves’ partnership with audio tech company JBL for the release of their upcoming headset collaboration.

Brooke – who boasts a whopping 1.3 million followers on Twitch and 370,000 subscribers on YouTube – opened up about her experiences as a streamer, a woman in gaming, and an unintended “role model.”

Brooke’s path to internet fame first started in late 2019, when she skyrocketed from 10,000 Twitch followers to over 270,000 in the span of a single month.

BrookeAB is a Twitch streamer with over 1.3 million followers. She notably signed to 100 Thieves in later 2019 after seeing immense growth on her channel.

That surge marked a major change for the streamer, who was fully prepared to exit college life to enter the “real world” and get a job in forensic psychology. 100 Thieves were quick to spot that growth, signing Brooke and kickstarting what she calls one of “the best experiences of my life.”

“It was such a surreal experience, because I was never expecting to do streaming as my career,” she explained. “It was something I just did in my free time that I really enjoyed, that I was passionate about.”

“It was such a huge jump that I couldn’t wrap my mind around it. It was so strange. My friends were like, ‘I just saw a YouTube video that had you on it. What’s going on?’ … It was hard for me to even wrap my mind around, that people wanted to watch me or follow me on that scale. It was a nice little confidence boost, like ‘okay, I can do this. This could be my job!’”

Now, Brooke is one of the biggest streamers in the game – but it’s not all sunshine and roses.

Being a woman in the gaming world

Brooke has been open about her struggles with stalkers throughout her career, openly calling for change on major social media platforms. Since rising to stardom as a streamer, she’s dealt with stalkers threatening her and even sharing her personal information online – but she’s not backing down.

When asked about her advice for other women trying to get into streaming, she believes that standing your ground is the most important thing you can do.

“Don’t let stupid trolls on the internet stop you from doing what you love,” she advised. “I’ve been there so many times, like, ‘Gah, maybe this isn’t for me, maybe I can’t handle this.’ I think a lot of women in this space have felt the same thing. It would just be a shame if we let people behind a screen stop us from doing what we love and what we’re passionate about just because they wanna be a jerk over the internet.” 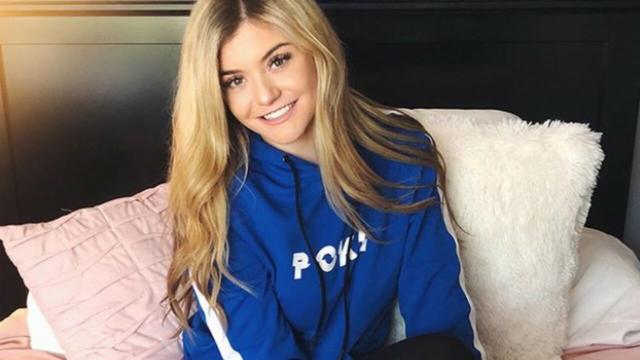 From “Symfuhny’s girlfriend” to “Brooke’s boyfriend”

As Mason ‘Symfuhny’ Lanier’s girlfriend, Brooke has also had to navigate what so many other women have: Being labeled as a “girlfriend” instead of… herself. Marzia Kjellberg notably experienced a similar situation back in 2018 after regularly being pigeonholed as “PewDiePie’s wife,” which prompted her to leave YouTube after seven years on the platform.

Brooke feels that she’s overcome this hurdle, although at first it was “tough.”

“That was what they were coming to watch – they wanted to see me and Mason interact,” she said. “My whole stream was, oh, I’m playing this with Mason. It was always ‘Symfuhny’s girlfriend,’ or, ‘that girl who plays with Symfuhny.’ It was hard, because I’m so thankful that meeting him and things like that provided me with all these people to come in my stream, but you get the, ‘Symfuhny made you.’ Okay, did he offer me a great opportunity? Absolutely. But would these people come back and watch me if I was boring and didn’t do anything?”

“It was tough at first, but we were in Vegas and we were walking, and it was the first time someone stopped us and they go, ‘Oh my God, Brooke, hey!’ And they turn around and they say, ‘Brooke’s boyfriend!’ At that moment, I was like, ‘What did you just say? I gotta document this, write that down!'”

“That was the turning point where I was like, I’m my own streamer … I kind of separated myself from being Symfuhny’s girlfriend.”

Not trying to be a “role model”

As a woman who uses her platform to speak out, it could be easy to label Brooke as a “role model” for other women in the space. However, Brooke just wants to stay true to herself while trying to make the scene a more positive experience for other women.

“People say the word ‘role model’ and things like that, but I don’t ever feel like that’s me,” she said of the term. “I’m happy to hear that, but I just want to be my most authentic self and be as open as possible about all issues I’m going through. I think that’s one of the main things about me being in this industry.”

Using her platform and partners to support women

Brooke says that working with partners like JBL has allowed her to amplify her message and broaden her platform. As she explained, “they’ve always given me a platform to speak about that. I’m so thankful for them, they’re one of my favorite brands to work with.”

Describing that platform and work to support women, Brooke pointed to the JBL Changemakers Panel, where she and other female streamers “had an open discussion about what it’s like being a woman in gaming, what issues we face, what we’d like to change.”

BrookeAB spoke out about her positive experience as a partner with JBL ahead of their upcoming collaboration with 100 Thieves.

The event was also in partnership with the 1,000 Dreams Fund to award 30 women in gaming $1,500 to further their careers.

While this opportunity was one of many things that can make being a streamer fulfilling, one of the more overlooked benefits isn’t getting invited to exclusive events or making the big bucks.

The best parts of being a streamer

For Brooke, a huge plus to being a streamer is getting to chat and interact with her audience. She says that talking to her viewers can make a crummy day a lot better.

“At my old job, I went to work, I went home, I went to school, I went home. I just kind of kept to myself. [In streaming], you meet so many people you would never, ever even know existed,” she explained.

“I go live every day and talk to these people in my chat. When people are regulars in my chat, I’m like, ‘How was work? I know you work at Chipotle. How was your promotion?’ You get to know these people. As weird as it is and you don’t know them, you get to interact with so many different people.”

BrookeAB wants to use her platform to make the gaming space a safer place for women.

“Something people don’t realize is that people will say in chat, ‘Thank you, I needed a distraction today,’ or things like that. That’s you guys for me sometimes. They don’t understand that it goes both ways. I could have a really bad day and go live, and then I’ll end my stream and go like, ‘Wow, I feel so much better!'”

BrookeAB is an overwhelmingly bubbly, positive, and resilient person whose work in the streaming space includes making strides for other women to succeed – and we can’t wait to see where life takes her next.

how to turn my phone into a gaming phone