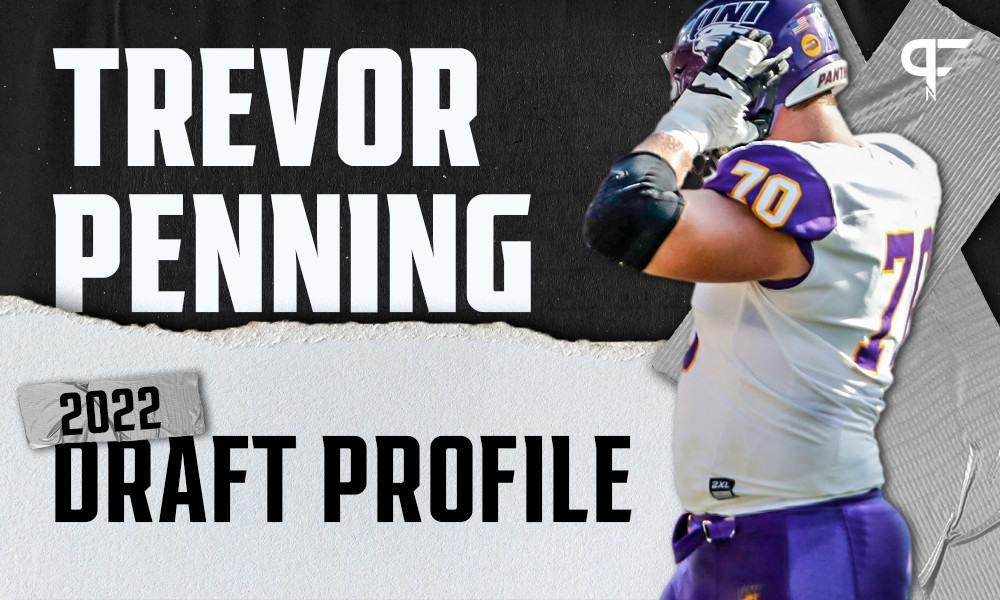 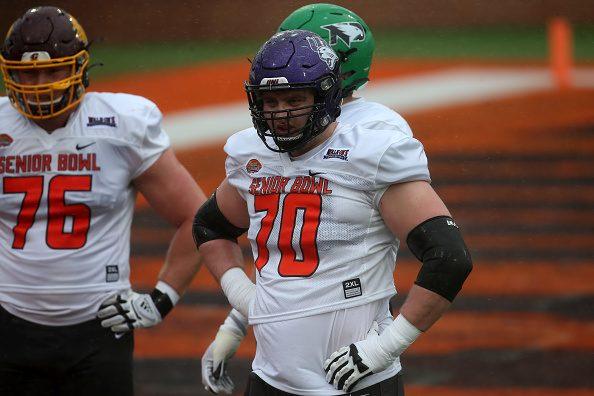 Mauling, nasty left tackle with textbook NFL frame and good athletic traits, although he dominated at the FCS level

A 0-star Rivals recruit in the Class of 2017, Penning was completely overlooked in high school by bigger programs, including Iowa State, which was about an hour down the road. He signed with UNI and redshirted in 2017 as he transformed his body, putting on nearly 100 pounds over his time there. After getting four games of action in 2018, he earned a starting role in 2019 — the opener at right guard and the next 13 games at left tackle. He'd remain there for the 2021 spring and fall seasons, playing a combined 17 games and earning a Senior Bowl invite and being named a Walter Payton Award finalist.

Penning fits best at tackle in our minds, although he could be serviceable at guard if needed. Ideally, he'd be featured in an offense that embraces the power run game and where he could receive occasional help in pass protection as Penning adjusts to NFL edge speed. He might have some early lumps, but Penning could be a Day 1 starter who works through some issues as a rookie and is ready for primetime in Year 2.

Penning is cut from the same cloth as Taylor Lewan, but perhaps not quite as NFL-ready Lewan was coming out